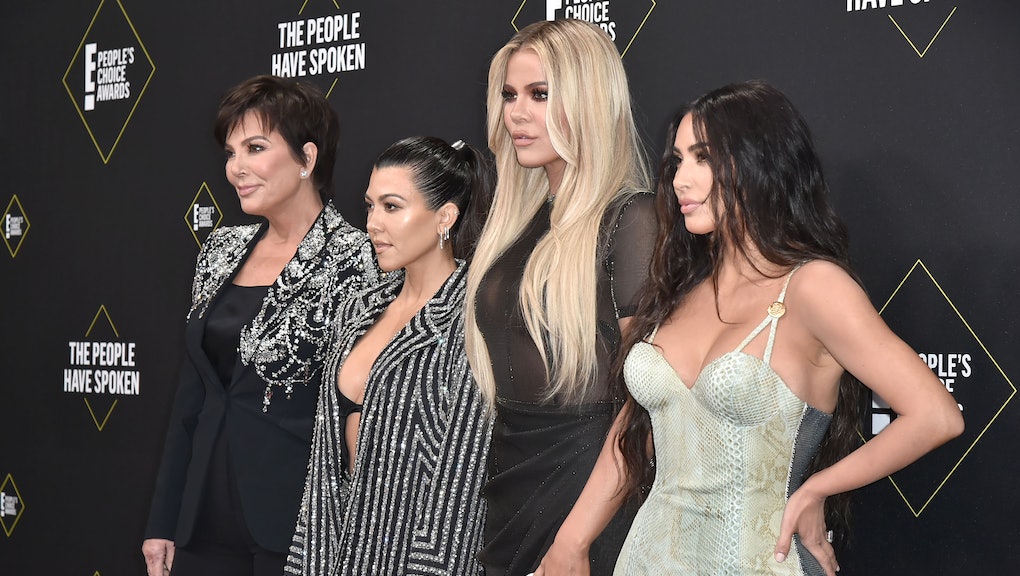 When Keeping Up with the Kardashians premiered in October 2007, George W. Bush was still the president of the United States. Hannah Montana was sweeping the nation. The Marvel Cinematic Universe and Instagram did not exist. Michael Clayton, one of the best movies of the century so far, was in theaters.

A lot has changed since the first season of the Keeping Up with the Kardashians, including the Kardashians themselves. Kendall Jenner is one of the world’s top supermodels (this is a fact, whether or not she is a good one is a different story). Caitlyn Jenner came out as transgender, and is running for governor of California. Kim Kardashian married Chris Humphries for 72 days, then married and filed for divorce from Kanye West. After naming Kylie Jenner “the youngest self-made billionaire” in 2019, Forbes retracted the title earlier this year after the publication discovered that she had exaggerated claims about her net-worth. Kourtney is dating Travis Barker of Blink-182. I honestly do not know what Khloe does with her time besides promoting migraine medication, but she’s had quite the transformation since season one. Although many of us would like to deny their influence, Keeping Up with the Kardashians is responsible for a lot of change in reality television, celebrity, and culture — and the show ends its 20-season run on E! this Thursday night.

In the early aughts, most reality shows about non-famous people were competition shows, save for MTV’s Laguna Beach and spin-off The Hills and Bravo’s The Real Housewives of Orange County, which came out in 2006. The only comparable show about a family just hanging out and living their lives was The Osbournes, which was one of the inspirations for Keeping Up with the Kardashians executive producer Ryan Seacrest. Unlike The Osbournes, who were already a famous family, the Kardashians had something to prove and would do anything to make a permanent splash, including making Kim’s infamous sex tape with Ray J the main storyline of the show’s first episode.

In 14 years, 20 seasons, and 10 spin-offs, the Kardashians went from boutique owners (in the first episode, Kim shyly says “I own a clothing store and I’m a wardrobe stylist”) to curators of fashion, beauty, and fitness trends, completely saturating culture and trends on a domestic and global scale. Among many trends the Kardashains are responsible for include contouring, big lips, athleisure, shapewear, and the exaggerated hour-glass figure. The Kardashains used the platform the show gave them to promote their brands so much that they have become brands. A shadow of their former selves follows them like a shadow, longing for a return but unlikely to ever get one. The Real Housewives of New York City star Bethenny Frankel would follow a similar track several years later, using the show to tirelessly promote her brand, SkinnyGirl. To Frankel’s credit, at least she always stuck with one brand.

The Kardashains are the original influencers, establishing the idea that celebrities and public figures have to share every aspect of their lives from the professional to the personal. They did this by becoming some of the most famous people on the planet through a reality TV show that followed their personal lives, but also by becoming some of the first celebrities to use social media in the curated way it’s used by everyone — from celebs to that person you know from high school who does MLMs — today.

Throughout the final season of Keeping Up with the Kardashians, the Kardashians have said that it’s time for the show to end. They say they’ll miss the show because it’s been a major part of their lives, but they’re tired and need personal space. In the penultimate episode, the family went to a rental in Lake Tahoe to reminisce on major moments from the series (aka their lives), and placed them in a time capsule. It is dramatic for a chapter of your life — especially one that changed your life -- to come to a close. But the Kardashian-Jenner family acts as if they’re walking slowly into their deaths, even though they already have an exclusive, multi-year deal with Disney to produce “new global content” that will stream on Hulu.

Keeping Up with the Kardashians evolved from a forced, slightly authentic family show to a manufactured, over-produced series of scenes depicting famous people eating salads and making phone calls that could be texts (this is a Kourtney subtweet). Maybe their concern is that their power and influence will end with the show that made them, and the everyday aspect of their lives, which is their brands, won’t be as appealing anymore. It’s more likely that the Kardashians will simply maintain their fame without any more growth, even with new content for Disney. The end of Keeping Up with the Kardashians might not mean the Kardashians are over for us, but it could mean the end to them.

More like this
A new season of 'Tiger King' is the last thing the world needs right now
By Chloe Stillwell
LeVar Burton doesn't want to host 'Jeopardy!' anyway, thankyouverymuch
By Kara Weisenstein
Late night hosts tried to solve the climate crisis (spoiler: they didn't)
By Kara Weisenstein
Stay up to date