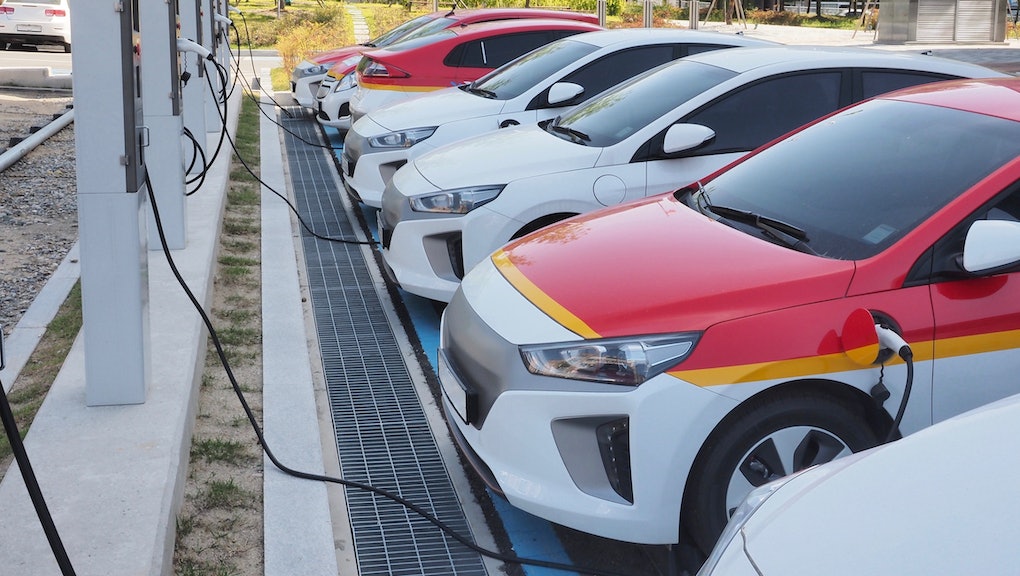 The environmental footprint of electric versus fossil cars

There is a lot of discussion on the benefits of electric cars versus fossil fuel cars in the context of lithium mining. Please can you tell me which one weighs in better on the environmental impact in terms of global warming and why?

Electric vehicles (EVs) seem very attractive at first sight. But when we look more closely, it becomes clear that they have a substantial carbon footprint and some downsides in terms of the extraction of lithium, cobalt and other metals. And they don’t relieve congestion in crowded cities.

In this response to the question, we touch briefly on the lithium issue, but focus mainly on the carbon footprint of electric cars.

The increasing use of lithium-ion batteries as a major power source in electronic devices, including mobile phones, laptops and electric cars has contributed to a 58% increase in lithium mining in the past decade worldwide. There seems little near-term risk of lithium being mined out, but there is an environmental downside.

The mining process requires extensive amounts of water, which can cause aquifer depletion and adversely affect ecosystems in the Atacama Salt Flat, in Chile, the world’s largest lithium extraction site. But researchers have developed methods to recover lithium from water.

Turning to climate change, it matters whether electric cars emit less carbon than conventional vehicles, and how much less.

The best comparison is based on a life cycle analysis which tries to consider all the emissions of carbon dioxide during vehicle manufacturing, use and recycling. Life cycle estimates are never entirely comprehensive, and emission estimates vary by country, as circumstances differ.

In New Zealand, 82% of energy for electricity generation came from renewable sources in 2017. With these high renewable electricity levels for electric car recharging, compared with say Australia or China, EVs are better suited to New Zealand. But this is only one part of the story. One should not assume that, overall, electric cars in New Zealand have a close-to-zero carbon footprint or are wholly sustainable.

A life cycle analysis of emissions considers three phases: the manufacturing phase (also known as cradle-to-gate), the use phase (well-to-wheel) and the recycling phase (grave-to-cradle).

In this phase, the main processes are ore mining, material transformation, manufacturing of vehicle components and vehicle assembly. A recent study of car emissions in China estimates emissions for cars with internal combustion engines in this phase to be about 10.5 tonnes of carbon dioxide (tCO₂) per car, compared to emissions for an electric car of about 13 tonnes (including the electric car battery manufacturing).

Emissions from the manufacturing of a lithium-nickel-manganese-cobalt-oxide battery alone were estimated to be 3.2 tonnes. If the vehicle life is assumed to be 150,000 kilometers, emissions from the manufacturing phase of an electric car are higher than for fossil-fueled cars. But for complete life cycle emissions, the study shows that EV emissions are 18% lower than fossil-fueled cars.

Upstream emissions of EVs essentially depend on the share of zero or low-carbon sources in the country’s electricity generation mix. To understand how the emissions of electric cars vary with a country’s renewable electricity share, consider Australia and New Zealand.

In 2018, Australia’s share of renewables in electricity generation was about 21% (similar to Greece’s at 22%). In contrast, the share of renewables in New Zealand’s electricity generation mix was about 84% (less than France’s at 90%). Using these data and estimates from a 2018 assessment, electric car upstream emissions (for a battery electric vehicle) in Australia can be estimated to be about 170g of CO₂ per km while upstream emissions in New Zealand are estimated at about 25g of CO₂ per km on average. This shows that using an electric car in New Zealand is likely to be about seven times better in terms of upstream carbon emissions than in Australia.

This illustrates that electric cars are responsible for more emissions than their petrol counterparts in the recycling phase. But it’s important to note the recycled vehicle components can be used in the manufacturing of future vehicles, and batteries recycled through direct cathode recycling can be used in subsequent batteries. This could have significant emissions reduction benefits in the future.

So on the basis of recent studies, fossil-fueled cars generally emit more than electric cars in all phases of a life cycle. The total life cycle emissions from a fossil-fueled car and an electric car in Australia were 333g of CO₂ per km and 273g of CO₂ per km, respectively. That is, using average grid electricity, EVs come out about 18% better in terms of their carbon footprint.

This article was originally published on The Conversation by Arif Hasan & Ralph Brougham Chapman. Read the original article here.