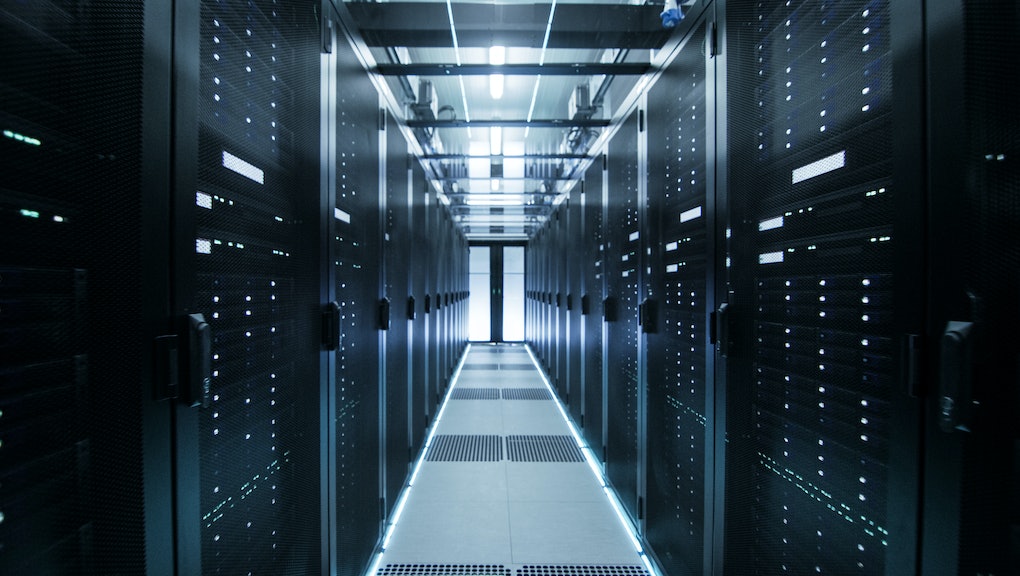 There are some things that we know, without a doubt, have a negative impact on the environment — things like gas-guzzling vehicles, coal plants, single-use plastics, and cow farts. But there are other things that we don't give much thought to that also have the potential to do significant harm to the environment, like all of your data. And when calculating your carbon footprint, the environmental impact of data storage is probably something you're leaving out.

All of the shows and movies you stream, your important documents that you need access to everywhere, all of the information that you've uploaded to social media sties — it may take up little or no space on your devices, but all of that data has to go somewhere. That somewhere is typically data centers, massive buildings occupied by nothing but row after row of computer servers that are running nonstop to make sure that when you need to retrieve a photo stored in the cloud, you'll be able to get to it right away. Data centers are the rarely discussed heroes that help make possible the incredible modern conveniences that technology has afforded us. But they have a cost.

Iceland is currently paying that price, according to Technology Review. The country known for its chilly but rarely freezing temperatures has become the dream site to locate data servers, which generate massive amounts of heat and require constant cooling. The country's unique weather allows data centers to forgo expensive cooling systems and instead allow the brisk air do the job for them. That's great for the operators of data centers, and more of them are making their way to the Nordic island nation because of it, but they are starting to drive electricity use in the country through the roof. According to the National Energy Authority of Iceland, energy demands from data centers doubled from 2017 to 2018 and are expected to double again from 2018 to 2019.

While it is better for the centers to run in eco-friendly environments — Iceland has a significant supply of renewable sources including geothermal and hydroelectric power — rather than sourcing their massive energy needs from grids powered by natural gas, coal and other fossil fuels, the supply of energy isn't endless and it isn't without costs. Environmentalists warn that as more electricity is driven to and consumed by these businesses, less is available for more environmentally friendly purposes like powering electric cars or selling carbon offsets.

Iceland isn't the only place seeing energy-sucking servers raise uncomfortable questions about environmental impact. The data centers are cropping up all over the place, whether it be for the purposes of hosting data or incredibly energy-intensive act of mining cryptocurrency. According to IDC, there were 500,000 data centers in the world in 2012, designated to handle most of the world's global internet traffic. That number has ballooned to more than eight million now, and is only expected to continue to grow as more and more internet-connected devices, from phones to Internet of Things products continue to come online.

As the number of data centers skyrocket, so does their impact on the environment. The Independent reported in 2016 that data centers will consume three times as much energy as they are currently using over the course of the next decade — and they already account for more terawatt hours of electricity used than all of the United Kingdom. A 2015 report found that data centers and their massive energy consumption are responsible for about 2 percent of global greenhouse gas emissions, putting them on par with the aviation industry.

According to a study conducted by DigiPlex, companies are just coming around to the idea of making their data centers sustainable. In 2016, data center operators placed sustainability at the very bottom of a list of challenges that the industry faced. In 2018, it raised to the fourth-most pressing issue, alongside security, operating costs, and energy.

When companies don't take into account the effects their data centers have on the environment, the cities where they are located can take action. The town of Plattsburgh, New York became a hotbed for bitcoin miners during the industry's biggest boom because of a nearby hydroelectric dam that produces incredibly cheap power. Plattsburgh purchases an allotment of cheap energy that is typically enough to suffice for its entire town, but mining machines designed to produce cryptocurrency quickly sent the city's consumption skyrocketing past its normal limits — enough for Plattsburgh to place a temporary ban on the practice. Likewise, a county in Montana declared an environmental emergency earlier this year to address the increasing energy costs associated with crypto-miners who set up shop within its borders.

These actions become necessary when data centers overstep their bounds and begin eating massive amounts of energy. There are plenty of other environmental concerns associated with the structures as well, including the wasteful use of batteries, coolants that are harmful to the ozone, and potential fire risks, per Green House Data. With more data flowing around the world than ever before and billions still waiting to get online, it's likely that the need for data centers will only continue to increase. They'll need to do so in a clean and efficient way or risk contributing to global warming. If you think overheating servers is bad, just see what happens when we overheat the planet.

More like this
Plastic Free July is the perfect opportunity to kick our pandemic habits
By AJ Dellinger
Amid daily reports of catastrophe, Americans are finally starting to realize climate change is bad
By AJ Dellinger
This is what it looks like when a city floods in real-time
By AJ Dellinger
Stay up to date