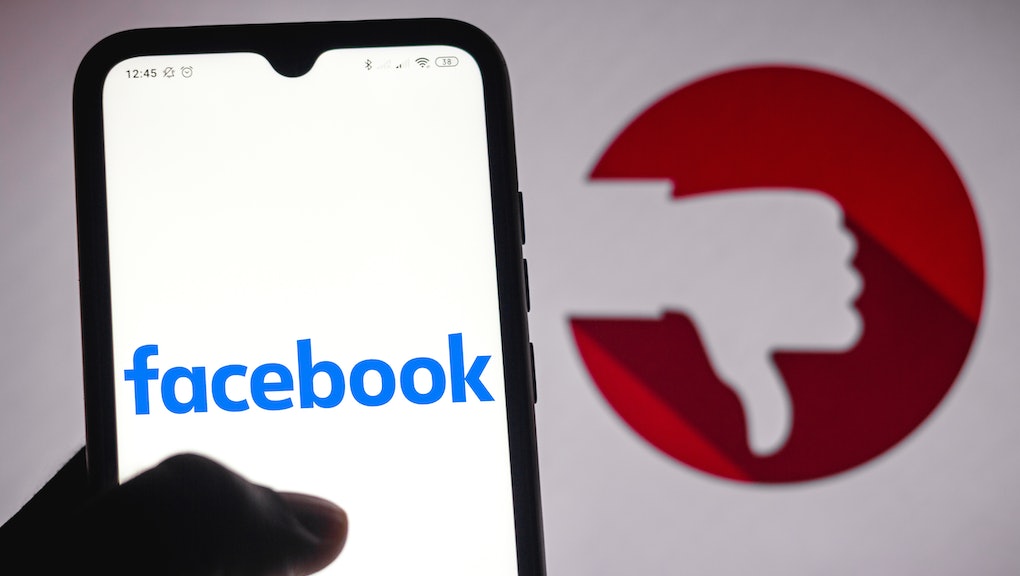 Facebook and Apple are in the middle of a heated battle over your data, and it's been spilling over into the pages of newspapers across the nation. Last week, Facebook took out two separate ads accusing Apple of killing small businesses and trying to bring about the death of the free and open internet with its impending iOS 14 changes. Apple, for its part, has largely shrugged this off and continued going about its business, moving forward with the update that will bring new privacy tools to iPhone users and prevent apps from being able to track user activity across the internet.

But let’s back up: What exactly is the cause of this very public beef that is likely to play out across our timelines and devices in the coming weeks and months? Here's everything you need to know about Facebook and Apple's ongoing battle over the future of data and privacy.

When did this all start?

The seeds of the feud were planted in June, when Apple announced plans to introduce a new iOS privacy feature that will require all applications to ask users for permission to track their activity for the purposes of advertising.

This is part of Apple's ongoing quest to curtail the number of invasive trackers that litter the web, enabling companies to collect massive amounts of data about users and then serve them highly targeted ads meant to drive purchases. The company introduced a similar feature to its Safari web browser last year, and after finding the protections to be quite effective in stifling the tracking tactics that targeted ads rely upon, set about expanding the feature to iOS.

Apple planned to start requiring apps that utilize tracking tools to ask users for permission to stalk them around the web with the release of iOS 14. The system would work the same as how it requires users to grant permission to individual apps before allowing them to access their cameras or photo libraries. When an app intends to track activity, a pop-up will appear that asks users, "Allow [app name] to track your activity across other companies’ apps and websites?" Apple delayed this in order to give companies time to prepare, but is still planning to introduce the feature in early 2021.

What exactly will change?

The way tracking works on iPhones, each user has an Identifier for Advertisers (IDFA), which is a randomly generated code assigned to a user's device by Apple. Apps like Facebook can access that ID in order to track a user's activity — including web pages visited and apps used — then serve that user ads meant to appeal to them. Let’s say you’re shopping for a coffee maker on Amazon, then fire up the Instagram app. You’re likely to start seeing ads for coffee makers in your Instagram feed, because your IDFA indicates that you’ve been shopping for them. While this process certainly puts a lot of information into app developers’ hands, the Apple generated ID does prevent those apps from ever knowing exactly who the user is. Essentially, an app — say, Facebook, — may know every website you browse through on your phone, but the code giving them that information won’t give them personally identifying details about you, like your name and address.

With the planned iOS update, advertisers would no longer have guaranteed access to IDFAs. Users will be prompted to opt-in to allowing advertisers to access that identifier and all the information that it holds about their online activity.

The new method turns data collection into an opt-in proposition, putting users in control of whether they actually want personalized ads generated as the result of an app quietly following them around the web and taking note of everything they view and interact with.

As one can imagine, not many users are likely to give Facebook (or other apps) the go-ahead to continue spying on them. After all, a 2018 Pew Research survey found that a majority of Americans were uncomfortable with the fact that Facebook had compiled individual profiles — or “ad preferences” — about them and their interests based on their online activity. It seems Facebook is aware that, when given a choice, plenty of people will opt out of such tracking — hence the social media giant’s crusade against Apple’s new feature.

Shortly after Apple announced its plan to give consumers the option to turn down trackers, Facebook published a blog post directed at its advertising clients, stating, “our ability to deliver targeted ads on iOS 14 will be limited." The post went on to note that "some iOS 14 users may not see any ads from Audience Network (the company’s off-Facebook, in-app advertising network), while others may still see ads from us, but they'll be less relevant." The post also told developers to expect worse returns on their ad spending, with reduced ability to reach specific segments of users in a targeted manner.

What is Facebook's argument?

Facebook's real motivation is pretty transparent: The company survives on targeted advertising. Last year, about 98.5 percent of Facebook's global revenue came from its advertising business, and the company controls 83 percent of all social media advertising spending. (Facebook has been accused of holding a monopoly over digital advertising.) Simply put, the company has a vested interest in continuing to collect data that it can use to deliver targeted ads, which are much more effective than the alternative.

Of course, that's not the case that Facebook is making. The company knows it isn't exactly a sympathetic figure here, particularly as public trust in the business has been plummeting. So instead, Facebook is positioning itself as the protector of small businesses and the free internet. "We’re standing up to Apple for small businesses everywhere," the company claimed in a full-page ad printed in major national newspapers last week. "While limiting how personalized ads can be used does impact larger companies like us, these changes will be devastating to small businesses, adding to the many challenges they face right now."

The company also took out a second ad that accuses Apple of limiting the earning ability of small creators and publications and forcing those creators to "start charging you subscription fees or adding more in-app purchases." Facebook claims this will make "the internet much more expensive and [reduce] high-quality free content." The response to this has been pretty tepid thus far, and Facebook’s #SpeakUpForSmall campaign has garnered about as much backlash and trolling as it has actual support.

Apple, for its part, is mostly just sitting back and letting Facebook throw its tantrum. CEO Tim Cook briefly addressed the controversy in a tweet, stating, “Facebook can continue to track users across apps and websites as before, App Tracking Transparency in iOS 14 will just require that they ask for your permission first.”

It's hard to say exactly where this feud will lead. Facebook has expressed plans to back Epic Games' lawsuit against Apple, which accuses the company of creating a monopoly with its App Store and using it to unfairly extract charges from developers who sell services through Apple's platform — a lawsuit Apple has stated amounts to Epic Games asking for special treatment and an attempt to upend the entire App Store. It seems likely that there will be increasingly more heat between these companies, which have quietly been at odds for years over privacy. But now, as Apple faces legal challenges over its App Store and Facebook is under fire from the federal government in an antitrust lawsuit that could break up the company, it seems the gloves are off entirely.

It's hard to imagine Facebook (which represents the side of extensive surveillance) winning the battle in the court of public opinion over Apple (which is positioned as the protector of user privacy).

But Apple does have its own risks. The fact of the matter is, many businesses rely on advertising to survive, and adding obstacles to targeted advertising does put them at a disadvantage in terms of who they are able to reach. Free apps and websites, such as games like Among Us, might have to reconsider their entire business model — though it's not exactly a bad idea to pay creators directly for what they make. Ultimately, Apple’s app ecosystem will likely change — for better or worse — because of this privacy protection, and that will come with challenges for both developers and users as they adjust to the new model.

There are valid criticisms of Apple's decision to ax ad trackers on its platform, and there will be trade-offs to the decision that could have a significant impact on developers, creators, and small businesses. But Facebook certainly is not the scrappy underdog here, and it’s far from the ideal messenger for the critique. This fight comes from two massive companies diametrically opposed in their view of what the future of the internet should look like. Expect it to get ugly.