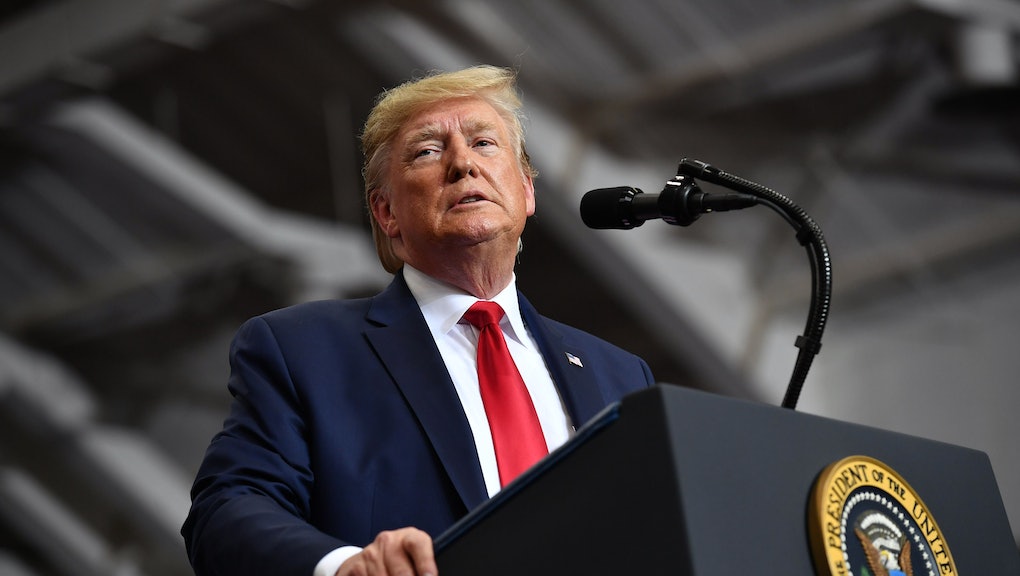 A common refrain from conservatives who are criticized for inflammatory commentary is that their First Amendment rights are being violated. The Free Speech Alliance, an arm of the right-leaning Media Research Center, claims that "social media giants in collusion with the radical left root out and silence conservative speech on their platforms and across the Internet." The organization went on to deem this alleged censorship the "worst threat to free speech our country has ever faced." Meanwhile, in an editorial for CNS News, Ken Blackwell, the former U.S. ambassador to the United Nations Human Rights Commission, wrote: "Conservative speech is under direct attack by ultra-left, radical activists who are methodically expunging conservative speech and conservative ideas from public discourse."

But these indignant proclamations appear to be based on a fundamental misunderstanding of the rights that are actually enshrined in the First Amendment. Here's what the document actually says: "Congress shall make no law respecting an establishment of religion, or prohibiting the free exercise thereof; or abridging the freedom of speech, or of the press; or the right of the people peaceably to assemble, and to petition the government for a redress of grievances."

In other words, the government isn't allowed to pass legislation that denies freedom of speech, religion, the press, or protests against the government. It's pretty straightforward. But the rise of the fake news movement puts it to the test. Case in point: A recent proposal from librarians in Florida seeking a digital subscription to The New York Times was met with laughs from the local officials in charge.

"Do we really need to subscribe to The New York Times?" Citrus County Commissioner Ron Kitchen Jr. wondered aloud during an Oct. 24 meeting, according to The Washington Post. His question reportedly elicited chuckles from the other four commission members.

"I actually was going to say that," replied Commissioner Scott Carnahan, per the Post. "I don't agree with it, I don't like 'em, it's fake news, and I'm voting no."

Their minds were made up. The five-member board voted unanimously against the subscription, even though the libraries are already subscribed to the print edition. The librarians had wanted the membership to provide digital news access to the roughly 70,000 library cardholders in the county.

Commission Chairman Jeff Kinnard, who did not speak during the meeting, admitted that he thought a Times subscription would prompt residents to seek more "radical" content. "I don't feel like the county is obligated to subscribe to every major newspaper or every point of view," Kinnard told the Citrus County Chronicle. "At some point you draw the line."

The Chronicle pointed out that none of the commissioners they spoke to actually read the Times.

Hours later, The Wall Street Journal reported the White House's plans to cut federal agencies' access to the Times and Post. President Trump made those intentions known during an appearance on Fox News host Sean Hannity's show earlier in the week. "We don't even want [the Times] in the White House anymore. We're going to probably terminate that and The Washington Post. They're fake," Trump said on Oct. 21.

Freedom of the press is one of the rights enumerated in the First Amendment. Yet Trump's disdain for the media is well-documented — and it's metastasized into a larger distrust of the news in conservative circles. Earlier this summer, Trump took his contempt to its logical end when he claimed mainstream publications shouldn't be protected under the freedom of speech clause.

"See, I don't think that the mainstream media is free speech either because it's so crooked," the president said during a summit at the White House in July. "It's so dishonest. So to me, free speech is not when you see something good and then you purposely write bad. To me, that's very dangerous speech, and you become angry at it. But that's not free speech."

This distrust has trickled down to Trump's supporters — who, ironically, are actually more likely to share "ideologically extreme, conspiratorial, sensationalist, and phony information," according to a study conducted by Oxford University in 2018. The study also noted "increasing evidence of a rise in polarization in the U.S. news landscape in response to the 2016 election."

This presents a problem ahead of an election year. The report's lead researcher Phillip Howard told McClatchy that propagation of wrong information results in a segment of society without the ability to "talk politics or share ideas in a sensible way with the rest of the population." If people have nowhere to get their facts, they have no ability to debate them, either.

This inability or unwillingness to share ideas is already showing itself in alarming ways. A 2018 poll conducted by Ipsos found that 44 percent of surveyed Republicans believe Trump should have the power to close outlets for "bad behavior." Only 12 percent of Democrats felt the same way.

It gets worse. Nearly a third of respondents believed the news media is the enemy of the American people. The number rises to a staggering 48 percent if only Republicans are counted.

These findings back up an argument Howard shared with McClatchy. "Trust in news is strikingly divided across ideological lines, and an ecosystem of alternative news is flourishing, fueled by extremist, sensationalist, conspiratorial, masked commentary, fake news and other forms of junk news," he said.

Regardless of how someone feels about the media, the Constitution doesn't believe censorship is the answer. The solution is instead outlined in a statement from the Florida Library Association regarding the Citrus County commissioners' decision.

"In order to uphold Americans' First Amendment rights, governments at any level should not withhold funding or reject proposals to provide library patrons access to any information on the basis of political or personal viewpoints," the librarians' declared.

Needless to say, this philosophy should extend beyond the provision of newspapers in a local library. A constitutionally sound America doesn't deny its citizens access to information to satisfy a demagogue.

More like this
The first insurrection felony sentence is here, and nobody's happy about it
By Rafi Schwartz
Nancy Pelosi took a stand on the Jan. 6 committee, and it left Republicans whiny as hell
By Rafi Schwartz
Guess how much Trump's companies made during his presidency!
By Rafi Schwartz
Stay up to date