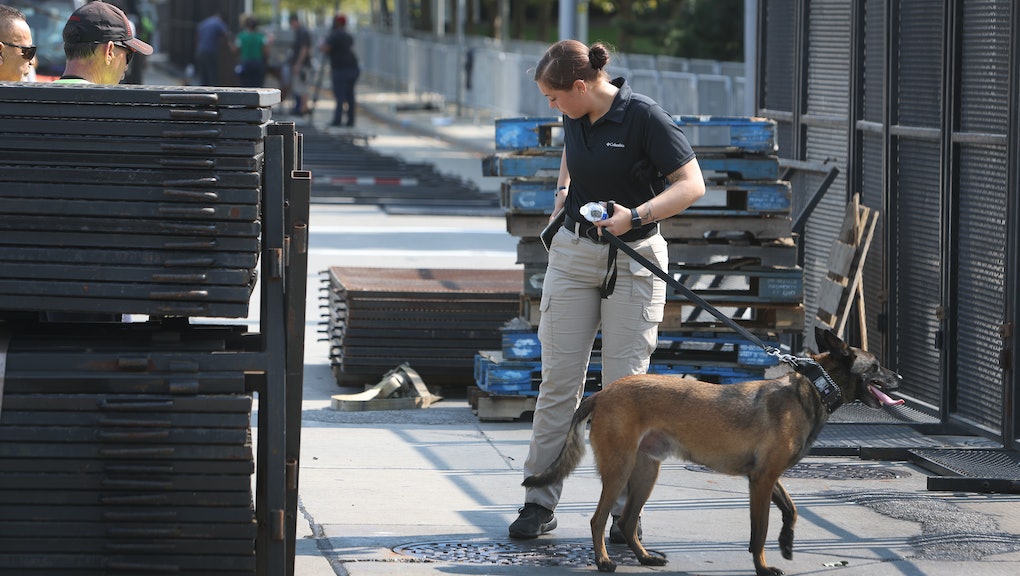 The FBI is reportedly preparing for bedlam on Election Day

With the Proud Boys and other right-wing militias and white supremacist groups giddy over President Trump's nationally televised suggestion they "stand by," federal law enforcement officials are reportedly doing some standing by of their own — and preparing themselves for the possibility that this year's election could bring waves of civic unrest across the country.

According to Justice Department officials who spoke with The Washington Post this week, the FBI is working to establish a command center within their headquarters, in which federal law enforcement plans to monitor and address any Nov. 3 chaos that might arise. It's something they've done in various forms during elections past, but with an added sense of urgency this year, given the unique circumstances of this particular election.

"There have been concerns raised about the possibility of civil unrest, and those are concerns raised on both sides, for different reasons, and because of that, we’re paying particularly close attention to that possibility,” one law enforcement official told the Post. “I think that we would be remiss if we didn’t take the monitoring of election security and integrity particularly seriously."

In addition to localizing their operating in a command center, the FBI and other federal law enforcement agencies have been meeting with their state and local counterparts to help coordinate on the ground responses to any potential disruptions on Election Day – disruptions which at least some officials trace directly back to Trump's own rhetoric.

"The necessity to remain ready has been fueled by the continuous rhetoric peddled by the current administration, who has courted the support of white supremacist organizations and armed militia through their reckless endorsements, misinformation, race baiting and fear-mongering," Charlottesville Police Department Chief RaShall Brackney said in an emailed statement to CNN earlier this week.

"This will be, I guess, my seventh election cycle as mayor, and I've never had to talk to the (police) chief about election security, ever," Cincinnati Mayor John Cranley (D) told the network. "Now we talk about it weekly."

In addition to his directive for the far-right Proud Boy hate group to "stand by," Trump has also urged his followers to "go into the polls and watch very carefully," a suggestion which seems primed to set voters and the president's base on a violent collision course come Election Day — and which has security officials reportedly troubled.

"Voting is a fundamental right," Virginia Attorney General Mark Herring said recently, in response to an incident in which Trump supporters massed outside a polling location during that state's early voting period. "It is the foundation of our democracy, and no Virginian should ever feel for their safety or feel intimidated when they exercise their right to vote."

According to the Post, the FBI's plan to activate its command center began before the first presidential debates, but has taken on an added sense of urgency given Trump's statements on the stage Tuesday. This is not, however, the first time the command center has been used. The Justice Department also operated out of the command center earlier this summer to help coordinate the government's heavy-handed response to the social justice protests in Washington, D.C.

More like this
This very bad Florida voting bill furthers the GOP push to disenfranchise voters
By Vanessa Taylor
Caitlyn Jenner's campaign is off to a great start!
By Rafi Schwartz
South Carolina is about to bring back execution by firing squad
By Rafi Schwartz
Stay up to date