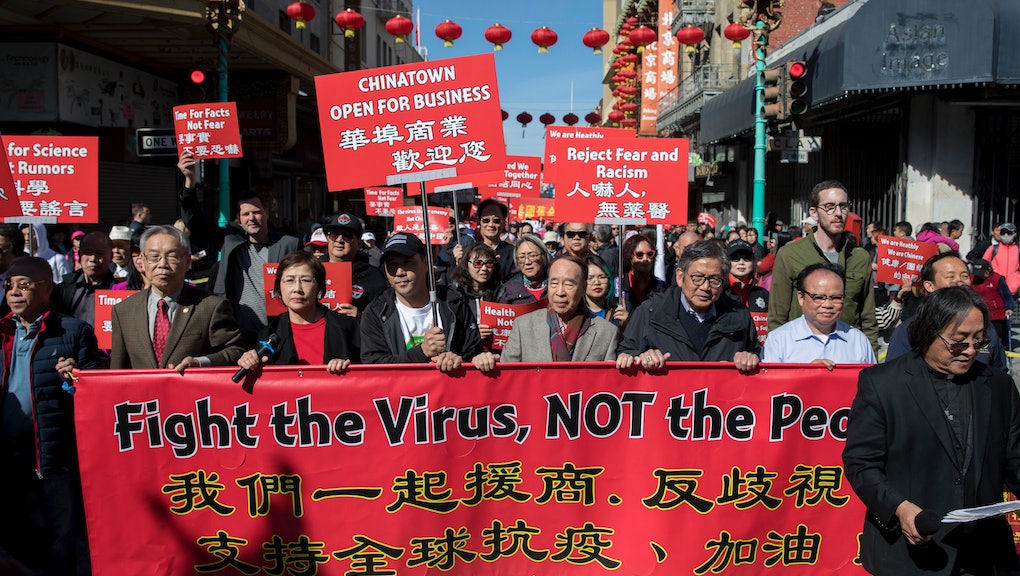 The FBI warns that Nazis might use coronavirus for biological terrorism

As if the prospect of millions dead and total economic collapse isn't horrifying enough during this coronavirus pandemic, it turns out there's yet another thing to worry about as we all hunker down and do our best to stay healthy and sane while the world goes to hell around us: Nazis.

According to an FBI alert sent to local law enforcement offices last week and obtained by ABC News, white supremacist and other racist extremist groups are purportedly "encouraging one another to spread the virus, if contracted, through bodily fluids and personal interactions." Their alleged goal? To infect as many Jewish people as possible by visiting "any place they may be congregated, to include markets, political offices, businesses, and places of worship."

The FBI alert also noted that the supremacist groups have discussed filling spray bottles with their own infected bodily fluids to use on police officers on the street.

"Extreme right-wing accelerationist and neo-Nazi Telegram chats and channels have increased their frequency of calling for violence related to the coronavirus since the president’s declaration of a national emergency on March 13,” Counter Extremism Project analyst Joshua Fisher-Birch told Vice earlier this month. “The violent rhetoric also increased on March 16 as economic damage from the coronavirus has increased."

Extremists have additionally used the pandemic to advance racist conspiracy theories about COVID-19's origins, according to the Anti-Defamation League.

"Extremists hope the virus kills Jews, but they are also using its emergence to advance their anti-Semitic theories that Jews are responsible for creating the virus, are spreading it to increase their control over a decimated population, or they are profiting off it," the ADL stated in a report on extremist reactions to the pandemic. "Some extremists have tied reports documenting Chinese efforts to safely dispose of victims’ bodies to cast doubt on the number of Jews who died during the Holocaust."

And this "accelerationist" strain of racist extremism — which believes that by exploiting and exacerbating chaotic moments in history, white supremacists, Neo-Nazis, and other racist groups can accelerate the collapse of already weakened social institutions and even governments — doesn't seem to be limited to just internet chatter, either.

On Wednesday, the FBI announced that 36-year-old Timothy Wilson, a suspected right-wing extremist, had died after federal agents attempted to serve him a warrant as part of a months-long investigation into Wilson's alleged plans to bomb a hospital near Kansas City, Missouri, that is currently providing coronavirus-related care amidst this ongoing outbreak. According to AP, Wilson was armed when agents attempted to serve him his warrant Tuesday, although the FBI didn't expand upon the circumstances of his subsequently fatal injuries.