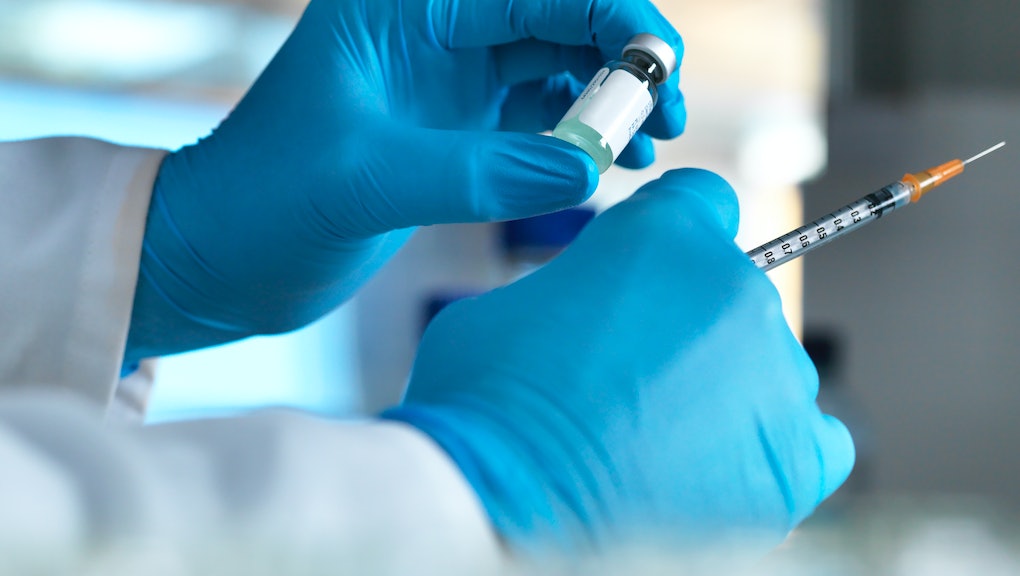 The first coronavirus vaccine trial was "promising," but what does that really mean?

Early morning on May 18, Moderna, a biotechnology company, revealed the preliminary findings for the much anticipated phase I trial of an mRNA COVID-19 vaccine. The information sent Moderna’s stock soaring by more than 20% and helped fuel a rally on Wall Street.

Although there was an enthusiastic response to the news, the purpose of all phase I trials is primarily to demonstrate safety and tolerability. While the early results are tantalizingly positive, what Moderna has not revealed is raising some doubts.

I am a data scientist and was, until last month, working on vaccine development for Zika and dengue fever. Since the beginning of the COVID-19 pandemic, I have spearheaded building a consortium of more than 100 cancer centers to collect data about cancer patients who have been infected with COVID-19. The purpose of the COVID-19 and Cancer Consortium is to rapidly collect and disseminate information about this especially vulnerable population. Having a background in vaccine development, I found Moderna’s press release lacking some key details.

What is a vaccine?

A vaccine imitates the infection to give the immune system a preview of the disease. Vaccination became a public health tool after Edward Jenner showed in 1796 that inoculation with the less virulent cowpox could prevent smallpox. After his son’s death from smallpox, Benjamin Franklin regretted his decision not to inoculate his son against it. Today vaccines are widely credited for the prevention and eradication of many of once feared deadly diseases.

Vaccines prepare the immune system by generating disease-fighting proteins called antibodies, which seek out and attack if the real infectious virus ever shows up.

Traditional vaccines against viruses are either weakened versions of the whole virus that are unable to cause disease; or they are made from signature viral proteins called antigens, that then spark an immune response. An antigen in the new coronavirus SARS-CoV-2 is the crown-like spike (S) protein through which the virus latches to the lung and respiratory cells.

However, developing vaccines based on the viral proteins is a slow process because of the difficulties in producing pure proteins at medical standards in large quantities. But now scientists have developed a different type of vaccine: mRNA vaccines.

Rather than giving a person a protein vaccine, researchers are giving them mRNA, which is the biological code that the cells read and translate to make their own proteins. So, instead of the traditional viral protein vaccines, an mRNA vaccine provides a synthetic copy of mRNA-encoding individual proteins from the virus, which the host body uses to produce the viral protein itself. As with other vaccines, the presence of the protein kicks off the body’s immune system to fight the virus.

A big advantage of mRNA vaccines is that scientists can skip the laboratory production of proteins by directly injecting the molecular instructions to make the protein into the human body itself.

Massachusetts-based Moderna Inc. has fast-tracked development and testing of an experimental COVID-19 mRNA vaccine called mRNA-1273. Its collaborators at the National Institute of Allergy and Infectious Diseases (NIAID) were already working on experimental Middle East respiratory syndrome (MERS) vaccines, which targeted a closely related coronavirus spike protein. So as soon as the genetic sequence of SARS-CoV-2 became available, Moderna and its collaborators at NIAID got a head start.

The phase 1 study of the investigational vaccine, led by the NIAID, part of the National Institutes of Health (NIH), was designed to assess the safety, tolerability and ability to induce an immune response at three dose levels — 25, 100 or 250 micrograms.

On May 18, Moderna announced the interim phase 1 data. mRNA-1273 was generally safe and well tolerated, except for minor redness and swelling at higher doses. No volunteers faced any life-threatening events during the six weeks of study.

The mRNA-1273 produced antibodies which could bind the target spike protein at each of the injected doses, in all 45 volunteers (ages 18 to 55). The production of the binding antibodies response from mRNA-1273 injection was similar to the one found in patients who have recovered from previous SARS-CoV-2 infection. It is important to highlight, though, that even among the survivors of COVID-19, the antibody response is highly variable.

What has not been revealed

Unconventional for a scientific study, data was given from only eight of the 45 volunteers — four each from the 25 and 100 microgram doses, who developed neutralizing antibodies.

Neutralizing antibodies are essential for an effective long-lasting vaccine because they not only bind to the virus, but they block an infection. The age of the eight volunteers is not known. That is important information because COVID-19 is far more deadly for older patients. It’s important to know if this immune response was limited to the younger participants.

Also, the neutralizing antibody response in the remaining 37 volunteers was not disclosed. So it is impossible to know whether the mRNA-1273 was ineffective in them, or whether the results were not available at this point.

The phase 2 trial for mRNA-1273 has already been approved by the Food and Drug Administration. In this trial each subject will receive two vaccinations — prime and booster — of either a placebo, a 50 microgram, or a 250 microgram dose given 28 days apart.

The amended choice for a higher dose suggests that the lowest 25 microgram dose of phase 1 was not very effective. Moderna expects phase 3 trial to start in July and anticipates to produce 1 billion doses of the vaccine soon thereafter.

This article is originally published on The Conversation by Sanjay Mishra. Read the original article here.