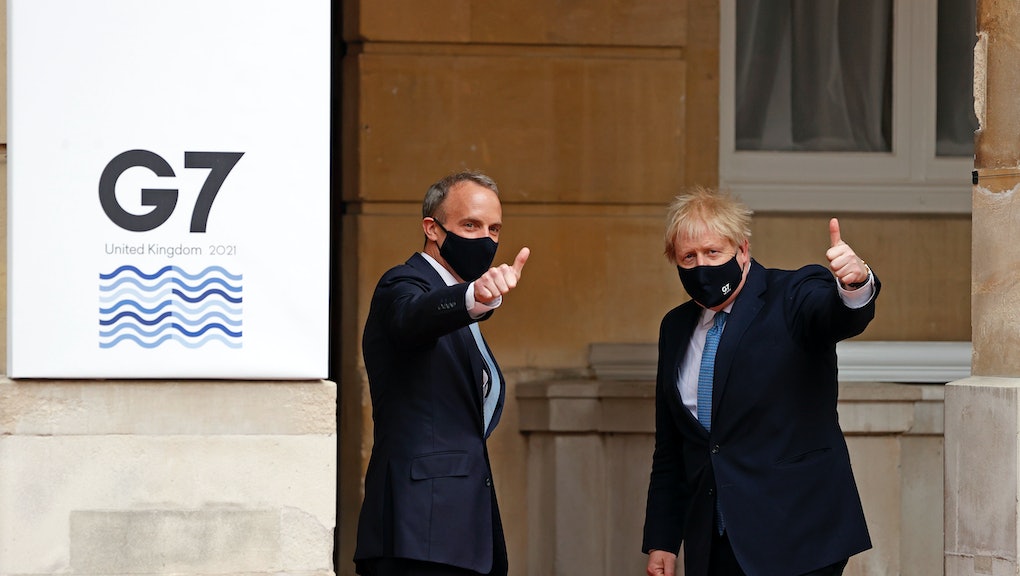 The G7 countries promised to go green, then poured money into fossil fuels instead

In the last few years, the world's biggest contributors of greenhouse gases were seemingly getting serious about climate change. Member countries of the G7 — the United States, United Kingdom, Canada, France, Germany, Italy, and Japan — have all made major pledges to cut back on carbon emissions with the goal of reaching net zero by 2050. But over the course of the last year, as the coronavirus pandemic shut down much of the world and presented the opportunity to reset with a "green recovery," these nations instead chose to hand out billions of dollars to the fossil fuel industry.

Tearfund took a look at all of the money pledged and policy changes made between January 2020 and March 2021 to determine how much the fossil fuel industry benefited from the coronavirus recovery. The organization found that Big Oil firms and other polluters received a total of $189 billion in support, coming in the form of direct funding, tax breaks and subsidies, and regulatory changes that benefitted the industry. The vast majority of that funding — more than $8 out of every $10 — came with no strings attached, a.k.a. no requirement to clean up their act or go green at all. In other words, the vast majority of the funding amounted to a bailout.

Take for example the $58 billion the U.S. provided in support for the airline industry. While the lack of travel put those companies in a major bind, Tearfund found that the support was provided unconditionally, requiring no changes be made to how the airlines operate. U.S. aircraft make up nearly one-fourth of global aviation emissions, and it's projected that total emissions from the industry could triple by 2050. But instead of making an effort to push the industry to reduce its emissions by tying the taxpayer-funded bailout to new standards for carbon emissions, the Trump administration basically just handed the industry the cash to keep them operational — and then they turned a profit because of it.

A total of $147 billion of coronavirus relief funding went to green programs — more than $40 billion less than Big Oil and other polluters got.

Of the G7 countries, Japan led the way in fulfilling the promise of a green recovery, with 91% of all energy-related funding ending up in the hands of clean energy. Just 8% of the country's support went to the fossil fuel industry, largely in the form of a bailout for airlines.

Save for Japan's major infusion of cash into clean energy initiatives, the rest of the G7 countries largely missed the boat. A total of $147 billion of coronavirus relief funding went to green programs — more than $40 billion less than Big Oil and other polluters got.

Governments can't continue to prop up an industry that is largely responsible for making the planet tip toward its breaking point. The coronavirus pandemic presented the opportunity to use policy and necessary relief to help push polluters in the right direction. Instead, the most economically powerful countries padded their bottom lines and sent the message that these companies can carry on without change, because there is a taxpayer funded safety net waiting for them if they fail. Earth does not have the same luxury. We can't bail ourselves out of a planet that comes uninhabitable. Maybe it's time we invest in saving the planet instead of in the companies that are destroying it.