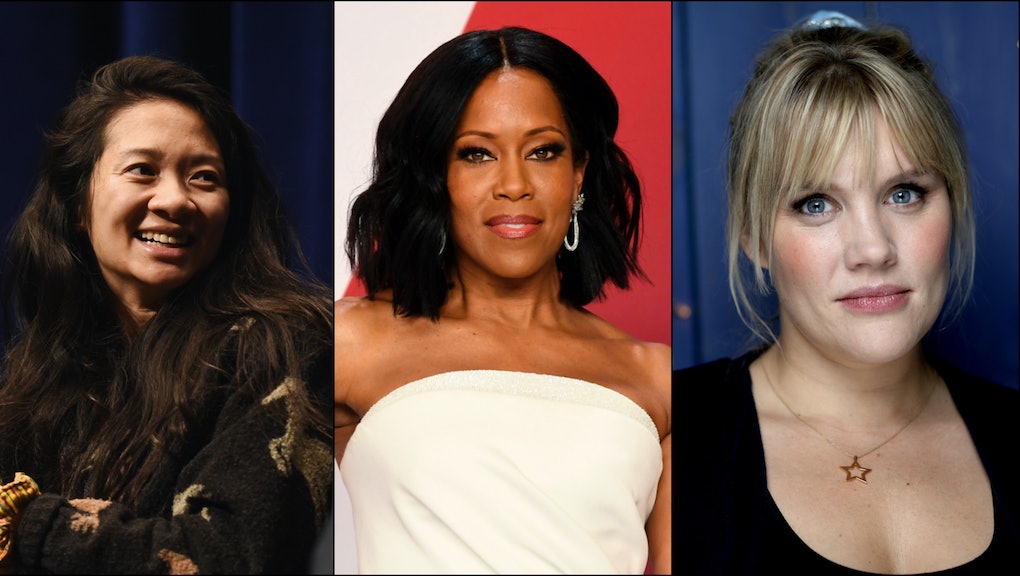 The Golden Globes are finally giving women directors their due. But where's 'I May Destroy You'?

For the first time in the 77-year history of the award, more women than men are nominated for best director at the Golden Globes. Actually, it’s the only time more than one female director has ever been shortlisted for the prize. Just one, Barbra Streisand, has won the award — in 1984 for Yentl. But that could very well change this year, since three talented women are in the running, for helming some of the year’s most captivating films.

With their 2021 nominations, Emerald Fennell (Promising Young Woman), Regina King (One Night in Miami), and Chloe Zhao (Nomadland) join a distressingly tiny club. Just eight female directors have ever been recognized by the Globes, and they’ve been shut out of the race completely since 2015, when Ava DuVernay was nominated for Selma. The three women will be competing against David Fincher (Mank) and Aaron Sorkin (The Trial of the Chicago 7) at the later-than-normal awards on February 28.

The Oscars aren’t any better, for what it’s worth. Just five women have been nominated in the directing category in 92 years: Lina Wertmüller in 1976, Jane Campion in 1993, Sofia Coppola in 2003, Kathryn Bigelow in 2009, and Greta Gerwig in 2017. Just like the Globes, only one has ever taken home a statuette for her work behind the camera: Bigelow for The Hurt Locker.

Natalie Portman famously called out the Globes for its lack of diversity in 2018. While onstage presenting the award for best director, she snarked: “Here are the all-male nominees.” Her words and the power of movements like #TimesUp and #MeToo appear to have moved the needle a bit in the last three years. But that doesn’t mean all the 2021 nominations make sense. The most glaring omission? Not a single nod to Michaela Coel’s television masterpiece I May Destroy You. If it seems downright odd that the series that dominated the cultural discourse last year was completely snubbed — that’s because it is. Coel was summarily robbed.

Other than the history-making directing category, the rest of the Golden Globe nominations are kind of a snooze. Mank, Fincher’s film for Netflix about the making of Citizen Kane, leads in the film categories, while The Crown, also from Netflix, was the most nominated TV show.

More like this
The unmatched power of Michael K. Williams
By Bonsu Thompson
Even in death, Michael K Williams was, and still is, Brooklyn for life
By Keith Nelson Jr.
Alanis Morissette is really not happy with the 'Jagged' documentary
By Kara Weisenstein
Stay up to date