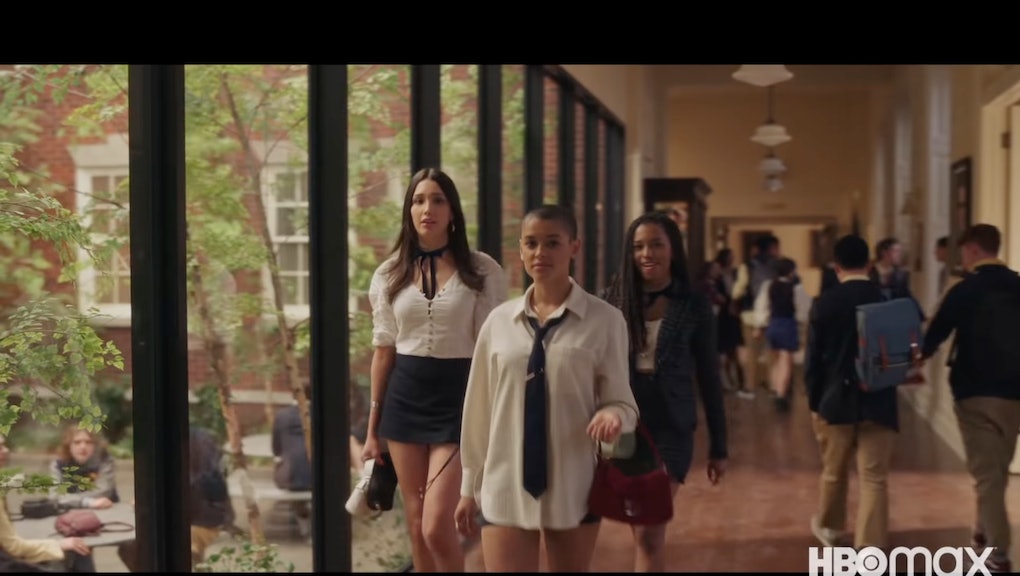 The 2021 version of Oprah screaming “you get a car” is “you get a reboot, you get a reboot, everybody gets a reboot!” Reboots, reunions, and revivals continue to dominate the entertainment industry, especially when they’re unnecessary. The latest and splashiest entry into the reboot-verse is HBO Max’s Gossip Girl, which premieres on the streaming service July 8. A new full-length trailer indicates that this is a serious teen show that wants to be taken very, very seriously. The trailer also highlights its differences from the original Gossip Girl series, which aired for six seasons on The CW from 2007-2012.

According to the new trailer, HBOMax’s Gossip Girl will follow in the original’s footsteps in only two ways: by being very sexy and using Kristen Bell’s voice for Gossip Girl. In 2007, raunchy ads promoting Gossip Girl with stills of characters making out sparked controversy and drew attention to the show. The 2021 reboot of Gossip Girl depicts characters making out with multiple people at clubs in the trailer, which is a huge departure from the more conservative pop culture of the early 2000s. In the original, Gossip Girl was a little blog that sent breaking stories to everyone’s Blackberry or flip phone. Now, Gossip Girl is an Instagram account, because it is 2021 and blogging is dead.

Another significant difference between the two shows is the diversity of its cast. Both iterations of Gossip Girl follow the scandalous lives of Manhattan’s elite. In the original, the cast is all-white (save for Dan Humphrey’s friend Vanessa, played by Jessica Zhor). Its white-washed cast made sense for the setting: the Upper East Side is a bubble within New York City, and a majority of the world it depicted was white and privileged. While the show was soap-y, it did integrate some commentary on the privileged one percent: most of the characters, including its leads Serena van der Woodsen and Blair Waldorf, were often hard to like due to their ignorance, immense wealth, and privilege. While the reboot is about rich kids — Frank Ocean’s “Super Rich Kids” is used in the trailer — this group of characters is more diverse, with people of color and queer characters in the main cast. And at least for now, the characters appear charming and welcoming, unlike their counterparts from The CW series, who were all bullies.

The reboot, which is executive produced by the original show’s co-creators Josh Schwartz and Stephanie Savage, has a glossy and more visually-sophisticated look, with a filmmaking style more on par with a Christopher Nolan movie than a small network soap made for teens. The original Gossip Girl helped define the then newly-branded network’s programming, and turned its cast into stars — among them Blake Lively, Leighton Meester, Penn Badgley, and even Marvel’s Sebastain Stan, who appeared in several episodes as a guest star. HBOMax has already had successful originals including The Flight Attendant, Hacks, and Raised by Wolves, but with more hype surrounding it, this reboot has the potential to define the streaming service’s original programming just as the original Gossip Girl defined The CW’s.

More like this
Willie Garson’s pristine performance on 'Sex and the City' changed queer representation forever
By Chloe Stillwell
Steve from 'Blue's Clues' gave us the closure we didn't know we needed
By Kara Weisenstein
The unmatched power of Michael K. Williams
By Bonsu Thompson
Stay up to date