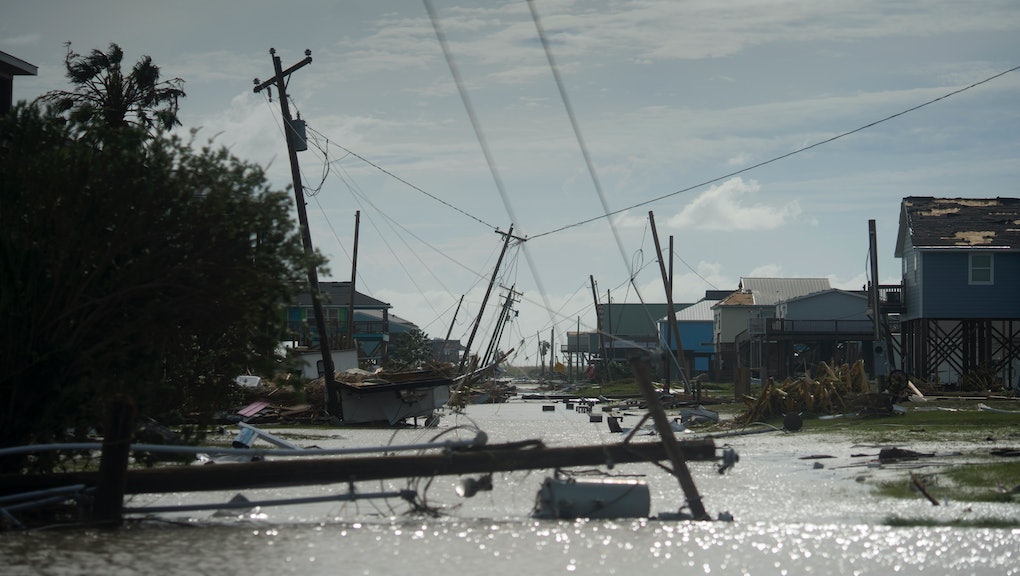 Hurricane Laura pounded Texas and Louisiana early Thursday morning, bringing with it devastating storm surges, extreme winds, and flash flooding. The Category 4 storm was described as "unsurvivable" for many on the coast likely to be subject to multiple feet of flood water pouring into their communities. Tragically, these types of storms are all but certain to become more common as climate change continues to rear its ugly head.

In response, the federal government is revising its policy for storm mitigation from rebuilding communities in the same place to simply moving them altogether, according to the New York Times.

Earlier this month, the Federal Emergency Management Agency (FEMA) introduced a new program that would help to relocate people living in areas most likely to be hit by unmanageable levels of flooding. The program sets aside $500 million in 2020, with billions expected to follow in coming years. That funding aligns with a similar program operated by the Department of Housing and Urban Development, which has set aside $16 billion for shifting people into new, storm-ready communities.

While the funding is essential for starting to move people out of at-risk areas, it's no small task to uproot thousands of people. The Army Corps of Engineers, under the Trump administration, has started to push local officials to evict people from their homes if they are in regions that are expected to experience flooding. Failure to do so could result in the federal government withholding funds for flood preparedness and other infrastructure work.

Similar messages have been delivered locally. In California, state officials have started telling local governments to prepare for the likelihood that they will have to force people to relocate away from the coast. In New Jersey, the state's government has bought up and torn down more than 700 homes that were considered to be flood prone, and has attempted to buy hundreds more.

It isn't uncommon for the government to purchase and destroy homes that have experienced flood damage. What has changed is that they are no longer waiting for the floods to happen. They are preemptively pushing people out of neighborhoods that are thought to be at risk of storms and flooding, as part of a policy known as managed retreat.

The early results have not exactly been promising. A Bloomberg report on Sidney, New York, one of the first US cities to adopt this policy back in 2011, found that many families were not willing to take buyouts in order to have their entire lives upended, and attempts to get funding from the federal government left the move in limbo. The cost of recreating the city continued to go up, and developers started to pull back from participating in the experiment. Much of Sidney was left in an in-between state. Houses damaged but not torn down, some families moving while others stay to try to make the most of it.

Whether this strategy to uproot entire cities and communities will work is yet to be seen, but action is required. According to the Union of Concerned Scientists as many as 170 cities across the coasts of the US will be "chronically inundated" by flooding within the next 20 years. By 2100, they project as many as half of the communities on the Eastern Seaboard and Gulf Coast could be suffering from encroaching the waters. It might prove best to simply move people inland now before they are forced to do so in desperation as a storm is pounding the coast.