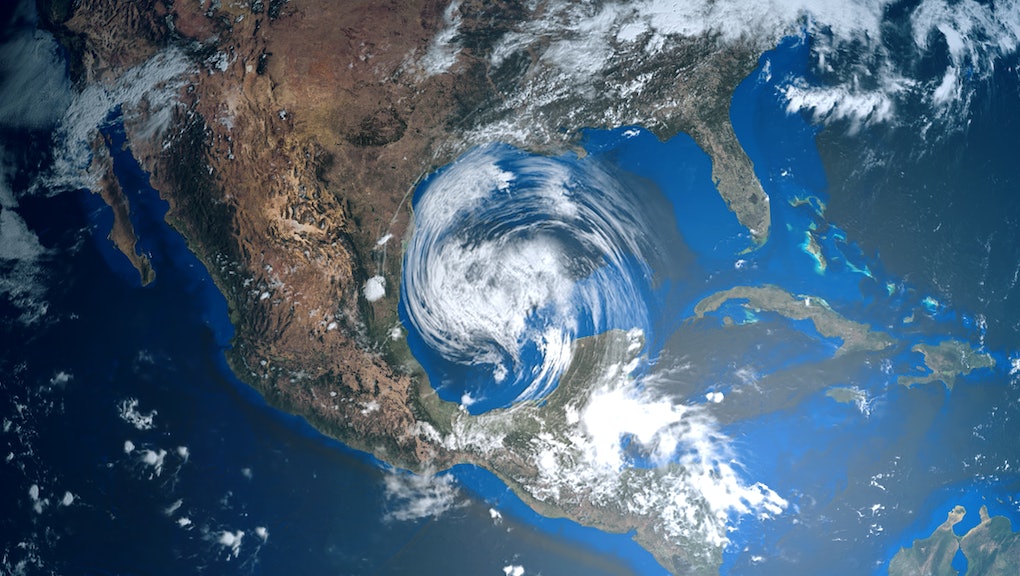 If you've ever been dying for a snow day, only to be disappointed by a dusting, or alternatively, stepped out into what was supposed to be a fabulous summer day and ended up in a downpour, you might blame your weather app. Unfortunately we don't have the technology to control the weather, but the technology to predict it has just gotten better. The U.S. Department of Commerce National Oceanic and Atmospheric Administration (NOAA) announced June 12 that it would be upgrading its longstanding weather forecasting software and model, the Global Forecast System (GFS) for the first time in nearly 40 years.

The core of the upgrade effort involves the Finite-Volume Cubed-Sphere (FV3) which sounds like something out of a sci-fi show but is actually key to how the NOAA will be able to forecast and track severe weather, including hurricanes, winter storms, and cyclones. Using complex mathematical equations, GFS core was originally created as a tool for predicting long-range weather patterns months, and even decades, into the future. However, 40 years is a long time and NOAA has made significant advancements in modeling technology since then, hence the upgrade.

“The significant enhancements to the GFS...are positioning the U.S. to reclaim international leadership in the global earth-system modeling community,” said Neil Jacobs, Ph.D., acting NOAA administrator. Currently, the U.S. is considered by some meteorologists to be competing with the European Centre for Medium Range Weather Forecasting. A missed 10-inch snow day in Washington, D.C. a few years ago apparently struck a chord in the American weather forecasting community.

In an interview with National Geographic, Cliff Mass, professor of atmospheric science at the University of Washington in Seattle said one of the reasons the U.S. was falling behind was, “that [the Europeans] have ten times more computer power than we do, which allows them to run their weather prediction model at a higher resolution than ours, roughly twice the resolution.”

While resolution might not sound hugely important, Mass said this was incredibly important during Hurricane Sandy when, “The European Centre predicted that the storm would swing toward the East Coast two days before the American model predicted it.”

“​We are excited about the advancements enabled by the new GFS dynamical core and its prospects for the future,” said Louis W. Uccellini, Ph.D., director, NOAA’s National Weather Service. “Switching out the dynamical core will have significant impact on our ability to make more accurate 1-2 day forecasts and increase the level of accuracy for our 3-7 day forecasts.”

This announcement comes just in time for hurricane season in the U.S., which has some weather scientists concerned. During the testing period last winter, scientists found that the FV3 had a tendency to “dramatically overpredict” snowfall and the speed at which storms would move through the atmosphere.

These flaws are currently being tweaked, and generally resolved scientists say, and NOAA remains confident that the new model has the potential for better advancements in forecasting and weather research than the previous one, particularly when it comes to extreme events like cyclones and hurricanes. This is set to become increasingly important as extreme weather events like flooding and storms have gotten stronger and more out of season in recent decades due to climate change.