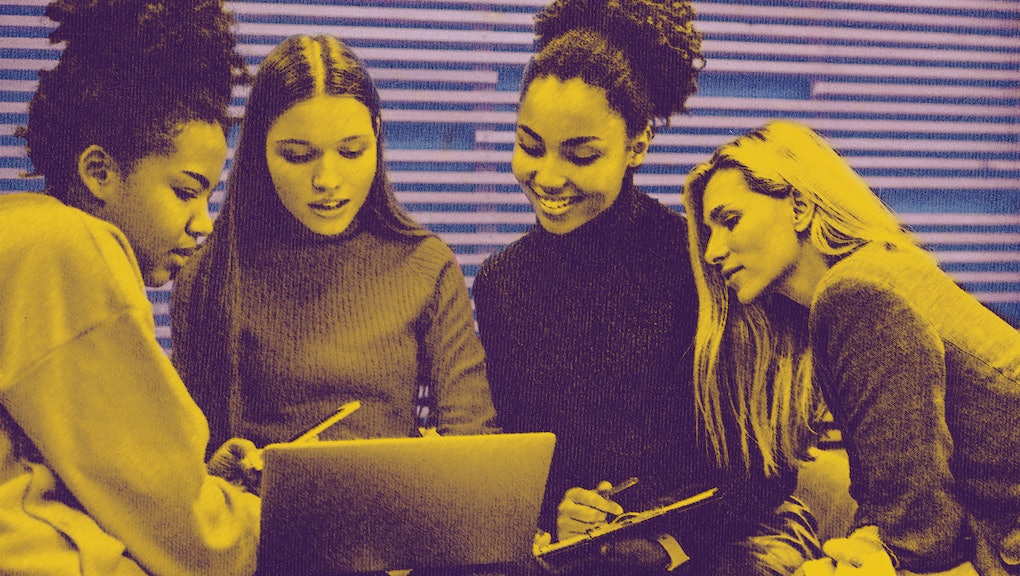 The highest-paying internships in the U.S. offer salaries that nearly double the national average — but there's a catch

We often associate internships with hours of unpaid labor, but as backlash has risen over the years, more and more companies have begun providing their interns with livable wages. And according to a recent Glassdoor report on the 25 highest-paying internships in the U.S., a few of these companies are offering interns salaries that are nearly double the national average — and, as the study notes, far above the U.S. median salary for full-time work.

To qualify for the list, U.S.-based companies had to have at least 25 reviews on Glassdoor. To come up with the ranking, researchers compiled those companies' monthly salary reports from March 2018 to February 2019. Accounting for almost half of the final list are tech companies, with Facebook leading the way at $8,000 per month for each intern. Finance and consulting are the second and third most represented industries on the list, with companies like Bank of America, Capital One, and Bloomberg L.P. all offering interns more than $5,800 per month, significantly higher than the national median average of approximately $3,620 per month, as per the Bureau of Labor. Even Boeing, which comes in last, pays interns almost 15 percent more than the average.

Here's the full list of America's highest-paid internships, according to the report:

In addition to high pay, Facebook interns receive benefits including health care, housing, transportation, and weekday meals, according to Glassdoor reports from former and current interns at the social media company. However, while that's certainly commendable, keep in mind that the hours interns work per month at Facebook typically aren't full-time. Internship lengths vary at the company depending on the role, ranging from 16 to 24 weeks, according to a Facebook internship job posting.

As for the number of hours during those weeks, that also varies; according to the Johnson and Wales University's Employer Guide to Structuring a Successful Internship program, the average intern at any company works just 10 to 20 hours per week (the Department of Labor has not outlined the maximum length of an internship, although if it exceeds 40 hours a week, the intern is entitled to overtime pay).

Making anywhere from $24,000 to $48,000 in under half a year is nothing to sneeze at, but it's a far cry from the $96,000 per year Facebook interns, for instance, would earn in a year if they were to work full-time. It's possible, though, that interns at Facebook and other companies can end up turning their short-term positions into full-time gigs. According to Amanda Stansell, economic research analyst at Glassdoor, it’s becoming increasingly difficult for employers to find strong talent, so they use high wages, benefits, and perks to attract star interns — and retain them for as long as possible.

“With these current labor market conditions [characterized by historically low unemployment rates], there’s intense competition,” she tells Mic. “People who can fill these roles are in short supply so these tech companies are in competition with one another to bid over these people who fit these skillsets. We know that pay is the top consideration, so employers are aware of this and try to have as competitive salaries as possible.”

Offering interns higher salaries in the hopes they stay on longer is an investment employers make to offset the cost of rehiring new employees every few years. According to a study from the Society For Human Resource Management’s Human Capital Benchmarking Report, it costs an average of $4,129 to hire a new employee and approximately 42 days needed to fill the position. While large intern salaries might be a considerable upfront cost for employers, they can mitigate the time and money spent on interviewing and training new hires.

And for interns, starting off your professional career with a job that pays well can be not just a financial relief, but an emotional one, too. Negotiating for higher pay can be a stressful experience, so much so that some people avoid it completely; research from Nerdwallet found that only 38 percent of recent graduates negotiate for higher salaries, even though most employers who responded to the survey said they had room for at least five to 10 percent more to offer in their budget. While you can — and should — treat an internship like an entry-level job and ask for more money before signing on the dotted line, starting out with higher pay than you expected can often alleviate the pressures of negotiation.

Of course, while knowing which companies provide the biggest wages may be helpful, it doesn't mean you can get automatically get a high-paying internship. American unemployment is at an all-time low, meaning there are fewer internship and job openings overall, notes Stansell. This leaves many people looking for high-paying internships out of luck, with no choice but to settle for lower-paying positions — or, unfortunately, ones that are totally unpaid.

The ethics surrounding unpaid internships are hazy; it's no secret that they're a classist issue, since it's often people with inherited wealth or who are being supported by their families who can afford to work for no compensation. Yet unpaid work is technically not illegal. In January 2018, the U.S. Department of Labor issued a test to determine the financial legalities surrounding unpaid internships and decided that an intern is to be considered an employee if they receive training similar to what they'd receive from a teacher, and if their work replaces, as opposed to complements, an employee’s responsibilities. If this is the case, then the intern is entitled to minimum wage plus overtime pay, as well as health care if they work over 30 hours a week, per the Affordable Care Act's regulations. If the intern is not considered to be an employee, however, they are not entitled to any compensation or benefits.

After a host of corporations were hit with class-action lawsuits outlawing unpaid work over the last decade, the practice has substantially died down, but it still exists — and employers know they can get away with it because people continue to apply for the positions, explains Stansell. There are many reasons for this; perhaps the internship is at a prestigious company, adds value to your resume, or is simply the only available option in the field you're interested in. If you can afford it, an unpaid internship might not seem like the worst idea.

Yet these positions often don't actually help you out in the long run. According to a study from the National Association of Colleges and Employers, paid interns who worked at private for-profit companies earned higher wages and got more opportunities later on in their careers, with a median starting salary of $53,521 and a 72 percent job offer rate once their internship concluded. Unpaid interns working at state and local agencies, meanwhile, were paid an average starting salary of $32,969 in entry-level jobs following the conclusion of their internships and were hired for full-time positions only 34 percent of the time.

While unpaid internships are still widely offered to both existing students and college grads, try not to feel cornered into them. As Glassdoor proved with its recent report, it's possible to get both professional experience and income — you just have to be ready for some fierce competition.

More like this
How I finally paid off my $10K credit card bill
By Marianne Eloise
The benefits of liquid chlorophyll, explained
By Melissa Pandika
The fast food industry's predatory marketing blatantly targets Black and Latinx youth
By Taneasha White
Stay up to date