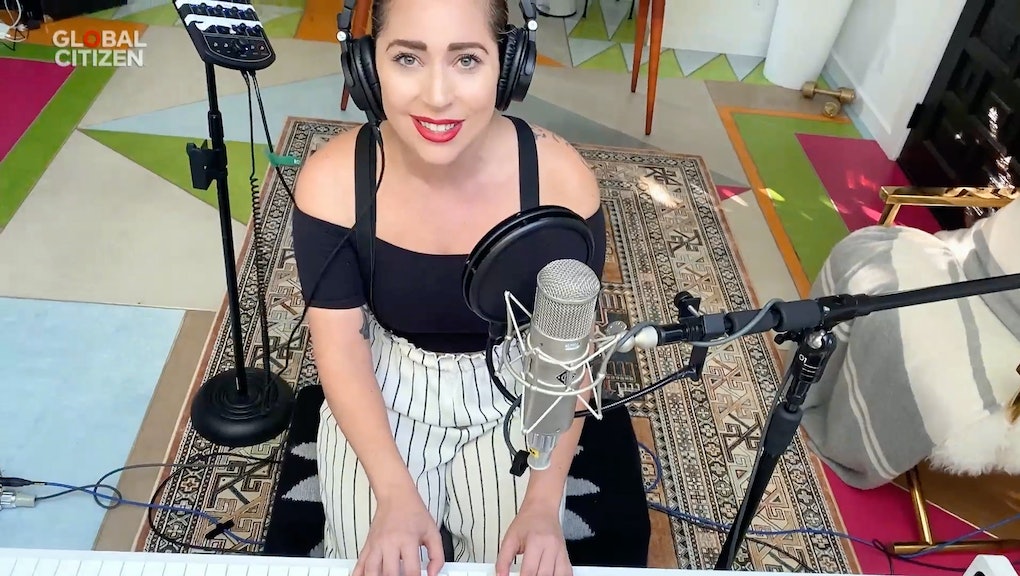 The hollow, glamour-obsessed charity of the modern telethon

There’s no arguing that it’s an important time to donate generously if you’re in a position to. The ongoing covid-19 pandemic is starkly exposing the depths of inequity in our society. The same groups that have faced persistent poverty and discrimination are now the ones at greatest risk of contracting and dying from the virus — not to mention being economically crippled in the longterm. Thankfully, there are tons of worthy organizations working hard to deliver aid to those who need it most.

In times of emergency, charities lean on celebrities and the media to reach potential donors at scale. We’ve seen this play out lots of different ways during the coronavirus pandemic: celebrities have been soliciting money for charity on their social media pages. All of Jimmy Fallon’s virtual guests rep different charities on The Tonight Show. Mila Kunis and Ashton Kutcher are hawking $50 quarantine wine and donating proceeds to relief efforts. We’ve also seen a resurgence of the crisis telethon.

Since the start of the pandemic, a number of notable telethons have raised money for relief efforts. On April 11, Willie Nelson raised $500,000 hosting a virtual Farm Aid benefit concert. One World: Together At Home on April 18, an eight-hour virtual concert hosted by Lady Gaga, raised more than $127 million. BBC One’s The Big Night In on April 23, featuring UK comedy icons as well as Prince William, raised more than £27 million (about $33 million USD).

On Monday night, Rise Up New York!, a star-studded virtual telethon hosted by Tina Fey, raised $115 million for New Yorkers affected by the pandemic. The Emmy winner was brought to tears over the generosity of those who reached into their wallets. "Is this real?" she asked, seeing the tally for the first time. "Okay. $115 million. We did this. You did this. We are difference makers. $115 million! What a great day for New York,” Fey exclaimed. It’s truly a staggering number. The most widely-broadcast telethon in history, 2010’s Hope for Haiti Now benefitting victims of the devastating earthquake there, raised just $61 million in donations, and that figure was celebrated as record-breaking at the time.

The first televised fundraiser aired in 1949 over the course of 16 hours, raising $1,100,000 for cancer research. But it was Jerry Lewis who made them household fixtures by hosting his annual Labor Day telethon from 1966 to 2010, which raised money for the Muscular Dystrophy Association. The 1970s and ‘80s were a peak era for telethons in general, according to TIME, but some weren’t staged for charity per se. In 1975, a two-day telethon raised $52,000 to help pay the legal expenses of a California government official charged with laundering campaign money. And for a brief time starting in 1972, the Democratic Party held annual telethons to help erase its multi-million dollar debt. This might have inspired the 1979 comedy film Americathon, about a telethon held to prevent national bankruptcy.

Telethons aren’t as ubiquitous as they used to be. Nowadays, they pop up as benefit concerts in response to tragedy, mostly. But though entertainment mediums have changed over the years — today’s telethons are more likely to be Twitch streams than a 72-hour variety show broadcast on network TV — the basic recipe has stayed the same. Telethons sit right at this nexus of performance and humanitarian aid, marrying the pleasure of engaging with a celebrity with the good feelings you get from helping the less fortunate.

But altruism gets a bit complicated when entertainment is the catalyst driving the public to shoulder the financial burden of alleviating mass suffering. “During the Haiti telethon, it was announced that George Clooney and Sandra Bullock had each given a million dollars to the cause, as had Brad Pitt and Angelina Jolie,” Wesleyan University professor Elizabeth McAlister wrote in her academic paper on the 2010 Haiti telethon, Soundscapes of Disaster and Humanitarianism.

“These moments underscore the way fundraisers are nationalist rituals in which ordinary citizens perform their moral standing and their public virtue. Civil-minded and compassionate Americans give to the relief effort, and the proper authorities do their job to help,” McAlister wrote. “Meanwhile, the mediator-priests who connect the suffering victims, the relief agencies, and the individual American donors are the quasi-deities of American civil life: the celebrities.”

Telethons aren’t evil, of course. Raising money for those in need is important, and most big fundraising events work with verified charitable partners who make sure aid gets funnelled to the right places. But there’s something about the way telethons lean on star power to manipulate our feelings that rubs wrong. McAlister also noted in her paper that most pop songs performed on telethons are really love songs. Because feeling is so tangled up in music, and most people have prior associations with these songs, it’s a nifty bit of emotional manipulation.

The coronavirus pandemic has lots of folks on shaky ground, however. Unemployment is staggeringly high and the economy is plummeting into a recession. While the general public keeps proving it’s willing to give generously, maybe more of the influencers, celebrities and corporations pushing people to donate ought to reach deeper into their own pockets. After all, most of the problems being faced by needy populations today are the result of decades of systemic inequality. It’s time to put a little more pressure on the 1% rather than guilting the general public to donate.