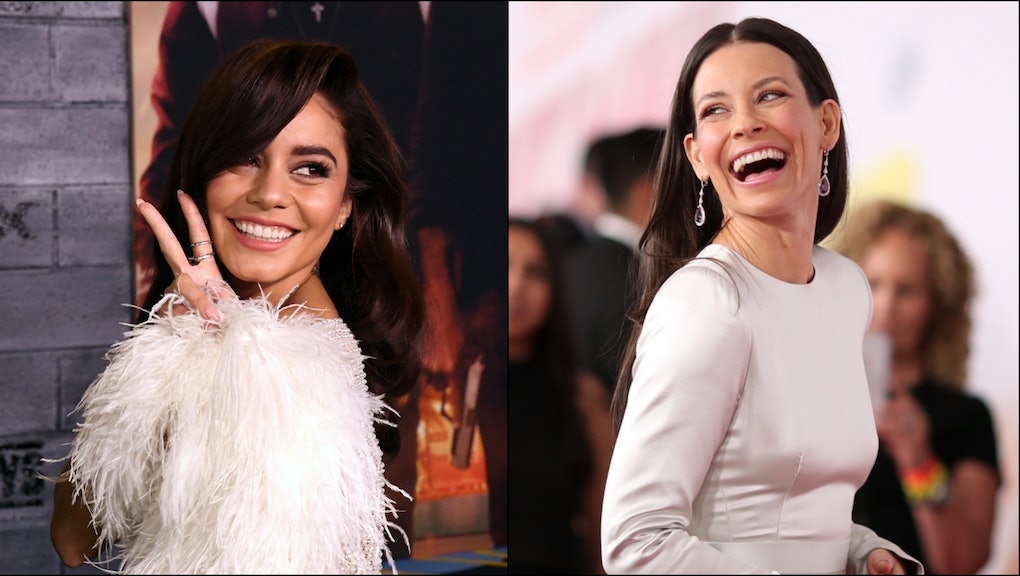 Evangeline Lilly became the latest Hollywood personality to espouse a problematic opinion about coronavirus on Thursday. The Lost star Instagrammed her morning tea with the caption, “Just dropped my kids off at gymnastics camp. They all washed their hands before going in. They are playing and laughing.” She hashtagged it #businessasusual.

While Evangeline may not want to acknowledge the deadly threat of COVID-19, facts are facts: things are not business as usual right now. Most of the country is self-quarantined to limit the spread of this sickness before it overwhelms our healthcare system and starts killing people en mass because we don’t have enough respirators to keep those who need them alive.

That’s the grisly bottom line about coronavirus, according to medical experts and also my mom, who has worked in public healthcare her entire career: for a lot of otherwise healthy Americans, COVID-19 will feel like the flu. But when things go wrong and sick people develop pneumonia or have other complications, coronavirus suddenly gets far deadlier than any regular flu. The Washington Post’s “corona simulator” explains everything really clearly, with graphics that help illustrate the science — I recommend reading it.

People chastised Evangeline Lilly for her laissez-faire attitude about coronavirus, but the actress only doubled-down, insinuating the pandemic is a political hoax to enforce martial law or something. Lilly also said she and her kids are currently living with her father, who has stage four leukemia (one of the highest-risk demographics), making this whole episode even more baffling.

The amount of privilege and ignorance her words exposed is almost… unfathomable. To borrow a phrase from Hillary Duff: “Go home. We’re in a pandemic. Go home.”

It’s tempting to write bad behavior like this off as kooky celebrity bullshit, but unfortunately, conspiracy theories like the one spouted by the actress are flying across America. Anecdotally, my healthcare worker mother also told me she’s been fielding questions from people genuinely concerned that COVID-19 is some form of biowarfare. She’s had to calmly explain why, no, doctors and scientists don’t think that’s the case. (What would an enemy gain by targeting countries as diversely aligned as China, Iran, Italy, South Korea, the UK, the US? Come on, people.)

Evangeline Lilly isn’t the only star who’s used her platform to say dumb things about coronavirus recently, unfortunately. Early this week, Vanessa Hudgens hosted an Instagram live session and bemoaned estimates that the outbreak could last into summer: ““How long is this shit going to last? I don’t know. I predict a month. Someone today said six weeks. But I feel like after that it’ll be fine,” she said. “Um, yeah, ’til July sounds like a bunch of bullshit. I’m sorry. But like, it’s a virus. I get it. Like, I respect it, but at the same time, even if everybody gets it. Like, yeah, people are gonna die—which is terrible. But like, inevitable? I don’t know,” Hudgens added. “Maybe I shouldn’t be doing this.” Yeah girl, not the smartest move you’ve made — though at least she apologized. "This has been a huge wake up call,” Hudgens told fans.

This is the first time humanity has faced a global pandemic in the digital age. And unfortunately, the internet has made it too easy for people with followings — like Lilly, Hudgens or Alex Jones — to spread misinformation, loudly. The Lost actress is straight-up sharing conspiracy theories about COVID-19 and not apologizing for it. Between this and Daniel Dae Kim testing positive for the virus, it’s been a bad couple days on “the island,” huh?

Hudgens’ words were less insidious, more just uninformed. But she sounded a lot like the Gen-Z spring breakers in Florida right now, whining about their ruined vacations and downplaying the threat of coronavirus. Their flushed, boozy faces have been on all our timelines this week — and now Florida officials are forcibly closing all the beaches there, to try and protect the state’s (sizable) elderly population.

It’s hard to wrap your head around what beating coronavirus really looks like. If we win, this thing will go down in history as a bad cold. If we lose, so many people are projected to die in the US alone that the numbers are, frankly, baffling. Yes, the elderly are at a higher risk, but coronavirus can and will kill younger people, too.

And if that’s not enough of a sobering thought, here’s another: if COVID-19 does wipe out an entire generation of old people, that could include your grandparents, your friends’ grandparents, your old teachers, your neighbors, elderly people you just know from around, aging celebrities… the list goes on. And the next time there’s a superbug like this (it could happen again within our lifetimes), your generation might be the elderly one.

All to say, now is the time for people to be extra responsible — including the famous and unfamous, rich and poor, young and old, Democrats and Republicans. And those of us who are hyper-connected online, have large followings or otherwise wield outsized influence have an even greater obligation than usual to tell people the truth and, frankly, act right.

More like this
Steve from 'Blue's Clues' gave us the closure we didn't know we needed
By Kara Weisenstein
Lil Nas X's 'baby registry' proves trolling can be done with heart
By Brandon Yu
The 8 best reality shows you're not watching, but should be
By Brandon Yu
Stay up to date