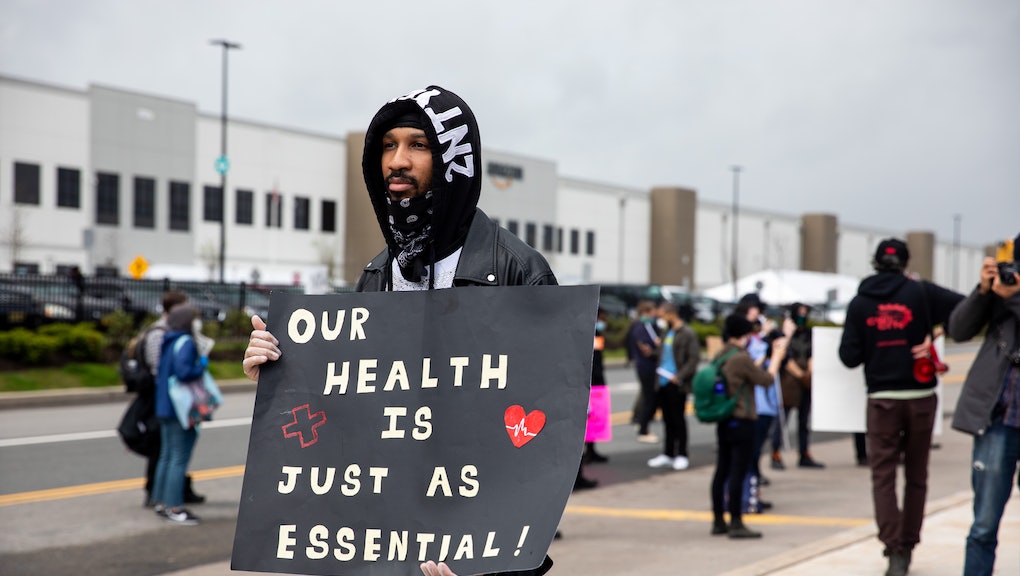 "The justifications were laughable": Amazon VP quits over the company's firing of protesting employees

A senior principal engineer and vice president at Amazon Web Services in Vancouver resigned last week in a blog post sharply critical of the company. According to the post, Tim Bray chose to leave the job he had held for more than five years "in dismay" over management's decision to fire protest organizers who drew attention to what they said were unsafe working conditions during the pandemic instead of addressing their concerns.

"Management could have objected to the event, or demanded that outsiders be excluded, or that leadership be represented, or any number of other things," Bray wrote. "There was plenty of time. Instead, they just fired the activists."

Despite escalating his objections "through the proper channels and by the book," he could not justify staying at the company. "Remaining an Amazon VP would have meant, in effect, signing off on actions I despised. So I resigned."

Amazon declined to comment on the matter when contacted by Mic.

In his post, Bray pointed out that Amazon's warehouse workers lacked power within the company, using his former department as a point of comparison.

"Amazon Web Services (the "Cloud Computing" arm of the company), where I worked, is a different story," he wrote. "It treats its workers humanely, strives for work/life balance [...] and is by and large an ethical organization. I genuinely admire its leadership."

On the other hand, "warehouse workers are weak and getting weaker" due to the pressures felt from "job-linked health insurance" in the U.S. "So they're gonna get treated like crap, because capitalism." Bray stated that "[a]ny plausible solution has to start with increasing their collective strength," because, in the end, "it's all about power balances."

However, Amazon has taken repeated steps to squash any push toward unionization. The company has also been caught plotting smear campaigns against employees going public.

One internal memo obtained by Vice suggested that painting an organizer as "not smart or articulate" would put Amazon in a "much stronger PR position."

Unfortunately, the utter lack of sympathy toward warehouse workers appears to be part of what makes Amazon a strong retail competitor.

"Amazon is exceptionally well-managed and has demonstrated great skill at spotting opportunities and building repeatable processes for exploiting them," Bray wrote. But this gives the company "a corresponding lack of vision about the human costs of the relentless growth and accumulation of wealth and power."

The real problem isn't just the response to the pandemic, he continued, it's something that runs deeper. "It's that Amazon treats the humans in the warehouses as fungible units of pick-and-pack potential."

Bray believes that Amazon's flagrant disregard for its human employees needs to be curbed using our existing laws. "We don't need to invent anything new," he wrote. "[A] combination of antitrust and living-wage and worker-empowerment legislation, rigorously enforced, offers a clear path forward. Don't say it can't be done," Bray added, "because France is doing it."