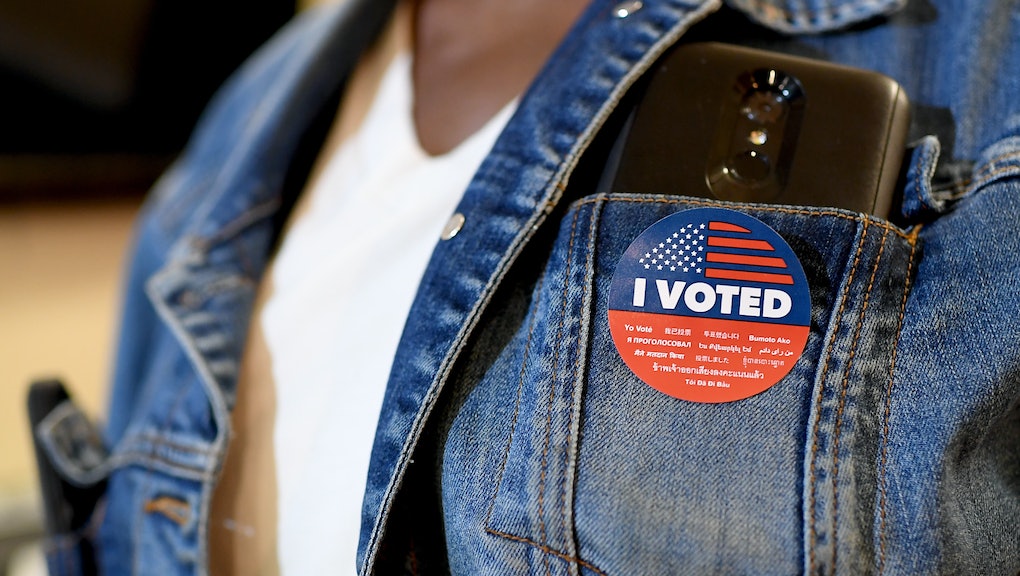 The key races in 2020 that aren't the presidency

You know the drill by now. The 2020 election is not only about who will become the next president of the United States. The implications are massive, yes — will people in the U.S. reject or re-elect President Trump? But there are other key races on the ballot in 2020 for you to consider that will completely set the tone for the next few years.

The 2018 midterms were often referred to as a referendum on Trump by many news outlets, political analysts, and the president himself. And when there was a "blue wave," particularly in the House, there were whispers about whether 2020 would have the same outcome. Even in more recent elections, like the Kentucky gubernatorial race and the special election in North Carolina's 9th District, prognosticators wondered if they would offer hints about what's to come in 2020. But Democrat Andy Beshear won the Kentucky governor's race and Republican Dan Bishop won the North Carolina seat, so take from that what you will.

In 2020, there will be dozens of races with major significance for the country, from Congress to local ballot initiatives. Here are some of the key ones to look out for.

To take control of the Senate, Democrats either need to net four seats, or three seats and the White House (because the vice president serves as president of the Senate). Many analysts have Republicans keeping control of the Senate, but say it's not impossible for Democrats to take over. Both FiveThirtyEight and Politico currently name Colorado, Arizona, and North Carolina as toss-ups, where it's not clear whether the odds lean toward one party or the other. But beyond the complete unknown, there are other races that are interesting to keep track of as well.

Georgia: Despite pleas from Democrats, Stacey Abrams has said she won't run for Senate in Georgia, where both seats are up for grabs (one is a regular election and one is a special election). Abrams narrowly lost the Georgia gubernatorial race last year. In the regular election, Sen. David Perdue, a Republican, is the incumbent, and various Democrats are running in the primary. In the special election, there are only two declared candidates, but several potential others could join in the next year. If no one wins a majority in the special election, it will go to a runoff election in January 2021.

Maine: People across the political spectrum will be glued to the results of the Maine election, where Sen. Susan Collins is up for re-election. Collins is known as a fairly moderate Republican, who has criticized Trump's policies numerous times and occasionally voted for pro-choice bills. But her vote to confirm Brett Kavanaugh as a Supreme Court justice despite the sexual assault allegations against him lost her a lot of bipartisan goodwill. It's unclear who she will be facing yet, but Sara Gideon is a top choice for the Democratic primary.

Because terms in the House of Representatives are only two years long, every seat will be up for re-election this year. However, some races are more competitive than others. According to the Cook Political Report, which offers non-partisan political analysis, there are 182 solidly Democratic seats, 160 solidly Republican seats, 35 seats that are likely or lean Democrat, and 33 seats that are likely or lean Republican. Then there are 24 seats they deem total toss-ups.

But like the Senate, there are some other races to keep your eye on, too.

California District 22: This seat is currently held by Republican Rep. Devin Nunes, who has been embroiled in criticism over his defenses of Trump during the impeachment inquiry.

Iowa District 4: This seat is currently held by Republican Rep. Steve King, who recently asked why the term "white supremacist" was considered offensive and pondered whether there would be any population left if not for rape and incest.

Kansas District 3: This seat is currently held by Democratic Rep. Sharice Davids, one of the first Native American women ever elected to Congress and the first openly LGBTQ person to represent Kansas. She is being challenged by Republican Sara Hart Weir, a former national disability rights advocate.

Pennsylvania District 17: This seat is currently held by Democratic Rep. Conor Lamb, who has drawn criticism for voting in line with Trump more often than not.

A spokesperson for the Democratic Legislative Campaign Committee says the top states they are targeting this year — noting their "huge redistricting implications" because of the 2020 Census — are Arizona, Florida, Georgia, Iowa, Michigan, Minnesota, North Carolina, Pennsylvania, Texas, and Wisconsin.

Missouri: After Republican Gov. Eric Greitens resigned in 2018 over threat of impeachment due to allegations he tried to blackmail a woman with whom he had an extramarital affair, Lt. Gov Mike Parson was sworn in as governor. Now, Parson faces a Republican primary against state Rep. Jim Neely. The favored Democratic candidate so far is state auditor Nicole Galloway.

North Carolina: LGBTQ advocates are specifically watching the North Carolina governor's race. In 2016, current Gov. Roy Cooper, a Democrat, ousted the incumbent Republican Pat McCrory, who received national ire for his support of HB2, often known as the transgender "bathroom bill." Cooper has not yet announced whether he will run for re-election as the incumbent, but two Republicans have entered the primary so far.

There's still a lot of time for issues to make it onto state ballots, but there are already a few intriguing measures that will definitely be up for a vote in 2020.