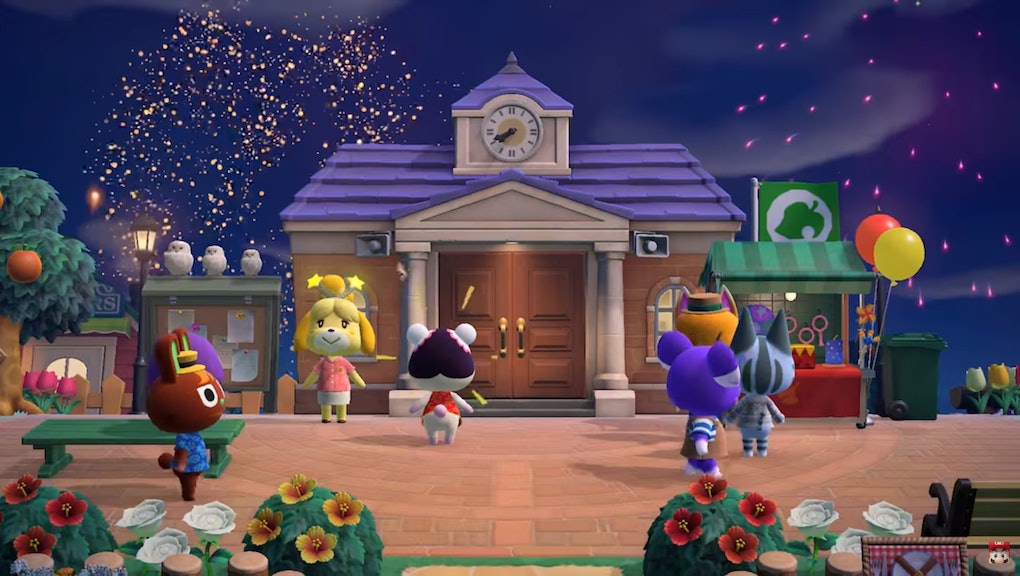 Nintendo has announced the second part of its summer update for Animal Crossing: New Horizons. 'Wave 2,' as it's called, will wind down the summer season with a colorful bang when it drops on July 30. It features weekly fireworks, traveling through dreams, and backup saves to keep your island safe.

The new events follows the 'Wave 1' updates that were released in June, which were notable for giving players the ability to swim and dive in the ocean.

Every Sunday at 7 PM there will be a fireworks display in the plaza for everyone on the island. Race over to catch the bright colors with your villagers or visiting friends.

You can also spend some bells on tickets to a raffle run by the conniving fox, Redd. His prizes include festival items you can play with during the weekly celebrations.

And for the pyro-enthusiasts out there, you can make your own custom fireworks to shoot into the sky. Players can design their fireworks the same way they make custom patterns.

Visit islands through your dreams

Visiting other towns through a dream was first introduced in the previous Animal Crossing game, New Leaf, for the Nintendo 3DS.

In New Horizons the feature returns when you decide to take a nap in your home. As you enter the dream realm, you'll be greeted by a character named Luna, who will let you visit dream versions of other islands.

Nothing you do in this dream is permanent or saved, so this feature is a safe and nifty way to explore other people's islands while sharing your own.

Secure your island with backups

For maximum safety, though, Nintendo Switch Online is offering island backup services that will automatically save your island data via the internet at certain times. That way, if you ever lose your Nintendo Switch you can still recover your island with the backup.

Nintendo will have more information on their support page when the update goes live. The company has stated that they're also planning to create an easier way to move your save data to another Switch system in the future, which could be announced later this year.

There are more updates to come in the fall, so enjoy the summer fireworks while they last!