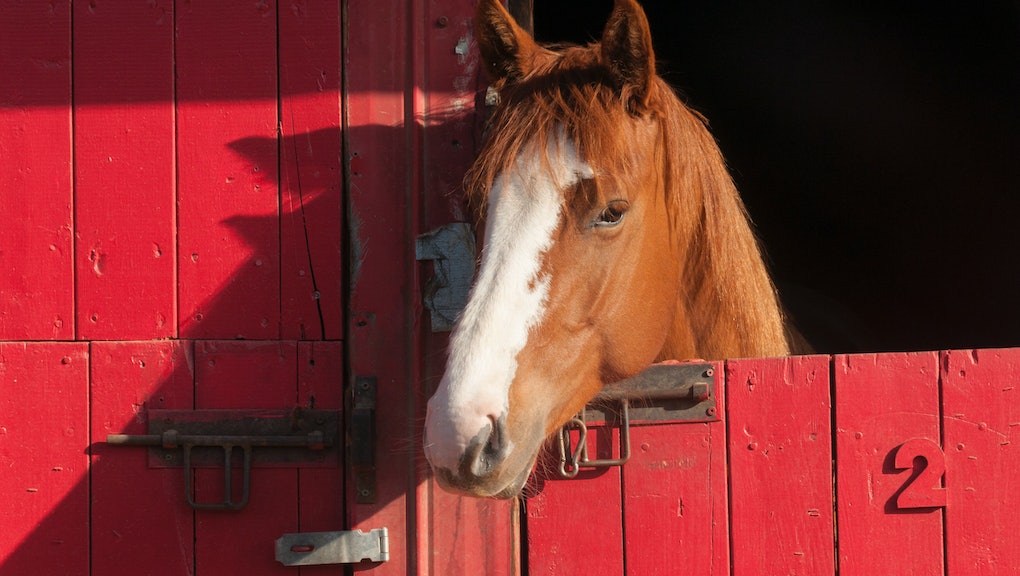 As one of Mic’s resident health journalists, I’ve reported on many supposed coronavirus “cures," from hydroxychloroquine to elderberry, all of them false and some downright dangerous. Once safe, effective vaccines emerged, I assumed those snake oil days would be behind us — but wow, was I wrong. Nowadays, people would rather take a drug meant for cows and horses than get vaccinated.

Health officials in Mississippi — the state with the second-lowest COVID-19 vaccination rate in the country — are begging people to stop taking the medicine ivermectin as an alternative to the jab, NPR reported. Calls to the state poison control center about an anti-parasitic drug typically used in cows and horses have surged so much that the Mississippi State Department of Health released an alert last Friday, penned by state epidemiologist Paul Byers. At least 70% of recent calls were related to people taking a formulation of ivermectin designed for livestock, he wrote.

There are formulations of ivermectin intended for humans, but only for a handful of specific uses, as VICE pointed out. In a recent consumer update, the FDA noted that it’s approved ivermectin tablets for two diseases caused by parasitic worms and some topical versions for skin conditions and head lice. The agency hasn’t approved it for treating or preventing COVID-19, though — in fact, it doesn’t kill viruses, period.

It’s also crucial to stress that the human and animal formulations of ivermectin are very different from each other, as the FDA explained in its consumer update. Animal drugs are usually highly concentrated because they’re meant for cows and horses, which can tip the scales at a ton or more. The dose of ivermectin intended for these massive beasts would be way too high for humans, who weigh much less.

"You wouldn't get your chemotherapy at a feed store,” Mississippi State Health officer Thomas Dobbs said in a Zoom call, according to NPR. “It can be dangerous to get the wrong doses of medication, especially for something that's meant for a horse or a cow.”

Indeed, taking drugs formulated for large animals “can be highly toxic in humans,” according to the alert Byers wrote. He detailed the scary symptoms of ivermectin toxicity, which can include a rash, vomiting, neurologic disorders, and possibly even hepatitis serious enough to warrant hospitalization. The Mississippi Poison Control Center and the Mississippi State Department of Health noted that at least two people have already landed in the hospital due to possible ivermectin toxicity after they took a formulation of the drug meant for livestock, WTVA reported yesterday.

As with other false COVID “cures,” the ivermectin hype began with conspiracy groups, VICE reported. CNN noted that leading conservative media personalities, including Fox News’s Laura Ingraham and Tucker Carlson, have fanned the flames by mentioning the drug as a possible COVID-19 therapy, consistent with a pattern of promoting dubious coronavirus treatments while sowing skepticism toward masks and vaccines. While ivermectin hasn’t been proven to prevent or treat COVID-19, we do know that the vaccines vastly lower the risk of serious illness and death from the disease.

All of this is to say, do not take ivermectin in an attempt to treat or prevent COVID-19. Or, as the FDA put it in a recent tweet calling for an end to the nonsense: “You are not a horse. You are not a cow. Seriously, ya’ll. Stop it.”

More like this
Studies suggest that Pfizer is no longer the cooler vaccine
By Ian Kumamoto
Delta might be the last COVID nightmare variant we get
By Ian Kumamoto
Uncontrollable, weed-induced vomiting is on the rise, according to new research
By Tracey Anne Duncan
Stay up to date