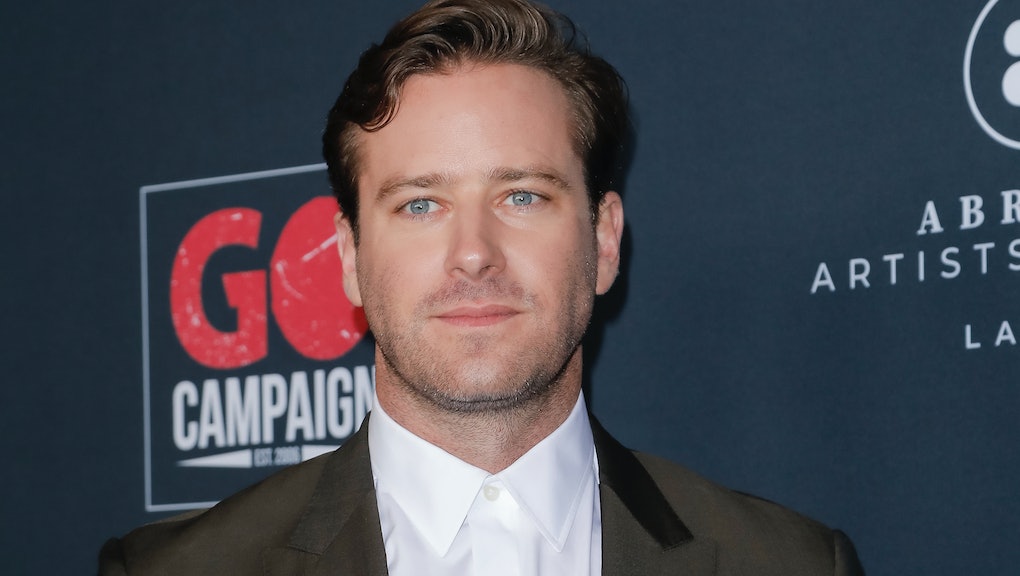 Armie Hammer really thought 2021 would be his time to shine. “2021 is going to kneel down before me and kiss my feet because this year I’m the boss,” the actor tweeted on New Year’s Day.

At this point, Hammer is reportedly laying low in the Cayman Islands. Meanwhile, movers recently emptied his $5 million Los Angeles mansion under cover of darkness — leaving behind a rope-bound mannequin conspicuously crammed into a garbage can. Well, thanks to an exhaustive exposé on the Hammer drama — including a deep-dive into the actor’s scandalous family history — the public finally has more context for that tied-up mannequin and his other proclivities. Spoiler alert: it’s really not pretty.

Julie Miller's Vanity Fair article, “The Fall of Armie Hammer,” is definitely worth a read in its entirety. (Full disclosure: I had to draw myself a family tree to keep the actor's nefarious forefathers straight.) It offers a fascinating analysis of what can happen when immense wealth and privilege collides with humanity’s darker proclivities. Here are some of the most salacious tidbits:

More like this
You can feel for Khloé Kardashian and also recognize she's part of the problem
By Kara Weisenstein
Queen Rihanna marched with the people against Asian hate this weekend
By Kara Weisenstein
'Exterminate All the Brutes' is a messy, ambitious documentary that ties together genocide, white supremacy, colonialism ... and Josh Hartnett?
By Nicholas Russell
Stay up to date