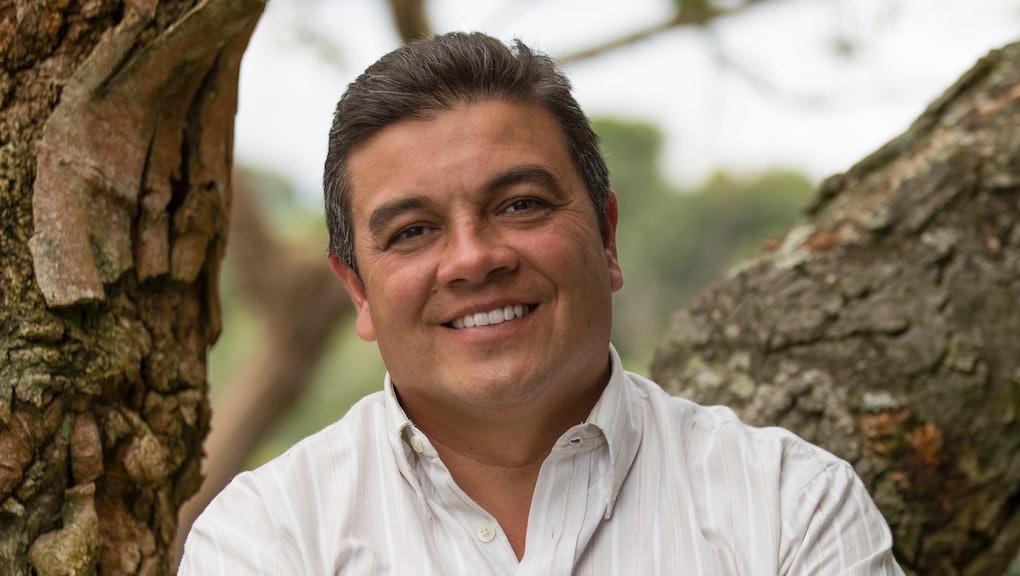 The Many Lives of Laughing Man® Coffee: A day in the life of coffee producer Ruber Bustos Ramirez

As a coffee producer in Huila, Colombia, Ruber Bustos Ramirez begins his day at 6am with a fine cup of joe. He started drinking coffee as an infant and even began working with coffee in his early adolescence, leaving school to pursue his family’s trade. Nowadays, he operates his own farm beside his family’s home, we they have been operating for the past 12 years.

On a typical day, Bustos rises at 6:00am, enjoys his first cup of the day before moving yesterday’s drying coffee from the dryer. After the coffee has been moved, Bustos and his workers have a quick breakfast before heading off to the farm to pick cherries and monitor the harvest. At 10am, he brings coffee to the workers, one of the many times in the day where he breaks up the workers’ routine with the spoils of their harvest. At noon, Bustos calls his workers to lunch and weighs the coffee that was picked during the morning. At 1pm, he washes the coffee from the previous day and depulps the coffee from the morning’s harvest. At 3pm, he brings out coffee again and at 4:30pm, he and the workers weigh the coffee harvested during the afternoon, keeping track of each individual’s harvest as they receive compensation based upon their day’s pull. As the day winds down, Bustos depulps the coffee from the afternoon’s harvest and then again moves the drying coffee. He then takes care of his equipment, making sure to rinse off the depulping machine and leave his farm in a ready state for the next day’s harvest.

“The two things I like the most are: first; listening as the workers fill their baskets with coffee cherries,” Bustos says, “and the second; picking cherries and appreciating the parchment coffee from my dryers.”

Coffee has been in the Bustos family since Ruber’s great-grandparents first began the trade, a tradition he hopes to keep in his family. It’s a business he loves and one that allows him to be an active businessman as well as committed father. “For me it is the best living room in the world,” Bustos says referring the scenic landscape of cherry plants, the tranquility of the area, the fresh air punctuated by the aroma of the freshest of coffee. Bustos knows of the importance of the land, and even calls coffee the soul of Huila. “I do my work with a love and a passion for it. I have clean and modern processing facilities, good drying equipment and a good storage area.”

Bustos was first approached by Laughing Man® Coffee two years ago when the team visited COOCENTRAL to record the “Make Every Cup Count” commercial. "It was an unforgettable, spectacular experience and I was very proud to have them on our farm.”

Since linking up with Laughing Man® Coffee, Bustos’s farm has received subsidies for home improvement and an educational scholarship for his son, David. “I look forward to seeing my family very prosperous and involved in the coffee sector. I hope that in my community the youth who are linked to the coffee sector remain committed to it.”

For Bustos, having his family and community benefit from coffee has been a dream come true and it isn’t something he takes for granted, knowing that any goal takes determination. “Success is seeing your dreams come true with humility, patience, and work,” Bustos maintains. “Success for me is to achieve all my goals, as an entrepreneur and as an individual in the coffee sector.”