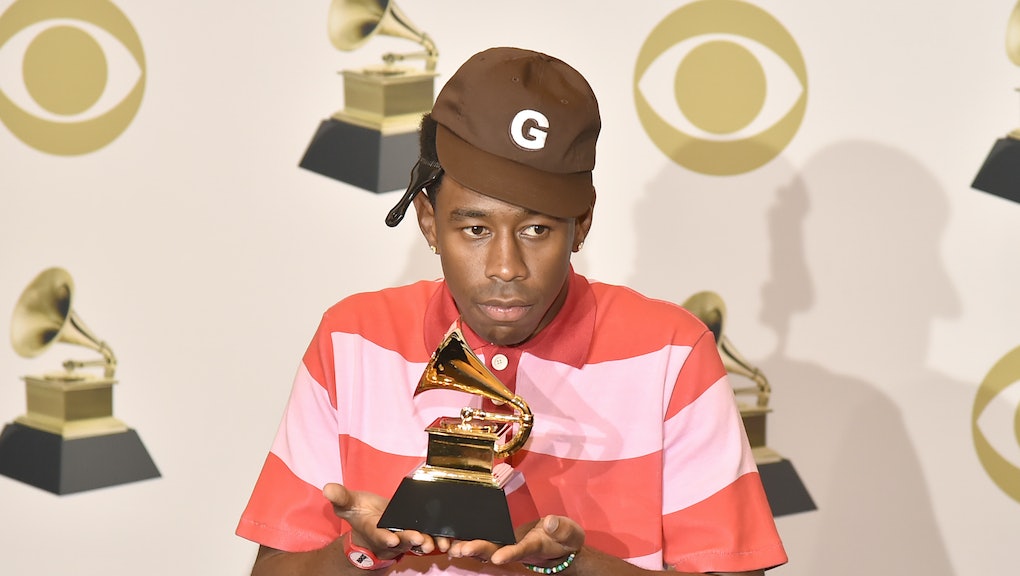 On Wednesday, the Recording Academy announced a number of rules and category changes for next year’s Grammy Awards. Most notably, the awards have refashioned the “urban contemporary” category as “Best Progressive R&B Album.” It’s been a heavily coded term since long before the category was established in 2012, and was more or less identified as such on arrival. As with a number of other brands and institutions seizing the current moment to exorcise decades-long racial injustice or failures in optics, the Grammys have apparently been weighing this choice for years. In an interview with Variety about the latest rule changes and category shifts, interim Recording Academy president and CEO Harvey Mason Jr. discussed the controversial category.

“It’s something we’ve been discussing for a couple of years, and the term has been a hot button for a while,” Mason told Variety. “A lot of creators and people in that genre didn’t like that description and felt it pigeonholed certain styles of music, so when our constituents brought that to us in the form of a proposal, we listened and voted to approve, as asked by the people in that community.”

Despite this reversal, the Recording Academy managed to add the “urban” designation to another category: Latin Pop Album has been renamed “Latin Pop or Urban Album.” So whether it’s an effort to divorce the term from music made by Black artists, the Recording Academy has still found a way to other a subset of its eligible musicians.

This comes after a broader effort from the music industry to rid itself of the term. Republic Records, Warner Music Group, and iHeartRadio have also pledged to stop using the coded descriptor in favor of more clearly defined genres. “It’s always made me feel very uncomfortable,” producer and manager Nathaniel Cochrane told Bloomberg. “It allows certain white people to use it against us, against the black community.”

At this year’s Grammy Awards, Tyler, the Creator was a bit more forthright about his issues with classifying Black artists as rap or urban. “It sucks that whenever we — and I mean guys that look like me — do anything that's genre-bending or that's anything they always put it in a rap or urban category,” he said in a backstage interview. “I don't like that 'urban' word — it's just a politically correct way to say the n-word to me.” His 2019 album Igor, which won Best Rap Album at this year’s Grammys, could’ve just as easily qualified in any of the pop categories.

This follows a tumultuous year for Recording Academy leadership. Weeks before the 2020 Grammy Awards, Recording Academy president Deborah Dugan was removed from her post, after the academy cited a “formal allegation of misconduct.” However, Dugan filed a complaint with the Equal Employment Opportunity Commission, alleging widespread sexual misconduct, conflicts of interest on the board, and corrupt voting practices within the academy. Likely in an effort to address some of these charges, the Recording Academy is also requiring all nomination review members to sign conflict of interest disclosure forms before the voting process.

More like this
Netflix’s ‘Yasuke’ is more evidence that the future of anime is Black
By Terrence Sage
"Radical love in action": How organizers supported vulnerable Muslim communities during Ramadan
By Vanessa Taylor
The connection between climate anxiety and white fragility
By AJ Dellinger
Stay up to date