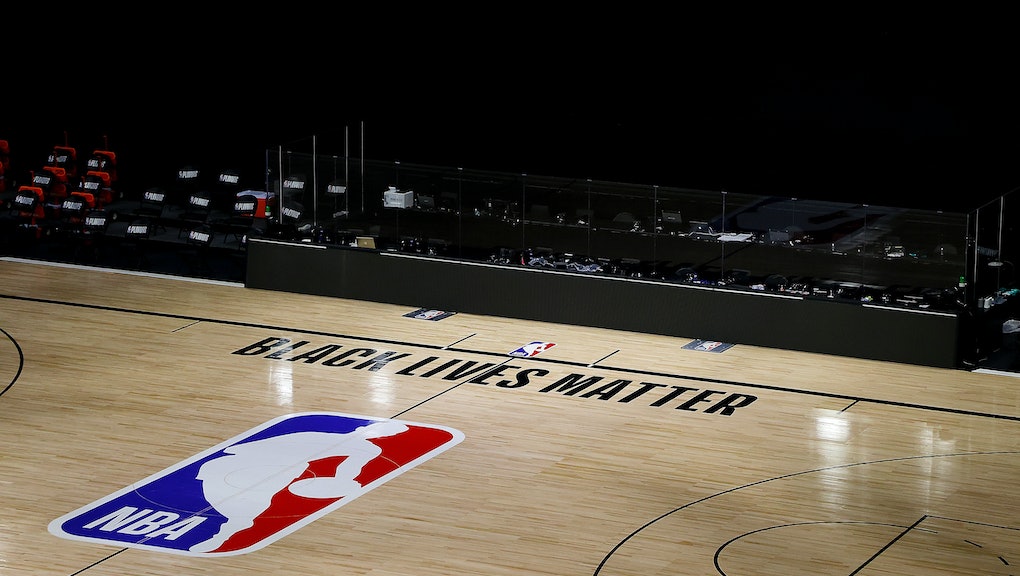 Just two days after basketball players across the country launched an unprecedented wildcat strike in the wake of the police shooting of Jacob Blake in Milwaukee, Wisconsin on Sunday, the NBA announced a series of initiatives to address the political, racial, and criminal justice issues raised by the striking teams.

In a press release issued Friday, both NBA Commissioner Adam Silver and Players Association Executive Director Michele Roberts committed to three concrete steps designed, as the pair said in an accompanying statement, "to further our collective efforts and actions in support of social justice and racial equality."

The steps include the creation of a "social justice coalition" comprised of representatives from across the NBA, which will focus "on a broad range of issues, including increasing access to voting, promoting civic engagement, and advocating for meaningful police and criminal justice reform." The NBA and players association also agreed to work toward creating ad spots during each playoff game, to educate viewers about civic engagement and voting rights.

To that end, it is the third commitment that is perhaps the most impressive, and which has the potential to be most impactful.

In every city where the league franchise owns and controls the arena property, team governors will continue to work with local elections officials to convert the facility into a voting location for the 2020 general election to allow for a safe in-person voting option for communities vulnerable to COVID. If a deadline has passed, team governors will work with local elections officials to find another election-related use for the facility, including but not limited to voter registration and ballot receiving boards.

While not every team owns their own arena (in Minneapolis, for instance, the city owns the Timberwolves' Target Center), that the league is pushing for those that do to open their ample space during a pandemic which has threatened to tamp down on in-person voting marks a concrete effort to enact concrete change beyond vague working groups, and televised PSAs. The league did not disclose whether it had plans for expanded voting opportunities in cities where teams are not in full control of their playing space.

Still, that it took just days for the striking players to achieve what appears to be sizable commitments from the league is a testament to the power of labor to enact meaningful change. It also serves as a pointed rebuttal to the chorus of naysayers and critics whose calls for players to "stick to sports" at the expense of their own lived experiences and moral instincts.

"These commitments follow months of close collaboration around designing a safe and healthy environment to restart the NBA season, providing a platform to promote social justice, as well as creating an NBA Foundation focused on economic empowerment in the Black community," Silver and Roberts wrote in their statement.

While there are still plenty of unknowns and potential complications ahead for the NBA and its players, it's clear that this week's strikes — and what they've already accomplished — marks an inflection point for the league, and the country as a whole.