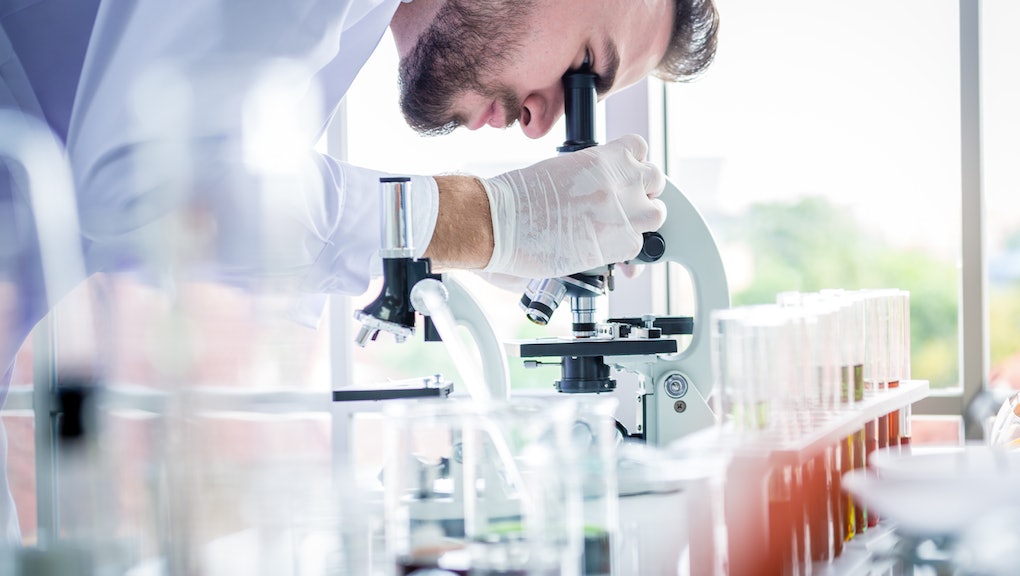 On Saturday, August 15, the FDA gave emergency approval to a saliva test for COVID-19, as the U.S.’s testing capacity struggles to keep pace with growing demand due to business and school re-openings, the Washington Post reports. Here’s what you need to know about the new coronavirus test that’s apparently easier, faster, and might make you less squeamish than the standard nasal swab test.

Developed by Yale School of Public Health researchers, the diagnostic test, known as SalivaDirect, doesn’t rely on swabs or chemical reagents that have grown hard to come by, allows saliva to be collected in any sterile container, and yields results faster than the standard test, per the Post. As a result, some experts think it could give us a clearer picture of COVID-19’s spread.

So far, SalivaDirect appears to be as accurate as the more commonly used polymerase chain reaction (PCR) test, based on the Yale researchers’ findings, although they have yet to be peer-reviewed, according to the Post. The NBA, which funded the research, uses the test on players and staff in its bubble at Walt Disney World, where teams are under strict quarantine.

“Providing this type of flexibility for processing saliva samples to test for COVID-19 infection is groundbreaking in terms of efficiency and avoiding shortages of crucial test components like reagents,” FDA Commissioner Stephen Hahn noted in a statement.

This efficiency stems partly from the fact that SalivaDirect doesn’t involve extracting the novel coronavirus’s genetic material, a step required by other COVID-19 tests, STAT explains. Among other components of the tests currently in use, extraction kits have become scarce. In general, supply issues have hindered testing capacity and turnaround times. SalivaDirect can process around 90 samples in less than three hours in a laboratory, possibly even more if it's large and automated.

Since it doesn’t require certain, precious, reagents, the Yale researchers estimate that running it would probably cost only up to $10, according to the Post. Also, unlike the nasal swab test, SalivaDirect doesn’t require trained clinical staff, enabling them to attend to other urgent matters and minimizing exposure risk.

Yale plans to make its testing protocol open source so that other labs can implement the method themselves using an array of commercially available products, the FDA statement noted — indeed, the test doesn’t need proprietary equipment. This could cut costs and the time it takes to get results, while expanding testing frequency. Labs can scale up the testing method, available immediately, so it can be rolled out in the next few weeks, STAT reports.

A research group led by Martin Burke, a chemist at the University of Illinois at Urbana-Champaign, is among one of the labs the Yale team is working with to authorize more tests. He’s devised and launched a similar saliva test to screen more the 50,000 students and others on campus, per the Post. Students can get tested at on-campus stations and receive results on an app in three to five hours, allowing the school to meet its goal of testing them twice a week. Data on the test’s sensitivity are pending, but Burke points to promising preliminary clinical findings.

Fast, frequent screening like that promised by SalivaDirect allows infected individuals to quarantine right away, before they pass on the novel coronavirus to others, the Post notes. "If cheap alternatives like SalivaDirect can be implemented across the country, we may finally get a handle on this pandemic, even before a vaccine,” Nathan Grubaugh, a Yale assistant professor of epidemiology who was involved in developed SalivaDirect, told CNN. Fingers crossed.