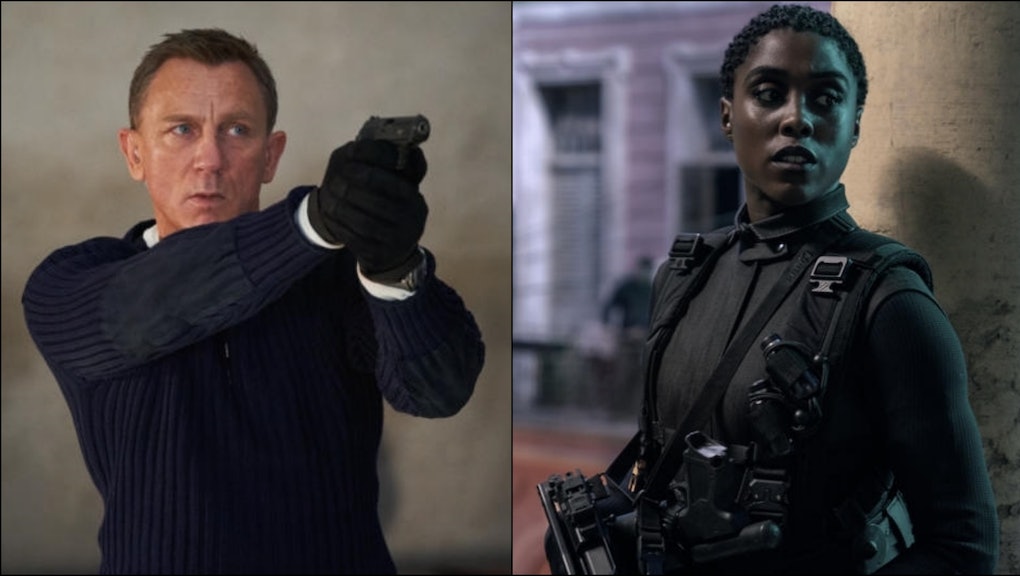 "No Time to Die" production stills © Universal Pictures via IMDb

Audiences got a first real look at No Time to Die, the 25th installment in the James Bond franchise, via the film’s first trailer Wednesday. Out April 2020, the film stars Daniel Craig in his fifth (and presumably final) outing as secret agent 007.

He’s joined by Bond newcomers Lashana Lynch, whose character took over the 007 designation when Bond retired from service at the end of 2015’s Spectre; Ana de Armas, as a supposedly modern Bond girl; and Rami Malek, as a villain who looks an awful lot like the Phantom of the Opera.

No Time to Die is the first chapter in the Bond saga to grapple with the fallout of #MeToo. Earlier this year, filmmaker and comedian Phoebe Waller-Bridge was brought on to polish up the Bond 25 script originally penned by a string of men: Neal Purvis and Robert Wade, who’d helped write every Bond flick since The World Is Not Enough, wrote the first draft. Paul Haggis, the Casino Royale screenwriter, was hired to rewrite their script in 2018. In early 2019, Scott Z. Burns was brought on to rework it again. Finally, at Daniel Craig’s request, the production hired Waller-Bridge to polish the script in April 2019, by adding more humor and making characters more believable.

Craig, like the good feminist he is, shut down a reporter’s insinuation that the Fleabag star and filmmaker was a diversity hire: “Look, we’re having a conversation about Phoebe’s gender here, which is fucking ridiculous,” he said. “I know what you’re trying to do, but it’s wrong. It’s absolutely wrong. She’s a fucking great writer. One of the best English writers around. I said, ‘Can we get her on the film?’ That’s where it came from.”

Many months will pass before we find out whether the 25th Bond film lives up to the hype, but the first trailer is pretty magnificent. Director Cary Joji Fukunaga (Beasts of No Nation, Maniac) and cinematographer Linus Sandgren (La La Land, First Man) highlight all the 007 tropes: a bulletproof Aston Martin doing donuts and taking out bad guys, a beautiful woman in an evening gown, sweeping vistas of a vaguely European landscape, and an aging secret agent in a cylindrical tunnel pulling his gun on a foe. I get butterflies just thinking about it.

More like this
You can feel for Khloé Kardashian and also recognize she's part of the problem
By Kara Weisenstein
Nobody is more qualified to host 'Jeopardy!' than LeVar Burton
By Kara Weisenstein
Lena Waithe on empowering marginalized creators and being unafraid to "ruffle feathers"
By Kyla Marshell
Stay up to date