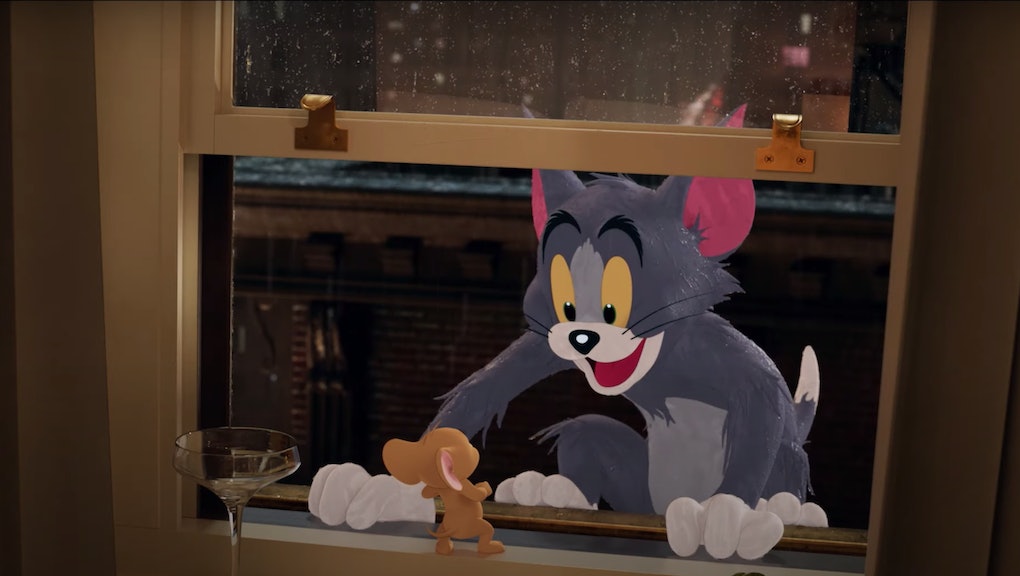 Huh! The Hollywood powers-that-be made a Tom & Jerry movie starring a very A-list cast and the obvious question is: why? Is there some secret Tom & Jerry fandom out there I’m not aware of? Because this endlessly-battling cat and mouse duo seemed kind of dated.

At least, until I caved and watched the trailer for the new Tom & Jerry movie, slated for 2021. Reader, I’m surprised and delighted to report that Tom & Jerry looks like just the sort of well-executed, low-stakes comedy we could all probably use after this dumpster fire of a year.

Tom & Jerry is slated to be released in theaters (real cinemas!) sometime next year. Seems like someone heard the news about Dolly Parton’s COVID-19 vaccine and was like, “Release the cat and mouse! They’re ready!!”

As I suspected, Tom (the cat) and Jerry (the mouse) have been trying to kill each other for 80 whole years, since the MGM cartoon studio unveiled the duo in 1940. They’re looking pretty fresh for octogenarian animals. The new Tom & Jerry movie is a hybrid animation and live-action film, in the vein of Who Framed Roger Rabbit or Space Jam. As some eagle-eyed fans have noted on social media, the animation looks incredibly slick and well drawn.

Chloë Grace Moretz stars alongside the animated animals as an eager-to-succeed hotel employee tasked with ridding an upscale NYC hotel of its rodent problem in time for an important event. Michael Peña, Colin Jost, and Ken Jeong also co-star.

All in all, Tom & Jerry seems like goofy escapism with wit. Here’s hoping it cheers us all up next year. But don’t take my word for it — watch the first trailer for Tom & Jerry below: