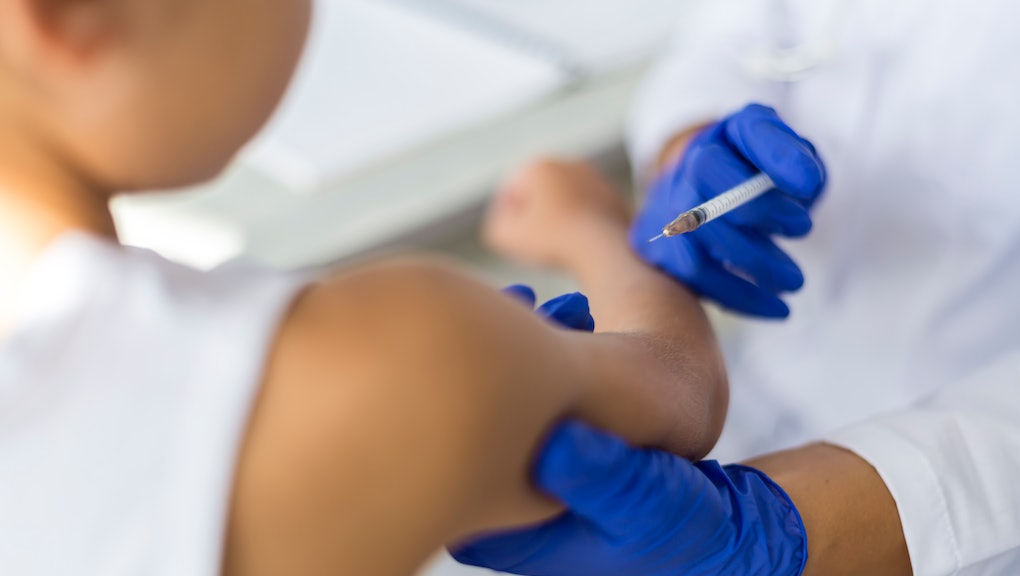 On Friday, the Georgetown Center for Children and Families released its analysis on the rate of uninsured children, and the findings were dismal. The rate had reached a historic low of 4.7% in 2016, but under the Trump administration, that number has increased every year, reaching all the way up to 5.7% in 2019. And given 2020 has been a year of lost jobs amid a global health crisis, it's likely that the number is already far higher than that.

Overall, the number of kids without insurance grew by 726,000 over those three years. None of these numbers include the aftermath of the coronavirus pandemic, which leading children's health organizations — including the American Academy of Pediatrics, Children's Defense Fund, and others — described as "especially concerning." Early on, a 17-year-old in California died after being denied care for coronavirus symptoms because he was uninsured. And in July, a study found that after 5.4 million people lost their jobs between February and May, the United States saw the biggest increase of uninsured people on record.

"These data underscore that the children's health coverage landscape was already headed in a dangerous direction, even before the pandemic hit," the organizations wrote in a joint statement. "The COVID-19 pandemic, which has had a disproportionate impact on communities of color, only exacerbates the impact on children and families who lack access to affordable, comprehensive, and high-quality health coverage. We know that children without health coverage could also suffer long-term harm, ending up in poorer health, with less educational attainment and less financial security in adulthood."

CCF says coverage losses were "widespread across income, age, and race/ethnicity," but they were largest among Latino children — who can be of any race — whose uninsured rate climbed from 7.9% in 2017 to 9.2% in 2019. Geography plays a role, too. While the amount of kids without coverage varies depending on the state, over half of them lived in the South. Texas had the highest rate of uninsured kids, at 12.7% in 2019.

President Trump's "public charge" rule, which allows the Department of Homeland Security to deny green cards to anyone using public funds, was one significant factor in the rise of uninsured kids. In addition, CCF pointed to how the Trump administration made it more difficult for families to sign up for Obamacare, which was instrumental in lowering rates of uninsured kids before.

"For decades, children's health coverage had been a national success story, but the data shows that during the years of the Trump administration the trend went in the wrong direction," CCF executive director Joan Alker said in a statement. "What's worse, the numbers of children losing coverage accelerated from 2018 to 2019 during a time when unemployment was very low. The situation is likely worse today."