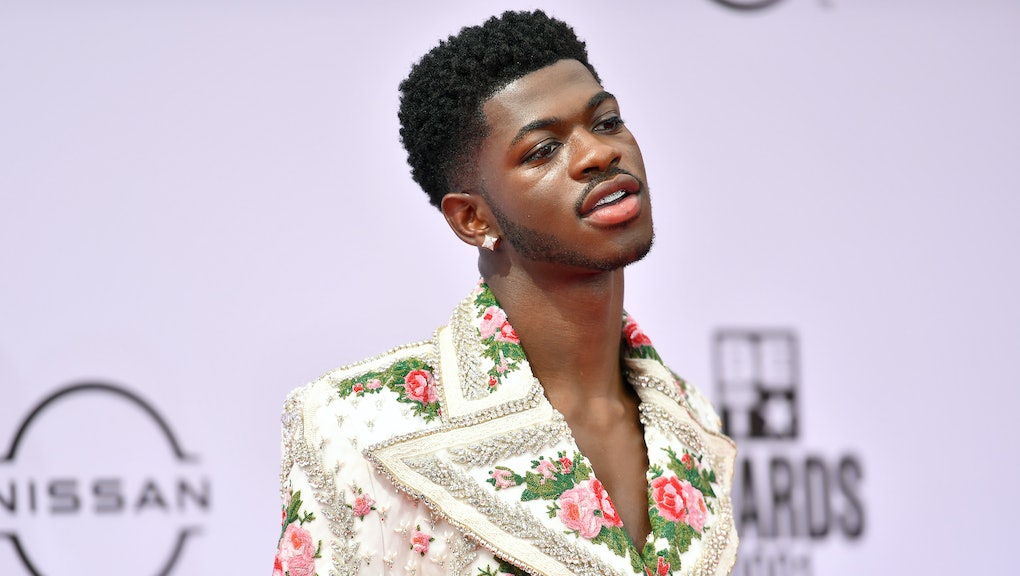 Three days ago, the rapper posted a Tiktok joking about his apparent court date this Monday over the selling of his “Satan Shoes," a special edition sneaker collab between Nas and the art collective MSCHF. The kicks stemmed from Lil Nas X’s viral video for “Montero (Call Me By Your Name),” which famously featured Nas sliding down a stripper pole into hell and blessing Satan with a lap dance before killing him. The pair of repurposed Nike Air Max 97s claimed to include a drop of human blood in the shoe, and Nike pledged to take legal action earlier this spring, leading to a settlement with MSCHF in April.

Yet instead of appearing before the judge, this morning Lil Nas X dropped a teaser from the music video for his upcoming single, “Industry Baby,” that satirized him on trial. At this point, millions of people know that the cut is dropping this Friday. Once again, the rapper has proven himself to be our single best internet-age phenom — one whose burgeoning superstardom is fundamentally built on an innate understanding of the rhythms of social media and how to game them for maximum effect.

Since that initial TikTok video, Lil Nas X has continued to make cheeky videos and memes about his fake brush with the law, while also re-sharing others that have proliferated in response. Across the internet, “FreeLilNasX” trended this morning. The video teaser for “Industry Baby” has quickly racked up some 2.3 million views on Twitter and counting. It also helps that the video, conceived by Lil Nas X, of course, is hilarious. (The faux court case is not exactly about shoes, but instead about the criminality of his queerness, a strain of the internet trope of subverting homophobia that Lil Nas X is unmatched at riffing off of.)

More than anything else, Lil Nas X always knows what to do when he's given an opportunity to make the internet pause and look. The ending of the “Industry Baby” video teaser includes a deliberate slow crawl of a very short list of cast and crew credits. Everyone, from the crusty homophobic judge to his lawyer, is played by and credited to Lil Nas X. It’s his world — we’re all just living in it.

More like this
A #MeToo’d Ryan Adams made his bed and now seems pretty uncomfortable in it
By Chloe Stillwell
Issa Rae, Lil Nas X, and J-Lo just gave us a masterclass in social media
By Keith Nelson Jr.
Dua Lipa has officially distanced herself from DaBaby
By Kara Weisenstein
Stay up to date