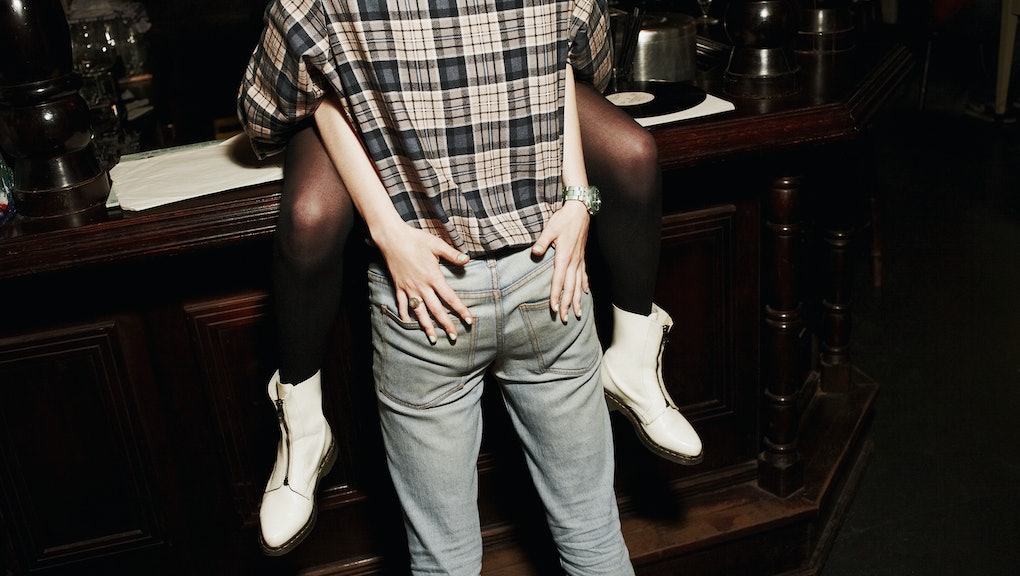 Sexual double standards — in which women and men are judged differently for the same sexual behavior — will probably sound familiar to most people.

The classic one centers on multiple sexual partners: Men who are promiscuous are lauded as “studs,” “lotharios” or “ladies’ men,” while women who have a lot of sex get called “sluts” or “whores.” Men who cheat on their wives aren’t exactly praised, but they’ll often get a pass. Women who do the same, on the other hand, risk sullying their social reputations.

There’s a different sexual double standard, however, and it’s one that exists between two partners.

In my new book, “When Men Behave Badly: The Hidden Roots of Sexual Deception, Harassment, and Assault,” I spend some time exploring the underlying psychology of infidelity. Thanks to the way men get a pass for their promiscuity, you might assume men are more likely to rationalize their own cheating than women.

But in what I call the “me-versus-thee double standard,” it turns out that each side is just as likely to play mental gymnastics when it comes to justifying their bad behavior.

Hypocrisy at its finest

What’s behind the classic sexual double standard, in which men get more of a pass for having multiple sexual partners?

Part of the answer lies with men’s evolved mating psychology.

Relative to women, they have a stronger desire for sexual variety, which shows up in their sex drive, the number of partners they seek out, their tendency to fantasize about different women and their patronage of prostitutes.

So throughout human history, you’ll see men in power lay down parameters that give themselves more latitude for promiscuity.

Roman emperors, for example, created harems of woman guarded by eunuchs, while Joseph Smith, when he founded the Mormon religion, formalized polygamy, arguing that God wouldn’t have made women so enticing if he wanted to limit a man to one woman.

However, Smith was keen to note that the same rules didn’t apply to women. In his handwritten documents, Smith relays how the Lord told him: “And if he have ten virgins given unto him by this law, he cannot commit adultery, for they belong to him… But if one or either of the ten virgins, after she is espoused, shall be with another man, she has committed adultery, and shall be destroyed … according to my commandment.”

Not surprisingly, women often find this sexual hypocrisy baffling and logically inconsistent. Yet versions of this sexual double standard persist, even in the most sexually egalitarian countries on Earth, such as Norway. And recent studies of more than three dozen cultures found that it’s women, not men, who receive the brunt of the criticism for having casual sex and cheating on their partners.

‘What counts as sex’ isn’t so stable

You might think that this reveals the usual sexual double standard, in which women are evaluated more harshly than men for the same conduct.

These findings reveal a previously unexplored sexual double standard – not between men and women as groups, but rather between standards people hold for themselves versus their partners: the “me-versus-thee” double standard.

If people hold sexual double standards about what counts as sex – not sex if I have contact with others, but definitely sex if you do – it’s easy to see how this quirky rationalization can lead to conflict in relationships:

It’s OK for me to kiss someone else; it doesn’t really mean anything, and besides, it’s not really sex. But you’d better not.

It’s OK for me to receive a bit of oral pleasure when you’re out of town because it’s not really sex. But if you do, it’s infidelity with a capital “I.”

Going after the competition

It turns out that just as women are equal participants in the me-versus-thee double standard, they also help perpetuate the traditional man-versus-woman double standard.

For example, my research team conducted a series of studies and found that women are somewhat more likely than men to condemn cheating and casual sex. However, women in many cultures are significantly harsher on other women than men are on other men. They’re also more likely to spread gossip that other women can’t stay loyal to one partner. And although women don’t admire promiscuous or adulterous men, they express less moral condemnation toward men who cheat or sleep around than they do toward women who do the same.

It all comes back to the fact that women’s sexual psychology, like that of men’s, evolved in the brutal and amoral furnace of sexual and reproductive competition. Women’s fundamental competitors have always been other women, and sullying the sexual reputations of their rivals is a key strategy in the serious game of procreative success.

When it comes to sexual double standards, perhaps we’re all moral hypocrites.

This article is originally published on The Conversation by David M. Buss, professor of psychology, at the University of Texas at Austin College. Read the original article here.

This article was originally published on June 30, 2021

More like this
No, the COVID-19 vaccine doesn't mess with your fertility. But COVID-19 can
By Ranjith Ramasamy
The travel industry still ignores people with disabilities
By Brian Garrod
What is a breakthrough infection?
By Sanjay Mishra
Stay up to date