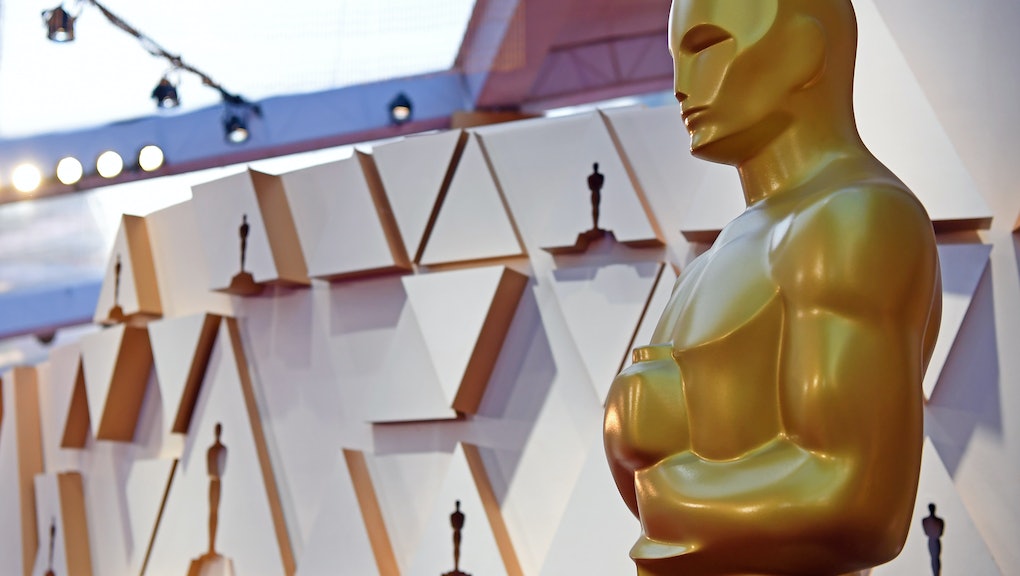 Let’s think back to the halcyon days of February: the pandemic was on the outskirts of most Americans’ minds, a dispiriting primary season still contained glimmers of hope, and Parasite took home the Oscars’ big prize. When Bong Joon-ho’s film mounted historic wins in Best Picture and Best Director, it pointed to an awards body that really, really liked this South Korean thriller about class warfare, and might be obliterating some long-held prejudices against non-English films.

So much has happened since then, and the next Academy Awards stand to be unprecedented for a new slate of reasons. According to the Hollywood Reporter, the Academy’s board of governors will hold a Zoom meeting on Monday to discuss scheduling and eligibility adjustments for next year’s Oscars. Although the awards were originally scheduled for February 28, the board announced today that the ceremony would be pushed back two months, to April 25, 2021. Additionally, this could extend the eligibility window for releases past December 31, 2020.

The rationale seems obvious enough: 2020’s new release calendar has been incredibly scant, with movie theaters closed for much of the year and little faith that they’ll be back to business anytime soon. If new releases aren’t delaying further down the calendar, they’re premiering right to on-demand with diminishing returns. With new coronavirus cases surging to new highs in many states over the weekend, it’s apparent that America hasn’t beaten this thing and won’t for a very long time. The Academy understands this.

Still, there’s immense uncertainty about how the next six months might unfold. However unlikely it is that we’ll have a safe and widely available vaccine by February, that’s probably the last step before an in-person ceremony with normal crowds and distancing could resume. With major film festivals like Cannes and Tribeca either canceled outright or postponed, it’s shaken the entire process of campaigning and how films ascend to nominations. This could narrow the field enough for a streaming-only title, like Spike Lee’s acclaimed Da 5 Bloods or David Fincher’s Mank to finally bring home the top Oscar prize — but the voting body’s resistance to embrace streaming could influence their scheduling whims as much as anything.

The Oscars have been delayed three times before — after Los Angeles flooding in 1938, the assassination of Martin Luther King, Jr. in 1968, and the assassination attempt on Ronald Reagan in 1981 — so this sort of move wouldn’t be unprecedented. But faced with the alternative of a Zoom ceremony, should a second wave push into early 2021, the Academy might lead to broader delays and eligibility changes than ever before. Already, films shuttled to on-demand or streaming without a theatrical run will be eligible this year only.

In addition to contorting around the pandemic, the Academy unveiled plans to increase diversity and inclusion within the film industry. The most notable change is expanding the Best Picture field to a rigid 10 nominees annually starting in 2022, rather than a fluctuating number between five and 10. The thinking goes: this will create even more spots for diverse filmmakers to occupy, if it’s not entirely mandated.

Otherwise, it’s unclear what the Oscars’ diversity measures will shape up to be beyond initial corporatespeak like a “task force” to implement new inclusion standards, as well as examining nomination rule changes.Since the #OscarsSoWhite campaign, the Academy has enacted a number of half measures that lead to alternating years of genuine progress, and near-monochrome slates of nominees like 2020’s acting class. Oscar voters have always been a mercurial group, but the past few weeks have proven that sturdy institutions and assumptions can come toppling down under the right conditions.

Editor’s Note: This article was updated at 3:30 p.m. ET to include the confirmed date of the 2021 Academy Awards.