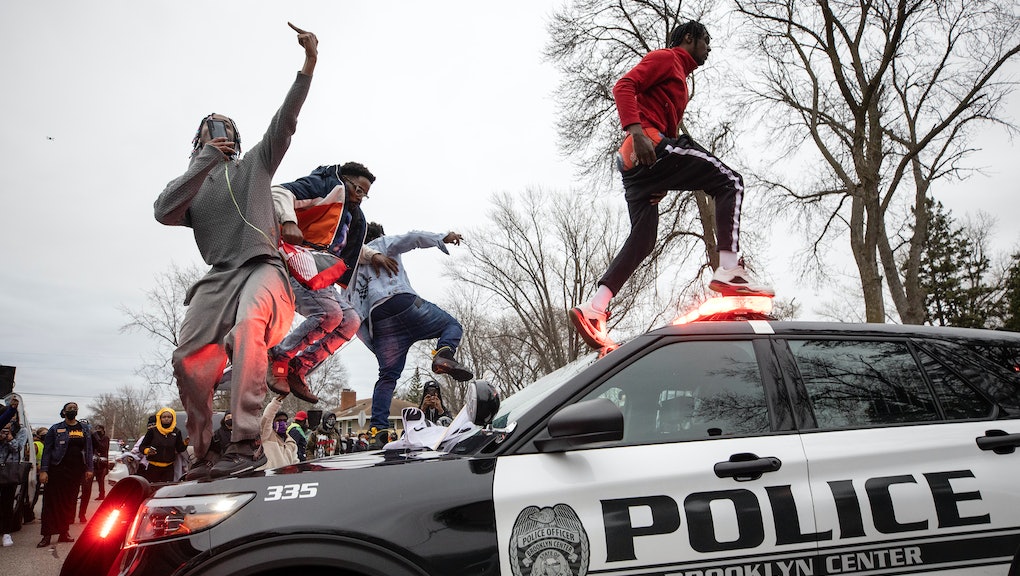 Police in the Minneapolis suburb of Brooklyn Center shot and killed 20-year-old Daunte Wright on Sunday afternoon, in what his family claims was a traffic stop that police initiated because of air fresheners hanging from Wright’s rearview mirror. Police said Wright had an outstanding warrant and was shot when he re-entered his car during a traffic stop.

At a press briefing on Tuesday in which the bulk of local media was reportedly barred from participating, authorities played body-camera footage of the shooting, insisting that Wright’s death was “an accidental discharge” after the arresting officer meant to fire a Taser instead. Brooklyn Center Police Chief Tim Gannon also confirmed that Wright did not have a gun in his car, and that the officer who shot him is currently on leave from the department.

On Monday, before the footage of her son’s death had been made public, Wright’s mother Katie tearfully discussed her son’s last moments, during which he’d called her just seconds before police shot him.

"I heard scuffling, and I heard the police officer say, 'Daunte, don't run," his mother told local media. "A minute later I called, and his girlfriend answered — she was the passenger in the car — and said he'd been shot. She put it on the driver's side, my son was laying there lifeless."

Wright's death, just miles from where former Minneapolis police officer Derek Chauvin is facing a murder trial for killing George Floyd last spring, sparked an immediate protest from community members who massed at the site of the shooting. Police responded with a significant show of force, with officers in riot control gear launching tear gas and flash grenades as the protests extended into the night, moving toward the local police precinct.

Throughout it all, Wright's mother urged calm, insisting her son's death be the focus of the protests, rather than destruction.

"All the violence, if it keeps going it's only going to be about the violence. We need it to be about why my son got shot for no reason,” Wright told protesters Sunday afternoon. “We need to make sure it's about him and not about smashing police cars, because that's not going to bring my son back."

A number of nearby stores were reportedly damaged as protests escalated into the night, prompting Minnesota Public Safety Commissioner John Harrington to announce Monday morning an intensified law enforcement presence, including members of the state National Guard, meant to tamp down on any civil unrest.

"You will see a robust assortment of National Guard, state, and local police departments working together over the next two or three days as we once again prepare for the trial, and also are prepared for any further civil unrest that may come from the Brooklyn Center officer-involved shooting," he told the public in a brief statement.

Brooklyn Center Mayor Mike Elliot called for calm in his community, urging residents to allow the state Bureau of Criminal Apprehension to continue their investigation into Wright's killing. "Our hearts are with his family," he said, "and with all those in our community impacted by this tragedy."

Brooklyn Center, which lies just northwest of Minneapolis, is one of the state's most diverse communities, with nearly 62% identified as "person of color" by Wilder Research's "Minnesota Compass" demographic study.