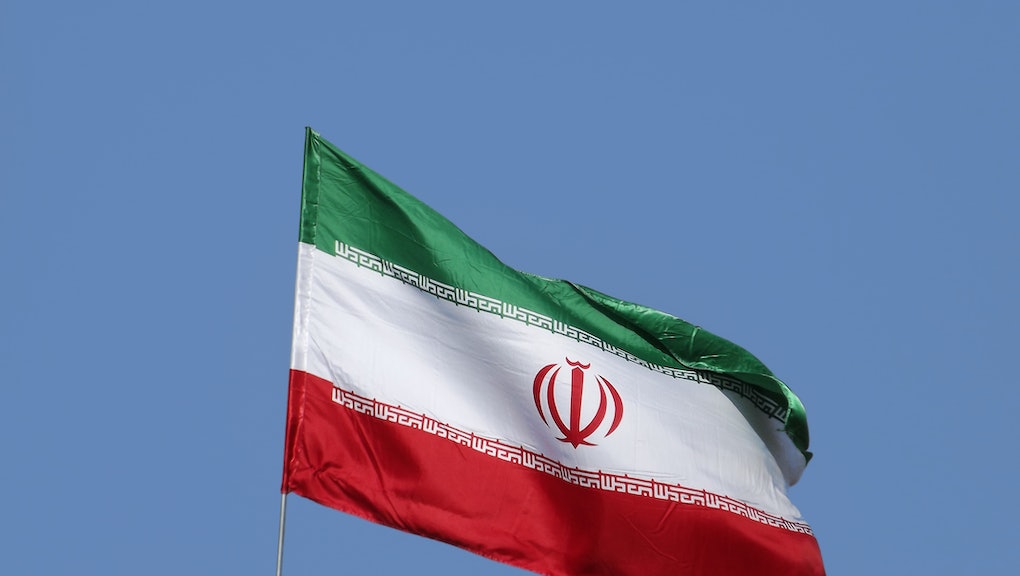 The Qassem Soleimani killing: How we got here

There has been tension between the United States and Iran for decades, with proxy wars taking place throughout the region and America squeezing the middle eastern power with economic sanctions. But now the situation has escalated to the brink of war. Late Thursday, news broke that a U.S. drone strike had killed General Qassem Soleimani, a top-ranking Iranian government official and the country's top military leader. Iran has warned that "harsh vengeance" awaits the parties responsible for the attack. Here's a quick look at how we got here and what could be on the immediate horizon.

A brief history of U.S.-Iran relations

The United States has a messy history in Iran. U.S. intelligence agencies are credited in part for orchestrating a coup to oust Mohammad Mosaddegh, the democratically elected prime minister of Iran, in 1953. The operation was performed partly out of fear that the leader would align the country with the Soviet Union, and partly out of frustration that he had nationalized Iran's oil industry, seizing power from foreign interests that were operating private oil operations on Iranian land. While the coup was successful, the situation spiraled out of control.

By 1977, there were massive demonstrations in the streets as protesters pushed for the U.S.-backed shah, Mohammad Reza Pahlavi, to step down. By 1979, Pahlavi left Iran in exile and was the last monarch to rule the country. He was replaced by Ayatollah Khomeini, a religious leader who himself had been exiled previously but returned to fanfare from his supporters. Following a national referendum, Iran declared itself an Islamic republic in 1979, adopted a theocratic-republican constitution, and gave Khomeini the title of "supreme leader." Any influence that the U.S. had over Iranian politics was lost.

Since the Iranian Revolution, the relationship between the U.S. and Iran has largely been defined by tense moments and standoffs. In the midst of Khomeini's rise to power, protesters broke into the U.S. embassy in Tehran and took Americans hostage. The standoff lasted 444 days, until the final 52 hostages were released in January 1981, upon President Ronald Reagan taking office. Iran remained an area of contention throughout the Reagan administration, largely due to the Iran-Contra scandal in which the U.S. illegally traded weapons to Iran and attempted to use the profits of the trade to financially support rebel groups in Nicaragua who opposed the socialist government that was in power at the time. Tensions between the U.S. and Iran peaked in the 1980s when the USS Vincennes, a warship stationed in the Persian Gulf, shot down a commercial Iran Air flight after allegedly mistaking the plane for a fighter jet. All 290 people on board — many of whom were Iranians on their way to Mecca — died in the incident.

Relations between the United States and Iran largely cooled until the 2000s. Following the 9/11 attacks, the US once again took an active military role in the Middle East. During the 2002 State of the Union, President George W. Bush labeled Iran as a member of the "Axis of Evil" — a trio of countries (Iraq and North Korea also received the designation) that were believed to be harboring and enabling terrorist activity around the world. Later that same year, it was revealed that Iran was in the process of developing nuclear facilities capable of producing nuclear weapons. This led to the U.S. and United Nations levying crippling sanctions against Iran, which largely destroyed the value of the country's currency and put it in dire economic conditions.

In 2013, Iranian President Hassan Rouhani took office and, for the first time in decades, the president of the United States and president of Iran held high-level conversations. The result of the newfound open connection between the countries was the Iran nuclear deal, negotiated under President Barack Obama in which Iran agreed to abandon its ambitions for nuclear weapons in exchange for loosened sanctions and an ability to participate in world trade.

Any gains made under the Obama administration were lost nearly immediately under President Trump. In 2018, the new administration withdrew from the Iran nuclear deal, claiming that it was insufficient, "one-sided," and failed to bring "calm" and "peace" to the region. Shortly after pulling out of the deal, the Trump administration started to adopt a more aggressive posture toward Iran, moving an aircraft carrier to the Persian Gulf to "send a message" to the country.

Iran has responded to increasingly strict sanctions with aggression, attacking oil tankers passing through the narrow Strait of Hormuz that allows ships to pass through Persian Gulf and the Gulf of Oman. Earlier this year, Iran shot down an American drone that violated its airspace and warned the U.S. to end its spying operations in the region.

The killing of Qassem Soleimani

All of this back and forth between the Trump administration and Iran's leadership came to a head on Jan. 2, when a drone strike in Baghdad, Iraq — ordered by Trump — killed seven people, per The Associated Press, including Soleimani. Soleimani was a top Iranian military official who led the nation's elite covert operations and intelligence, known as the Quds Force. Soleimani was also considered an important government figure in Iran, considered to be the second-most powerful person in the country. Some have said his death would be the equivalent of another nation assassinating the sitting U.S. vice president.

The reaction from Iran has largely supported this suggestion. Large displays of mourning have taken place across the country, with thousands taking to the street wearing all black to mourn Soleimani's death. The government has positioned the military leader as a "martyr," and Rouhani vowed that Iran will "take revenge for this heinous crime."

In the wake of the drone strike, the U.S. has worked to position the decision as a necessary preemptive action. Secretary of State Mike Pompeo said that the strike saved American lives in the region, claiming that Soleimani was "actively plotting" actions that would have "put hundreds of lives at risk" and that the strike was needed to disrupt an "imminent attack."

While details of this supposed attack have not yet been made public, Soleimani was known as the primary architect of Iran's many proxy wars being fought across the Middle East and is believed to be responsible for the deaths of hundreds of American soldiers in Iraq. Soleimani is accused of providing Iraqi insurgent forces with bomb-making techniques used against U.S. troops in the region and has actively worked to train and arm militants who have taken up cause against the U.S., Israel, and Saudi Arabia. The killing also comes shortly after protests broke out outside the U.S. embassy in Baghdad, Iraq. It is not clear if Soleimani had a role in those actions, though the protests did follow a U.S. attack on an Iranian-backed militia operating in Iraq and Syria.

It is expected that Iran will respond significantly to the death of Soleimani. Iran's current supreme leader, Ayatollah Ali Khamenei, has declared that the country will seek vengeance, while Rouhani has called for revenge and Iranian Foreign Minister Javad Zarif has called the killing "an act of international terrorism." That typically isn't the type of language that a nation uses only to do nothing. Iran's leadership has already named Esmail Gha’ani successor to Soleimani, and Gha'ani has already promised that the Qud Force's operations will "be unchanged from the time of his predecessor." A number of experts have suggested that the U.S. killing Soleimani is tantamount to an act of war, though it is unclear if Iran will respond as such.

The U.S. likely won't expect much international support in its actions in the region. Agnes Callamard, the United Nations' special rapporteur on extra-judicial executions, tweeted that the killing of Soleimani "most likely violate[s] international law, [including] human rights law."

For its part, the U.S. appears to be bracing for a significant response from Iran. A total of 3,000 new troops are being moved to the Middle East following the attack, according to NBC News, where they will join 650 already position in the region. The presence is projected to be temporary and meant to protect Americans in Iraq and Kuwait, but the influx of troops may also be viewed as a form of escalation.