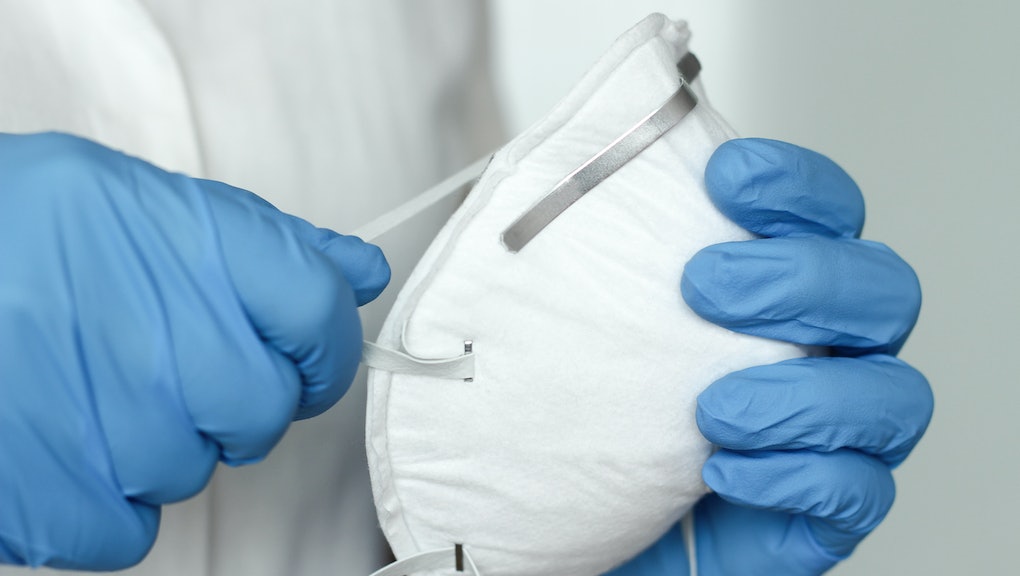 There’s been a consistent theme in a series of recent stories about the federal government procuring personal protective equipment during the ongoing coronavirus outbreak: sketchy behavior by GOP-affiliated individuals. Take Blue Flame Medical, a company established by two well-connected Republican operatives: Michael Gula, a Republican fundraiser and lobbyist in Washington, and John Thomas, a political consultant in California.

According to The Washington Post, Blue Flame is currently under investigation by the Justice Department regarding now-cancelled contracts it signed to deliver masks and ventilators to Maryland and California. Prosecutors are exploring the company’s behavior after Maryland terminated a $12.5 million deal for masks and ventilators that the company failed to provide last month. Blue Flame received a $6.3 million down payment from Maryland in early April, but its promises of millions of masks and more than a hundred ventilators delivered within weeks proved empty.

Last week, state officials asked Maryland’s Attorney General Brian E. Frosh to investigate the company. Shortly after, the governor’s office received a subpoena from the Justice Department regarding an ongoing investigation into Blue Flame. “After directing Maryland’s attorney general to investigate this company last week, Gov. [Larry] Hogan is encouraged to hear that there is an ongoing federal investigation as well,” a spokesman for the governor told the Post.

The Post further reports that California contracted the firm to deliver 100 million face masks, none of which ever showed up. The state canceled the contract and demanded a return of its $457 million deposit, which it received.

Whether or not Blue Flame is a fraudulent company remains to be seen. Sources told the Post that the Justice Department may or may not end up pressing charges, depending on what its ongoing investigation uncovers.

One Pennsylvania dentist with ties to President Trump allegedly even dropped Trump’s name while asking FEMA to "to procure test kits from his associates."

The company is not the only sketchy entity on the business end of state and federal contracts, though. This week, ProPublica reported on the strange case of Robert Stewart, a 34-year-old with little experience whose company somehow received a contract to deliver 6 million masks to the Department of Veterans Affairs. A reporter rode along in a private jet with Stewart as he attempted to procure the gear from Troy King, the former Republican Attorney General of Alabama. King sent Stewart a video of boxes labeled 3M, the company that manufactures N95 masks, but Stewart never actually managed to obtain the equipment, and there’s no evidence King actually had it in the first place. The VA contract was canceled, Stewart is now facing an investigation, and King ignored questions from ProPublica about whether he actually had the gear.

Even the White House is getting in on the grift. On Tuesday, the Post reported that Jared Kushner had recruited a team of inexperienced volunteers from private equity and consulting firms to source PPE for the Federal Emergency Management Agency. A whistleblower complaint alleges that this effort is badly “falling short,” the Post wrote, and that the volunteers were tasked with sourcing gear from leads provided by a “VIP list” of conservative media personalities. According to The New York Times, this list included leads provided by Turning Point USA leader Charlie Kirk as well as a former Apprentice contestant who is now the campaign chair of the group Women for Trump. One Pennsylvania dentist with ties to President Trump allegedly even dropped Trump’s name while asking FEMA to "to procure test kits from his associates," though he was ultimately unsuccessful in arranging any deals.

In other words, the Trump-friendly dentist invoked Trump directly to try to get the government to buy supplies from his buddies. It’s hard to find more naked corruption than that. And yet, with Americans distracted by a once-in-a-generation pandemic and watchdogs overwhelmed by the scale of the ongoing crisis, it appears that government spending on disaster response is turning into an ad hoc feasting frenzy for GOP allies.