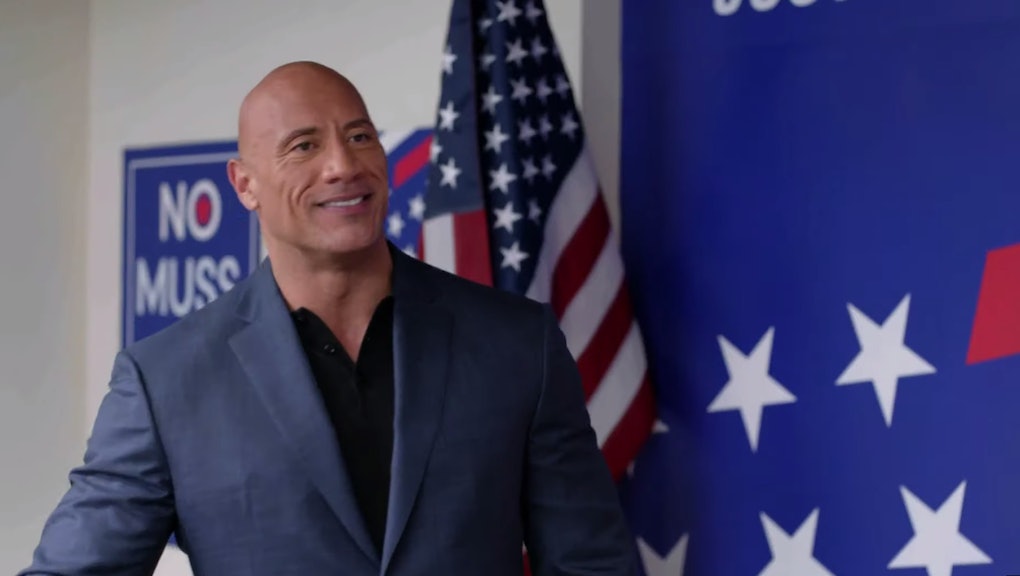 When dark-horse celebrity candidate Donald J. Trump became president, his unlikely rise to power was read by some as a blueprint for other famous people with political aspirations. Fans of Dwayne “The Rock” Johnson started pressuring him to run, probably imagining he’d swoop into the White House and depose Trump like one of the beefy heroes he portrays in action movies might. In 2018, Johnson — a self-described “registered independent with centrist ideologies” who would later endorse Biden — denied he had any plans to get into politics, sagely pointing out that while Trump proved basically anyone can, “not everybody should run for president.”

In a weird art-imitates-life pivot, Johnson just released the first teaser for his new NBC sitcom, Young Rock. The autobiographical series is based on the wrestler-turned-actor’s adolescence and focuses on his rise to beefy fame under the tutelage of his late father, the wrestler Rocky Johnson, played by Joseph Lee Anderson. The concept has Young Sheldon vibes, insomuch as it’s the origin story behind a mainstream pop-culture juggernaut. (I’d bet that fans of The Rock and The Big Bang Theory comprise similar demographics.) There are also shades of Everybody Hates Chris, except Johnson’s childhood seems way more earnest and gym-focused than comedian Chris Rock’s.

So many Rocks! Speaking of which, three different young actors play The Rock at ages 10, 15, and 20 (Adrian Groulx, Bradley Constant, and Uli Latukefu respectively). Johnson also plays himself, standing-in as a sort of series narrator. But here’s where things get weird and — dare we say it — kind of meta: the whole sitcom is set in 2032 and packaged as promotional content supporting a (currently fictional) Johnson presidential campaign. Randall Park plays a news reporter interviewing The Rock in this alternate future, and Rosario Dawson portrays a general. In real life, she’s dating Senator Cory Booker. Is all this making your head spin yet?

Young Rock will jump between these four pivotal time periods in Johnson’s life — the three from his youth and one set in the near-future. “Let’s not take the easy route,” The Rock said during a promotional event. “It was incredibly complicated and it was incredibly tough growing up. We specifically went with these timelines in my life that were very defining times.”

Showrunner Nahnatchka Khan (Always Be My Maybe) offered a little more explanation on the show’s framing: “We’re going to be following candidate Johnson on his 2032 presidential campaign for the course of Season 1, so we’re going to be at different press events from him and Randall is going to try to get some insight into who Dwayne the man is,” she said. “Following him on the campaign tour is what is going to carry us through that 2032 timeline.”

But is this whole production just thinly-veiled propaganda to get us used to the idea of a Rock presidential run a decade hence? That remains to be seen, but it certainly feels like the architects of the Matrix are screwing with us. Still, you just know Americans are gonna eat the Young Rock show up.

More like this
I never want Tucker Carlson to stop talking about Nicki Minaj's cousin's friend's enormous balls
By Rafi Schwartz
Willie Garson’s pristine performance on 'Sex and the City' changed queer representation forever
By Chloe Stillwell
The 8 best reality shows you're not watching, but should be
By Brandon Yu
Stay up to date