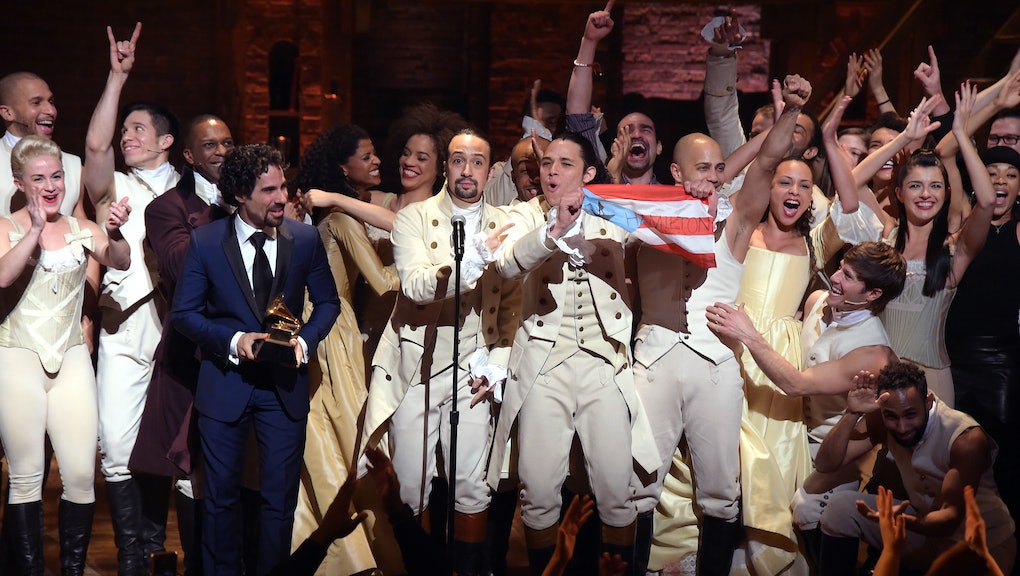 "The Room Where It Happens" — which Hamilton creator Lin-Manuel Miranda has called one of the "best songs [he's] ever written in [his] life" — will be a familiar one to anyone lucky enough to have snagged tickets to the hit Broadway musical. But what may be less familiar to viewers who haven't cracked open a history book in some years is that "The Room Where It Happens" actually functions as a patch over a hole in the Hamilton narrative.

"No one else was in the room where it happened," Hamilton's Aaron Burr, played by Leslie Odom Jr., sings. "No one really knows how the game is played/ The art of the trade/ How the sausage gets made/ We just assume that it happens."

The only three people who knew what happens in said room were Thomas Jefferson, James Madison and Alexander Hamilton, who struck the so-called "dinner table bargain" referenced in the song. According to PBS, in June of 1790, Jefferson ran into Hamilton in New York "on Washington's doorstep," as Jefferson sings in the musical, "in distress 'n disarray." Hamilton, as Washington's Treasury Secretary, had for months been pushing a financial plan in which the federal government would assume all the states' debts and the states, in turn, would pay taxes to the government. It had just been rejected.

Virginians — which Jefferson and Madison were — generally opposed the plan, as their state had nearly repaid its debts and didn't love the idea of handing their rights over to the national government. And while Madison had opposed Hamilton's plan, according to PBS, he and Jefferson were united in their wish to relocate the national capital on the Potomac River, in a location now known as Washington, D.C. It looked, however, like the capital would move to Pennsylvania.

So Jefferson suggested a dinner over which the three men could talk. In "The Room Where It Happened," Madison and Hamilton are said to have exchanged mutual pledges of support: Hamilton would lobby for the Potomac capital and Madison for the federal taxation plan. Yet history has drawn much of its information on the compromise from Thomas Jefferson's account of the evening, according to PBS; neither Miranda nor anyone else can be entirely certain what happened behind those closed doors.

Thus Miranda recreates the dinner party diplomacy in Burr's imagination. Historian Ron Chernow speaks of the deal in his Alexander Hamilton biography — which was the basis for the musical — noting the longstanding, ultimately fatal animosity between Hamilton and Burr.

Given their rivalry, Burr likely would've relished a seat at Jefferson's table. In the musical, Burr's masterful floundering in political FOMO and his indignant reactions to news of the compromise help bridge a gap in our knowledge of America's definitive dinner party.

More like this
Billie Eilish doesn't have to answer to us about who she loves
By Kara Weisenstein
A Philly foster agency can continue discriminating against LGBTQ families, SCOTUS rules
By Rafi Schwartz
The Biden administration just re-extended federal protections to trans students
By Rafi Schwartz
Stay up to date