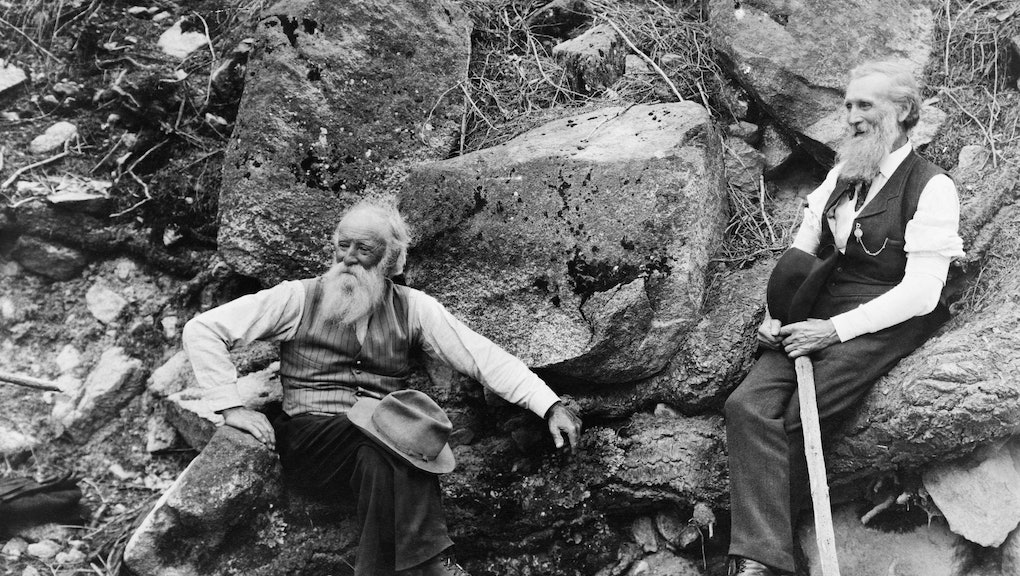 The executive director of the Sierra Club, Michael Brune, today denounced the organization's founder, John Muir, as a racist who disparaged Black and Indigenous people during his quest to preserve nature. In an online post titled Pulling Down Our Monuments, Brune also called out other early members and leaders of the Sierra Club who believed in or promoted the eugenics movement and admitted that these great believers in conservation were also great believers in white supremacy. The whiteness and exclusiveness of the organization in its early days, wrote Brune, has continued to drip through the Sierra Club to this day and requires immediate steps to change the harm it has caused.

The Sierra Club, the U.S.'s oldest conservation organization, was founded in 1892 by John Muir, a Scottish-American jack-of-all-trades who, after a workplace accident that almost permanently blinded him, went on to advocate for the preservation of North America's natural beauty. Considered to be the "Father of Our National Park System," his "spiritual" writings about nature inspired members of congress to establish Yosemite National Park in 1890 as well as many more until his death in 1914. His work has remained so influential among environmentalists that California established a "John Muir Day" in 1988.

But Miur was a horrific racist.

While his writings expressed a great love and appreciation for nature, he also expressed deep disgust for humans he believed were "technologically backwards," historian James Hunt explained to Atlas Obscura. This included Native Americans, whom he called "savages" and described as "dirty" and "superstitious."

"Frankly, I think that is where he missed the boat big time," Hunt told Atlas Obscura. "He totally missed the beauty and knowledge that Native American culture could offer, and what that could add to his own world view."

Miur’s harsh words gradually eased as he spent time with Alaskan Natives and learned to respect their beliefs and lifestyles. But the long-term damage was done, and some of his personal beliefs have oozed into modern day conservation efforts.

"As the most iconic figure in Sierra Club history, Muir's words and actions carry an especially heavy weight," wrote Brune. "They continue to hurt and alienate Indigenous people and people of color who come into contact with the Sierra Club."

In an email to Mic, Brune explains that the harms run counter to the Sierra Club's cause. "How can we fight to shut down coal plants without listening to those communities that bear a disproportionate burden of living next to highly polluting facilities? We must be better and do better and that starts with building a more inclusive and welcoming community that reflects the diversity of every community we work in, across the nation."

"Every organization focused on conservation, the environment, and the outdoors has a responsibility to become fully and actively antiracist in everything we do," Sanders told Mic. "This includes reflecting — and then acting — on our practices and histories that have reinforced inequities and racism."

The Sierra Club's history is certainly a heavy one to confront. Its earliest members also included David Starr Jordan, whose work in eugenics influenced Nazi Germany.

“In these early years, the Sierra Club was basically a mountaineering club for middle- and upper-class white people who worked to preserve the wilderness they hiked through,” Brune explained in his letter, while adding that the reason these natural areas needed protection was because of the white settlers in the first place.

The Sierra Club also maintained selective membership all the way until the 1960s, which prevented many people of color from joining the organization. Brune acknowledged that this early effort to maintain the whiteness of the group has resulted in members shutting out Native Americans from speaking about their ancestral homelands and ignoring Black peoples’ struggle to fight for the environment while also fighting against racism and police brutality.

“For all the harms the Sierra Club has caused, and continues to cause, to Black people, Indigenous people, and other people of color, I am deeply sorry,” the executive director continued. He promised to back up his apology with plans to change the organization’s leadership structure to open up opportunities for members of color. The Sierra Club is also waiting for approval to put $5 million into their staff of color, invest in HR training to identify harm inflicted on non-white Sierra Club members, and create resources to better educate members about racism and how it effects environmental justice.

These actions are just the beginning, Brune noted in his online statement. "I know that the steps I've outlined above are only the beginnings of what will be a years-long process to reckon with our history, regain trust from the communities we have harmed, and create a diverse and equitable Sierra Club for the 21st century."

The long-term effort will be worth the alignment with their values, Brune believes. "The Sierra Club believes all people deserve a healthy planet with clean air and water, a stable climate and safe communities," Brune tells Mic. "That means all people deserve equal protection under the law and the right to a life free of discrimination, hatred, and violence."

The Sierra Club isn't the only large conservation group that is turning to face its harmful past. Ruth Tyson, a Black former employee with the Union of Concerned Scientists (UCS), recently published 17-pages of scathing criticism against the organization's ambivalence and lack of respect for employees of color.

"I've read the letter many times," UCS president Ken Kimmell told the Washington Post. "I thought it was fair, yeah. [...] There are ways that a white-dominated workplace doesn't make it welcoming to persons of color. I have subsequently learned that many of the things she raised in her letter were not unique to her and things other people of color have experienced."

The Environmental Defense Fund and smaller, local groups like GreenLatinos also vowed to face racism within their communities.

Diverse voices within these organizations are important for environmentalism and conservation efforts because people of color are typically the ones impacted by the environment the most.

"For too long, communities of color have faced disproportionate environmental impacts: water and air pollution, less access to green spaces, heat islands in neighborhoods with fewer trees, and more," explains Sanders. "Environmental organizations have historically mirrored this injustice by excluding diverse voices in their staffs and membership, reinforcing injustice based on the issues and places we choose to work and invest."

The key to helping both nature and the people who depend on it requires a commitment to active antiracism which Sanders says the National Audubon Society strives to accomplish "in everything we do."

Sanders adds: "We encourage others to explore similar commitments."