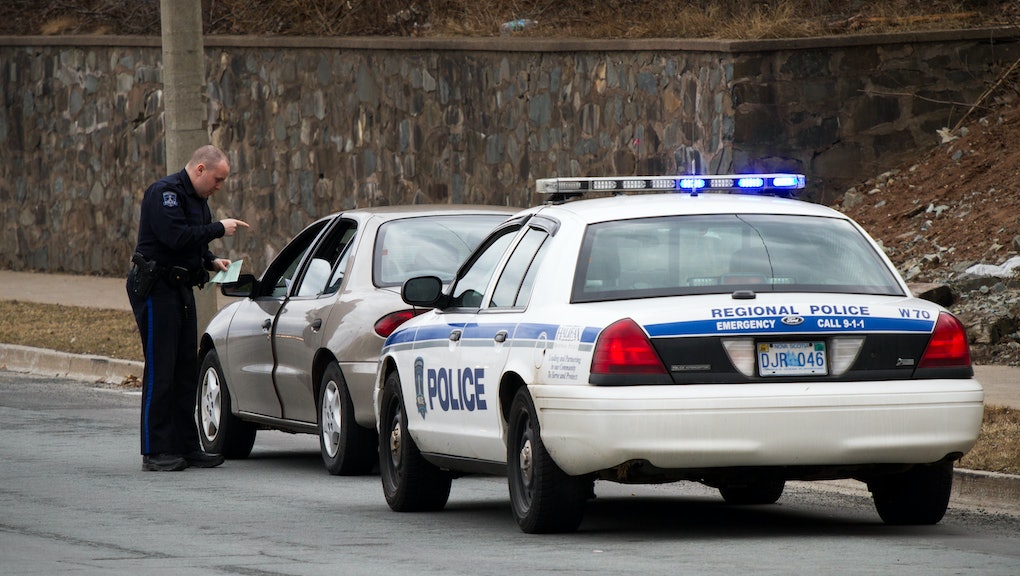 Filming the police is an incredibly important right protected by the First Amendment. In our woefully imperfect system, it is an essential tool in keeping citizens safe and holding law enforcement accountable for their actions. Unfortunately, it’s not always easy to whip out a camera while having an interaction with cops, but a Siri shortcut called "I'm getting pulled over" makes things a bit easier.

Developed by Robert Petersen, "I'm getting pulled over" is a free shortcut that you can install on your phone. It utilizes Apple's Shortcuts app, which allows users to automate a sequence of actions that can be activated with a single tap or command. The "I'm getting pulled over" shortcut pauses any audio that you're listening to, turns down the brightness and volume on your device, puts the iPhone in Do Not Disturb mode, and sends a text to a selected contact to let them know that you are being pulled over along with them your location. Then the shortcut opens the front-facing camera and starts recording. That video is sent to a designated contact once filming stops, and can be saved to an iCloud Drive or Dropbox account to keep a backup available.

Petersen first published the shortcut in 2018, but has updated and maintained it as support for new features have been made available in updates to Shortcuts. For instance, prior versions required users to manually start video recording, but that has been automated as of the introduction of Shortcuts version 2.1. The shortcut has started to receive newfound attention in recent days as more incidents of police brutality have been brought to light.

How to install the "I'm getting pulled over" shortcut

Shortcuts comes pre-installed on most iOS devices, but if you don't have it, it is available via the Apple App Store. Once on your device, you'll be able to set up your own shortcuts right away. In order to use someone else's shortcut, like the one that Petersen created, you'll have to tweak the settings to allow third-party shortcuts.

First, create and run any shortcut. It doesn't matter if it is completely pointless, Apple simply requires running at least one shortcut before allowing users to install third-party options. Once completed, go to the Settings app, open Shortcuts and toggle on the "Allow Untrusted Shortcuts" option.

Once your device is set up to run shortcuts that you didn't create, download the "I'm getting pulled over.” Once installed, you can see the full sequence of events that will occur when it’s activated. Click "Add Untrusted Shortcut." You'll then be prompted with a configuration screen that will ask you to provide a contact who will be notified of your location if pulled over and will receive a copy of the video from the interaction. You can select multiple contacts for both options.

This article was originally published on June 17, 2020