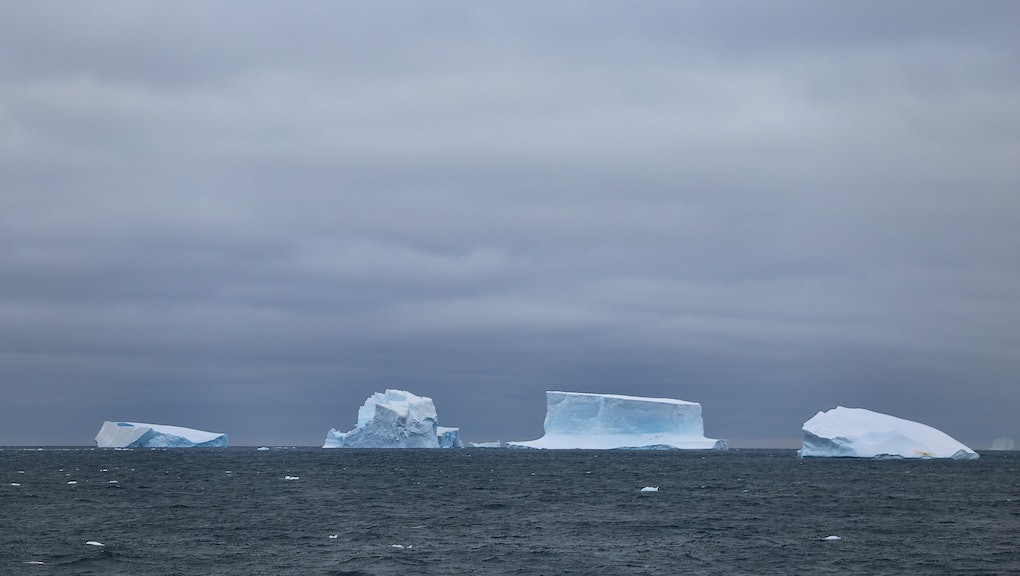 The Southern Ocean is officially our planet's fifth ocean

New music and movies are available on Friday, but new oceans apparently drop Tuesday. This week's new hot new release is the Southern Ocean, an absolute banger released by the National Geographic Society. Earlier this week, the organization announced that it would officially be recognizing the waters surrounding Antarctica as the planet's fifth distinct ocean.

Like when a new iPhone drops, you might be curious about the specs of the latest ocean. Well, according to the National Geographic Society, the newest body of water on Earth is located around the South Pole. The organization has defined its border as reaching all the way out to the 60-degrees south latitude mark, which essentially encompasses the area around Antarctica.

The Southern Ocean is unique in its borders, as it is not defined by land masses that fence it in. Instead, this ocean is defined by the Antarctic Circumpolar Current (ACC), the strongest ocean current on Earth. The ACC, which is believed to be roughly 34 million years old, helps to separate the waters that surround Antarctica from the rest of the world. The waters inside the current are colder and less salty than the waters that surround it, helping to keep Antarctica cold — though the current is changing as the planet warms.

You might be wondering: Who exactly gave the National Geographic Society the authority to declare what is and isn't an ocean? Well, the non-profit organization is one of the leading voices in establishing mapping standards, and its decisions are regularly referenced by atlases and cartographers. So when it makes a call like this, it tends to stick.

The National Geographic Society isn't exactly going out on a limb in declaring the existence of the Southern Ocean, either. Scientists around the world — including members of the International Hydrographic Organization, an intergovernmental group that surveys and charts bodies of water across the planet — have long recognized that the water surrounding Antarctica is a unique body of water. There has long been a hang up on what to call it (other options include Antarctic Ocean and Austral Ocean) and how to define it, but National Geographic took the step this week to make it official anyway, even without the IHO fully recognizing it.

So, say hello to the Southern Ocean! It's always been there, we just know what to call it now.

More like this
Greta Thunberg calls out G7 leaders for their frivolous and wasteful meeting on climate change
By AJ Dellinger
An oddsmaker explains why aliens are most likely to attack the U.S. first
By AJ Dellinger
Ring of fire solar eclipse: Here's how to watch
By AJ Dellinger
Stay up to date