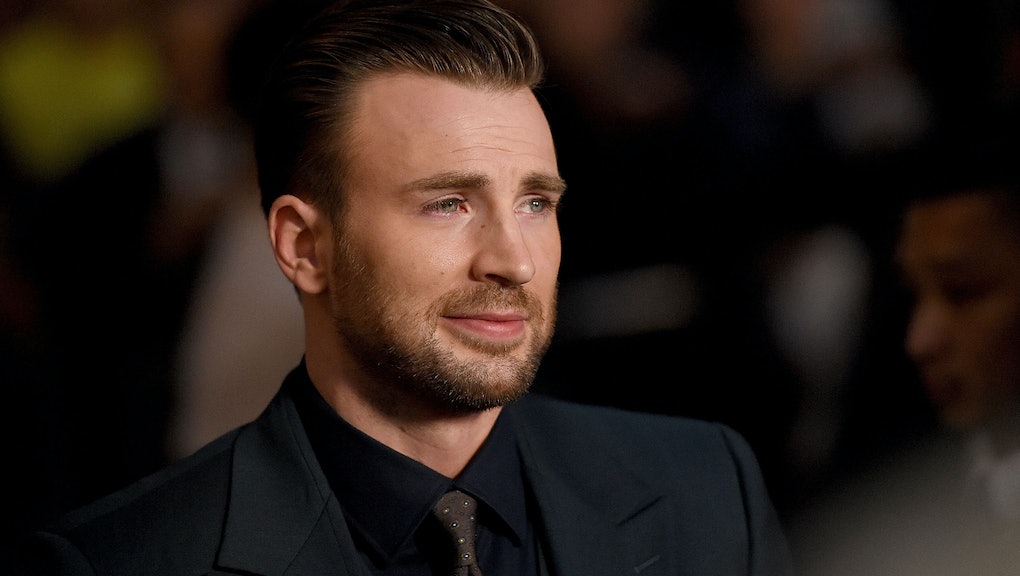 With famous people still stuck at home and their industries largely shut down, celebrity gossip now takes place almost entirely on social media. And as one A-list actor just learned, it’s a lot easier to overshare without a phalanx of press representatives buffering your image. In case you missed it, Chris Evans accidentally leaked his own nudes on Instagram this weekend, causing the internet to basically explode with pent-up lust.

But the flip side to the Captain America star’s faux pas is that it’s honestly not that remarkable. In an age when almost everybody has sensitive photos in their camera roll and we’re getting used to seeing celebs on platforms like OnlyFans, sharing sex online is only going to become more normal. After all, America is staring down potentially many more months of social-distancing, when meeting up for an IRL tryst is a very real health risk. In that sense, maybe we should be thanking Cap for somewhat normalizing pandemic nudes.

You might be wondering how an image Evans’s penis wound up on the internet. He was evidently trying to upload a video of a game of “Heads Up” to his Instagram story, and the clip contained a screenshot of his camera roll, which featured a photo of his junk. There was also a meme of Evans’s face and the text “Guard That Pussy” saved in the album. The star quickly deleted the post, but the ‘net was far faster, and screenshots of his penis flooded social media.

Accidentally sharing your nudes with the entire internet is embarrassing, sure. There have been a heck of a lot of jokes about Captain America’s dong pinging around Twitter. But the support Evans has received in the fallout of his gaffe is also pretty stunning. His stans flooded social media with safe content, like pictures of his dog, to bury the NSFW image. K-pop fandoms even co-opted the scandal, doctoring the screenshot of Evans’s camera roll to make it look like he was endorsing their favorite musician rather than leaking his own nudes. Mark Ruffalo tweeted at his buddy and told him not to sweat it as long as Trump is in the White House embarrassing the nation. Chrissy Tiegen joked about all the pictures of boobs in her own camera roll.

All the calls to respect Evans’s privacy are a welcome change, but the way the public has handled this scandal highlights the sexist double standard applied to women when their sensitive photos are leaked — often maliciously by hackers. In 2014, a man named George Garofano broke into hundreds of iCloud accounts and published nude photos of Jennifer Lawrence and other female celebrities on the internet. (He was sentenced to eight months in prison in 2018.) Lawrence was the victim of a crime, yet critics slut-shamed her, arguing she should have been more careful.

Bella Thorne took matters into her own hands last year when she posted her topless photos to thwart a hacker. She was largely celebrated for her tenacity but still attracted some high-profile criticism, including a lecture from Whoopi Goldberg: "If you're famous, I don't care how old you are. You don't take nude pictures of yourself,” she said on The View. Notably, Thorne is the most high-profile star on OnlyFans right now, raking in $1 million in a single day and simultaneously angering sex workers.

Anyhow, the trend of celebrities putting more and more of themselves on the internet, accidentally and on purpose, is only likely to accelerate as the pandemic plods on. “Social media has given celebrities their power back in some ways,” Julie Kramer, co-founder of Commentsbycelebs, which documents how famous people engage with each other online, told Fast Company this spring. “They can communicate directly with their followers. At the same time, it gives them a lot of responsibility, because it’s so much easier to screw up.”