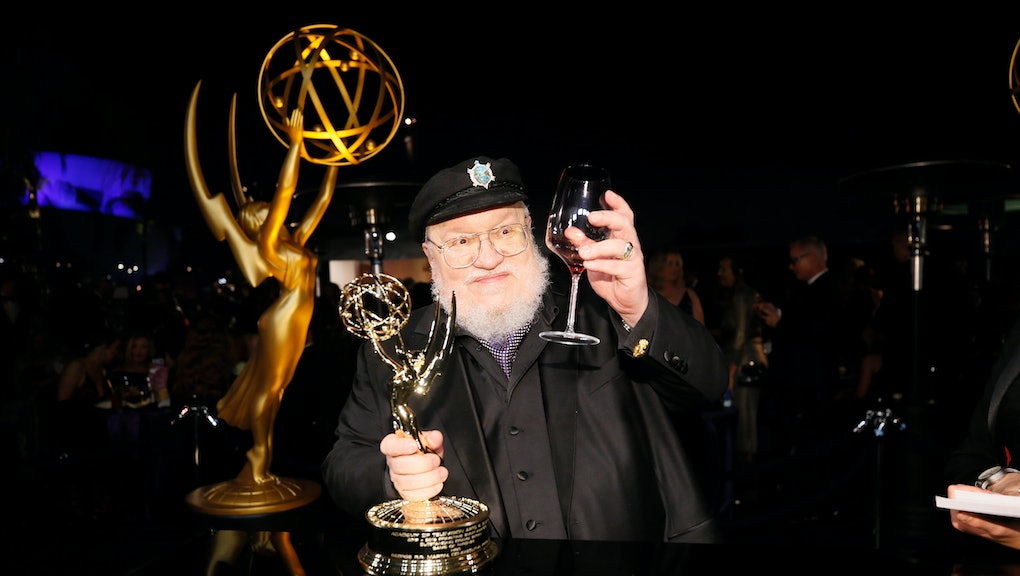 The streaming wars are coming for the Emmys

Sunday night’s Emmys were technically the “primetime” TV awards, but in an entertainment landscape increasingly dominated by streaming, that distinction no longer means very much. Emergent on-demand platforms like Disney+ and Apple TV+ are poised to join the fray this fall, and each advertised heavily during the Emmys telecast. With HBO’s awards stalwarts like Game of Thrones and Veep now out of the picture, prestige television could look radically different a year from now.

Cable still dominated the Emmys this year — but only slightly. HBO led the pack with a record-breaking 137 nominations and 34 awards, but Netflix was hot on its heels with 117 nominations and 27 wins. NBC was the sole traditional TV network to win anything last night, with two awards for Saturday Night Live.

The crush of new content out there is overwhelming. Who hasn’t found themselves stuck in streaming menu quicksand, scrolling endlessly through things to watch? The streaming wars also make keeping up with buzzy shows an expensive prospect, when you factor in multiple on-demand services and a cable subscription. Apple TV+ will cost $5 a month; Disney is $8; HBO Now runs $15; the Netflix's base plan is $9; and Amazon Prime Video costs the same. When you start to factor in live TV packages, monthly entertainment expenses could run well over $100 a month.

According to Deloitte’s annual digital media trends survey, 47 percent of US consumers say they’re frustrated by how many subscriptions it takes to watch what they want. Even more, 57 percent, said it makes them angry when their favorite TV shows disappear from services because the rights have expired. “Consumers want choice — but only up to a point,” Deloitte vice chairman Kevin Westcott told Variety. “We may be entering a time of ‘subscription fatigue.'”

To lure viewers to open their wallets, streaming services are investing in A-list talent. Apple has invested in projects featuring big names like Reese Witherspoon, Jennifer Aniston, Steven Spielberg, Oprah, and Prince Harry. Disney+ is developing a buzzy Star Wars series titled The Mandalorian. Many of these projects are bound to be good TV. Traditional TV networks plan to give Disney and Apple a run for their money by developing their own streaming offerings, too. Debuting a full slate of new programming this fall. But the fact is only a handful of shows can be recognized by the Emmys any given year, and what dictates the worthiness of those programs is dependent on the whims of a small group of industry insiders.

The assumption in Hollywood is that awards confer legitimacy, which translates to viewership. There’s certainly evidence that seemingly supports that. House of Cards was the very first “webisode,” or online-only episode of a TV show, to be nominated for an Emmy in 2013. It was the breakout series for Netflix that year and translated into six more seasons, with Emmy nominations every year, even after its star Kevin Spacey was fired in 2017.

Similarly, Veep was nominated nine times for its final season, after winning at least one Emmy each year it aired. But this year, despite a critically-acclaimed and fan-beloved finale, the show was completely snubbed and didn’t get a single win.

Streaming seems to be expanding the definition of what TV can encompass. Abandoning 30 and 60 minute programming slots has empowered filmmakers to experiment with their storytelling format, with many more limited series making a splash recently. Netflix and Amazon have proved that people will binge serialized stories, but there has also been some pushback to gluttonous content consumption, manifesting as “streaming fatigue.” What does seem clear, though, is that networks and awards shows will need to adapt as consumer behavior morphs along with our entertainment offerings.