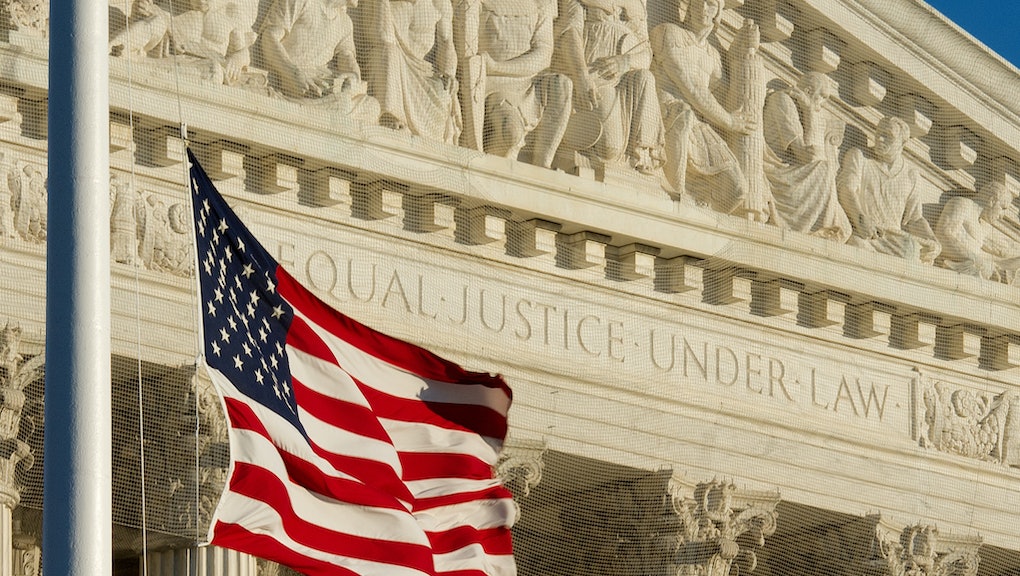 The Supreme Court weighed in Tuesday on a case in which the Trump administration is trying to keep at-risk inmates from being moved out of an Ohio prison that’s facing a coronavirus outbreak. The court refused the administration’s request to block an order from a federal judge, who ordered that hundreds of inmates should be moved quickly from Elkton Federal Correctional Institution, a low-security prison where, per The Washington Post, nine inmates have died from the virus and one out of every four inmates have tested positive.

“There is a continued risk of harm to others, including prison staff, if inmates remain in the prison and the virus continues to thrive among the dense inmate population,” Gwin wrote. “By thumbing their nose at their authority to authorize home confinement, [officials] threaten staff and they threaten low security inmates,” he added. Gwin urged officials to explore options ranging from compassionate release to prison transfers to help protect the at-risk prisoners.

The Trump administration tried to fight Gwin’s order, asking a higher court to shelve his decision. When the U.S. Court of Appeals for the Sixth Circuit didn't block it, the government moved on to the Supreme Court. However, they were only able to find three justices willing to grant their request: Clarence Thomas, Samuel Alito, and Neil Gorsuch, three of the court’s conservatives.

“People have a constitutional right to health, safety, and dignity while incarcerated — something that Elkton has proven it cannot provide right now.”

Instead, the majority declined to block Gwin’s order. However, it gave the government an open window to keep fighting the decision; the Trump administration can choose to issue a new filing later on, after the case has finished making its way through the court system. For now, the courts have merely declined to stay Gwin’s decision — the case itself is still ongoing.

When asking the Supreme Court to step in, U.S. Solicitor General Noel Francisco argued that Gwin’s order places too heavy of a burden on the government.

“A judicial order peremptorily requiring the removal of over 800 inmates from a federal prison based on an alleged Eighth Amendment violation — in the midst of a pandemic — presents extraordinarily significant questions and should not be imposed without this court’s review,” he wrote. The Eighth Amendment protects against cruel and unusual punishment.

The American Civil Liberties Union, which is representing a group of inmates who initially sued the government over the risk to their lives, released a statement urging courts to protect prisoners.

“People have a constitutional right to health, safety, and dignity while incarcerated — something that Elkton has proven it cannot provide right now,” the ACLU’s David Cole said in a statement to the Post. “Around the country, courts have been slow to step in and take responsibility to protect the tens of thousands of incarcerated people who are at risk from this virus.”