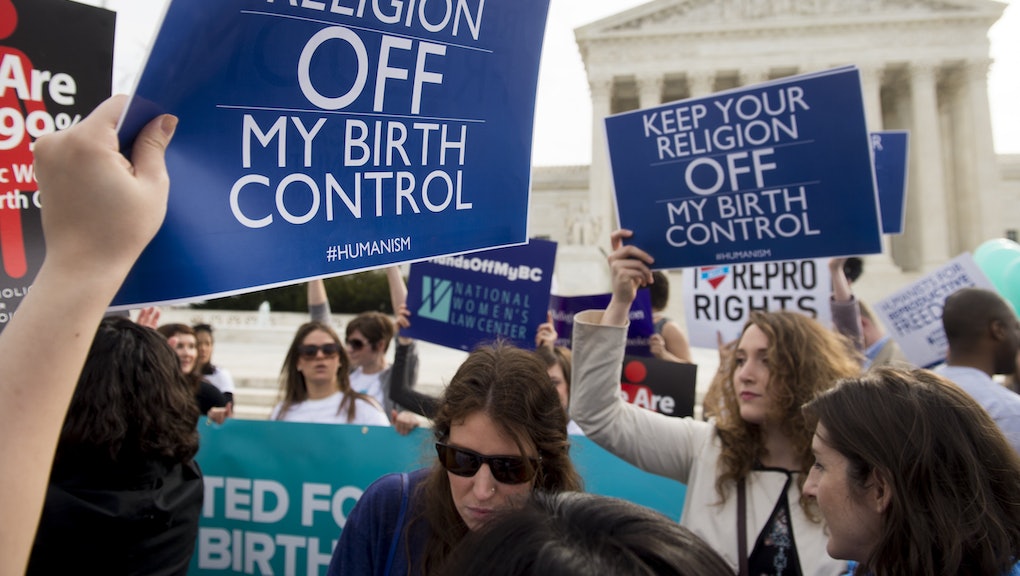 The Supreme Court on Wednesday announced that employers could continue to deny workers birth control under President Barack Obama's Affordable Care Act, so long as the employer had a moral or religious objection.

The 7-2 ruling is a major victory for the Trump administration, which had introduced regulations allowing employers to deny birth control coverage mandated under Obamacare. Only Justices Ruth Bader Ginsburg and Sonia Sotomayor dissented.

"We hold that the [Labor, Health and Human Services and Treasury] departments had the authority to provide exemptions from the regulatory contraceptive requirements for employers with religious and conscientious objections," Justice Clarance Thomas wrote in the majority opinion.

In a concurring opinion, Justice Samuel Alito compared the Little Sisters of the Poor — a Catholic order at the heart of litigation over coverage for birth control — to conscious objectors during wartime.

"The inescapable bottom line is that the accommodation demanded that parties like the Little Sisters engage in conduct that was a necessary cause of the ultimate conduct to which they had strong religious objections," Alito wrote. "Their situation was the same as that of the conscientious objector in Thomas, 450 U. S., at 715, who refused to participate in the manufacture of tanks but did not object to assisting in the production of steel used to make the tanks."

According to the ruling, the government estimates between 70,000 to 126,000 women could be at risk of losing their birth control coverage as a result of the court's decision.

In her dissenting opinion, Justice Ruth Bader Ginsburg laid the stakes of Wednesday's ruling out in plain language.

"This Court leaves women workers to fend for themselves, to seek contraceptive coverage from sources other than their employer’s insurer, and, absent another available source of funding, to pay for contraceptive services out of their own pockets," she wrote.

The White House was quick to hail the ruling, writing in a statement that "this Administration will continue working to protect healthcare, including contraceptive healthcare, for the American people."

Women's health care provider Planned Parenthood blasted the decision, writing that "birth control is a medical necessity. It helps us plan the lives we want, allowing us to choose if and when to have children. It's also used to treat things like endometriosis, migraines, pre-menstrual pain, and menstrual regulation."