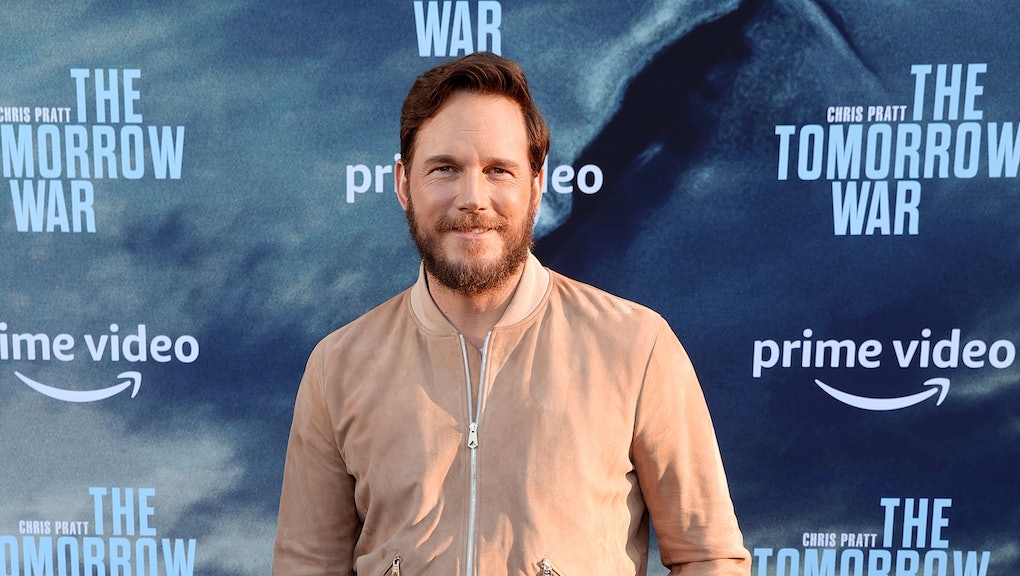 'The Tomorrow War' marks a return of garbage blockbusters, and we're here for it

This story has small spoilers from the film The Tomorrow War.

The first third of The Tomorrow War, the new alien-fighting Chris Pratt action flick from Prime Video, is among the roughest stretch of a blockbuster movie in recent memory. It is shoddily expository — some 30 years in the future, humanity has been so heavily wiped out in a war with aliens that we must go back in time to recruit more soldiers — paced terribly, and chock-full of egregious one-liners. The other two-thirds feel like another two separate movies, making the entire thing feel like a bit of a kitchen-sink big-budget mess. In short, it’s a big action movie that's kind of bad — but that’s also precisely what made me, and based on its audience ratings many others, feel rather good.

The film hit Prime Video this past holiday weekend after a long delay due to the pandemic, but it lands at the right time as a summer popcorn alien movie, perhaps most immediately reminiscent of a film like Independence Day. In this way it also feels satisfying as reminiscent of a bygone era for blockbusters: a summer film with primarily one big action star that is not, at least overtly, an adaptation or revival designed to be a tentpole franchise-starter.

But to make the comparison to Independence Day is perhaps a bit reductive to both films. The Tomorrow War doesn’t have that knowing, playful tone it infuses within the unserious schlock, the thing that has made Independence Day age well. Nor does its star Chris Pratt have, even with his historically dependable wise-cracking persona, the same megastar quality as Will Smith. And yet, The Tomorrow War tries, clumsily, to rise to be something greater than a humanity-versus-aliens movie: it’s also a time-traveling movie, a father-daughter movie, and then somewhat inexplicably, an Alien-alien movie.

The first part — the initial time-traveling action part that zaps Dan Forester (Pratt), a combat veteran in a rut, into the future — has the look and feel of the cinematic cut scenes of a first-person shooter video game. World-building is nonexistent, fine details are nonsensical (a worldwide draft is expedited, but civilians are not even told told how to kill the aliens before being shot into the future), the acting is stiff (Pratt’s first scene with his father, played by J.K. Simmons, is laughably bad), and the action is shot in a way that feels dead and flat despite the clearly exorbitant sums poured into its effects.

The father-daughter part comes midway, when Forester realizes the commander he had been talking to on his first mission in the future is in fact his grown-up daughter, played by Yvonne Strahovski. The twist is far from surprising or satisfying, but as the two team up and the self-serious tone grates, Yvonne Strahovski manages to salvage portions with what can be at times a well-calibrated emotionality. Then the film’s final act veers rather suddenly into the arctics of Russia, and Pratt and Co. are tiptoeing in a crashed alien spaceship.

The overstuffed mess is, of course, what makes it a rough and overlong product. But if one gives into its inanity, it also somehow manages to hit the mindless part of one’s brain that feels like what, even if it’s being viewed at home in the wake of a pandemic, the summer movies are all about — empty explosions, terrifying aliens, and contrived tears and twists.

The film, though, does reveal rather painfully that an action star is not an island. Pratt has been a solid choice in the Jurassic Park reboot films, and a delight within the ensemble of the Guardians of the Galaxy films and its Avengers cameos. But here, with bad writing and direction, his dramatic turns feel exposed, his blockbuster stature less prodigious.

And yet, it also feels like the movie that was meant for Pratt. Even with its background plot of a global anti-war response to the draft, the film is — as with most action movies, particularly fighting-an-alien race ones — a decidedly pro-military movie. It is, in other words, an appropriate vehicle for the man who publicly and unequivocally deemed America’s troops as the “good guys” who have “altered the course of the world for the better.”

The film does seem to slightly gesture toward the cavalier way the state treats civilians as soldier pawns, but it doesn’t exactly land a statement if it’s meant to make one. There is also the idea of how the governments of the world decide to act decisively about an imminent threat to the planet — only if it’s one that involves war-mongering, as opposed to say, a pattern of environmental devastation that will slowly but just as surely begin to wipe us out. But a film like The Tomorrow War isn’t built as a space for pondering, nor should it be. You just turn your brain off, buckle up, and enjoy the ride.