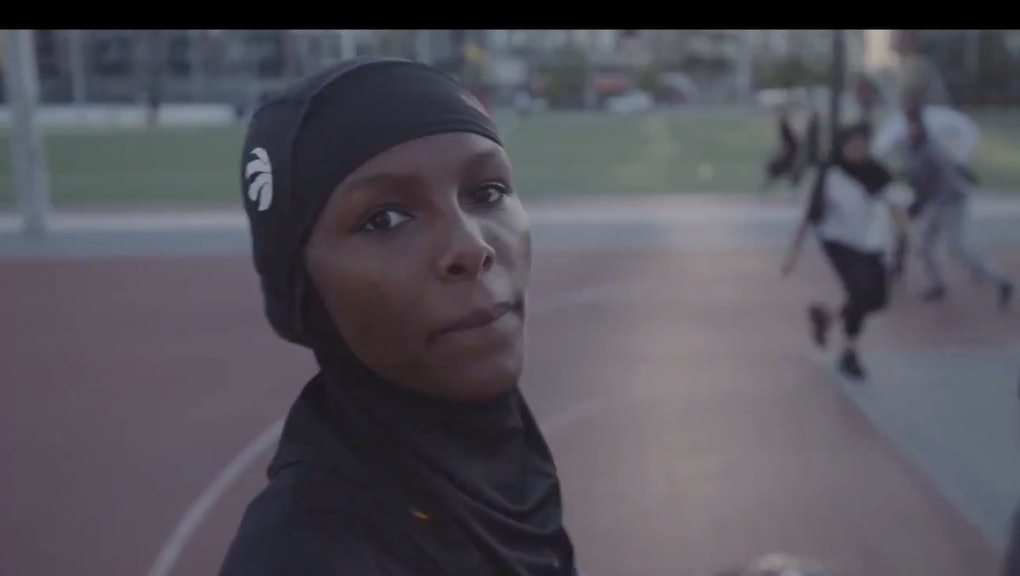 On Friday, the Toronto Raptors made strides to recognize fans of all cultures by unveiling a team-branded athletic hijab, becoming the first team in the NBA to sell merchandise centered around the head covering worn by some Muslim women. The Raptors partnered with Nike and were inspired by the Hijabi Ballers, a local Muslim women’s organization that organizes basketball games at a community court associated with the team.

“They really wanted to involve local Muslim female athletes,” the group’s founder, Amreen Kadwa, told the New York Times. “There was a genuine partnership and interest to highlight this group, making it authentic to the Muslim community. It’s been received positively among Muslim females and Raptors fans. Toronto is a great multicultural city to introduce something like this.”

Multicultural pride is paramount in the city of Toronto, so much so that the words “Diversity Our Strength” are inscribed on its coat of arms. More than half of its residents grow up speaking a language other than English, and 400,000 Muslims live in the Toronto area, according to the latest available Canadian census data.

Nike and the Raptors debuted the hijab in a video posted to Twitter on Friday, noting the garments were “inspired by those brave enough to change the game.”

“It sends a powerful message of inclusion to the Muslim community,” Ibrahim Hooper, national communications director of The Council on American-Islamic Relations, told the Times. “I think the Raptors deserve to be congratulated for taking a step that other teams have yet to make.”

Predictably, the head coverings drew ire from some critics who called the hijab a symbol of oppression. FIFA upheld a ban on the hijab until 2014, and even barred Iran’s women’s football team from competing in a 2011 Olympic qualifying match because of their head coverings. The International Basketball Federation didn’t overturn a ban on athletes wearing hijab and yarmulke until 2017. The issue of hijab in sports continues to prove divisive.

“It’s hard for me to understand that,” Mustafa Farooq, executive director of The National Council of Canadian Muslims told the Associated Press. “One of the beautiful things about sports is that everyone can play. Highlighting that [..]. everyone should get a shot is such a beautiful thing to do, so obviously we thank the Raptors for taking this step.”