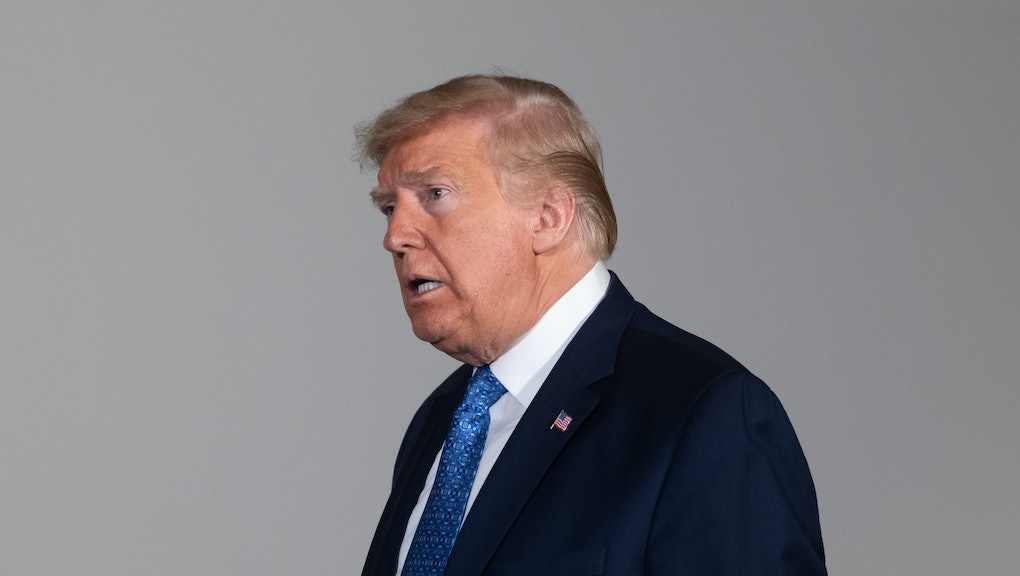 The coronavirus pandemic is disrupting services across the globe, including reproductive health care access. Both the World Health Organization and the United Nations highlighted the importance of ensuring sexual and reproductive health access in response to the pandemic. But the Trump administration has gone a different way, demanding that the U.N. remove abortion access language from its pandemic response plan.

In March, the U.N. launched its $2 billion global humanitarian response plan to the coronavirus pandemic. The plan acknowledges that the pandemic will disrupt regular services for the general population, including "sexual and reproductive health services, mental health and psychosocial support, and overall management of non-communicable diseases." As a result, the U.N. names one of its objectives as ensuring the continuity of "essential services," including reproductive health care.

On Monday, John Barsa, the acting administrator of the U.S. Agency for International Development, sent a letter to U.N. Secretary-General António Guterres objecting to body's pandemic response plan. Barsa specifically stated that "the United States stands with nations that have pledged to protect the unborn."

"To achieve global unity toward this goal, it is essential that the U.N.'s response to the pandemic avoid creating controversy. Therefore, I ask that you remove references to 'sexual and reproductive health,' and its derivatives, from the Global HRP, and drop the provision of abortion as an essential component of the U.N.'s priorities to respond to the COVID-19 pandemic," Barsa wrote.

Barsa also said that the U.N.'s call for the "widespread distribution of abortion-inducing drugs and abortion supplies, and for the promotion of abortion in local country settings" is "most egregious." He went on to add, "Now is not the time to add unnecessary discord to the COVID-19 response."

The letter has been met with condemnation from human rights organizations. Serra Sippel, the president of the Center for Health and Gender Equality (CHANGE), told CNN that "USAID should be ashamed for its outlandish attempt to use coronavirus as a means of dismantling a long-standing sexual and reproductive health rights framework from the U.N.'s pandemic response."

"When the United States steps away from an internationally agreed upon [sexual and reproductive health and rights] framework, it steps away from protecting women's right to life," Sippel added.

The Trump administration has regularly gone after reproductive rights. In 2017, the administration expanded the global gag rule, which prohibits U.S.-supported non-governmental groups abroad from using money to provide abortion access, or even referrals for safe abortions, except in limited circumstances. A 2019 report by the International Women's Health Coalition found that the gag rule is leading to a rise in unwanted pregnancies and unsafe abortions — effectively, killing women.

The administration has also lobbied before for the removal of language around reproductive rights from U.N. documents. In April 2019, the U.N. watered down its rape resolution after the U.S. threatened to veto the measure.

While Barsa's letter claims that the U.N.'s inclusion of sexual and reproductive health is adding "unnecessary discord" to the coronavirus response, others argue that ignoring the need for these services is irresponsible.

"[Sexual and reproductive health and rights] is and has always has been a critical part of any humanitarian response; lives depend upon it. The health needs of women and girls do not stop because we are in the middle of an emergency. In fact, they increase," Michelle Nunn, the president and CEO of CARE USA, tweeted.

In April, a U.N. report found the pandemic will be particularly disastrous for women. In addition to rising domestic violence rates, the report predicted that if lockdown continued for another six months, there would be 7 million unplanned pregnancies. That same month, the International Planned Parenthood Federation said that over 5,000 health clinics have closed in 64 countries. After the pandemic began, Texas and Ohio dubbed abortions as "non-essential" services, severely limiting patients' access to the procedure.

Akila Radhakrishnan, the president of the Global Justice Centre, told The Guardian that Barsa's letter was “a disgraceful and dangerous attack on essential health services at the worst possible time."

“No matter what the U.S. government says, abortion is a fundamental human right and reproductive care is always essential, including during a pandemic. At a time when countless lives are at risk, the U.S. has yet again decided to put its efforts into restricting health care instead of expanding it," Radhakrishnan said.

More like this
The EACH Act would overturn a "blatantly racist" abortion rule. Will it pass?
By Clare Busch
FEMA said it would reimburse cities for housing homeless people. Most cities ignored the offer
By AJ Dellinger
West Virginia is bribing young people to get vaccinated with cold hard cash
By Vanessa Taylor
Stay up to date