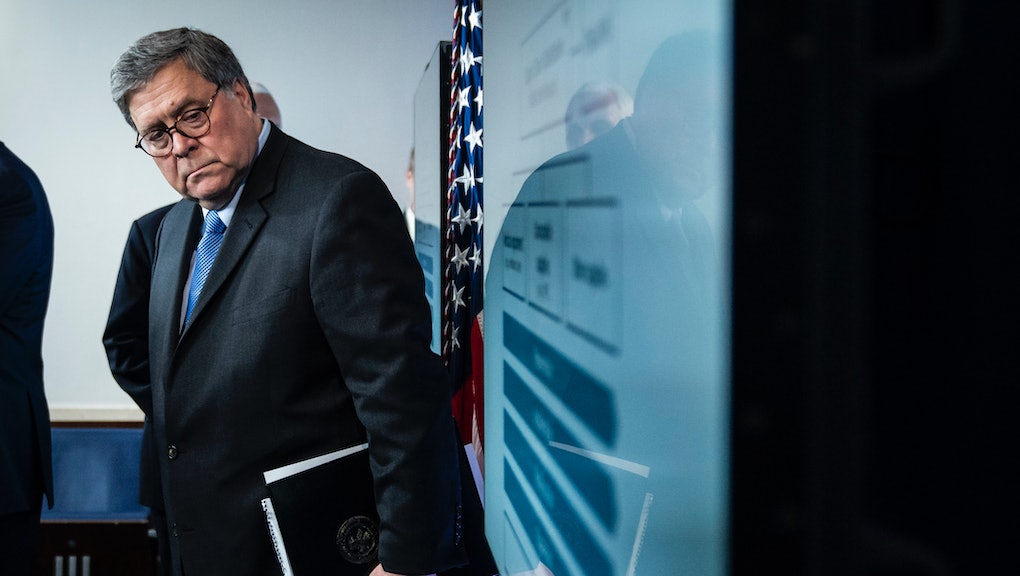 To combat coronavirus, most states have restrictions in place to limit crowds. In March, Virginia Gov. Ralph Northam (D) issued a statewide stay-at-home order temporarily prohibiting gatherings of over 10 people. But on April 5, the evangelical Lighthouse Fellowship Church in Chincoteague, Virginia, held a service with 16 people in attendance. Police interrupted the event to issue a summons to Pastor Kevin Wilson for violating Northam's stay-at-home order, Vice reported, which could result in up to a year in jail or a $2,500 fine. But despite the fact that social distancing restrictions are intended to protect public health amidst the pandemic, the Trump administration is backing the church, with the Justice Department suing the state of Virginia over Wilson's summons.

Liberty Council, a conservative Christian legal organization, filed a federal lawsuit against Northam on behalf of Lighthouse, claiming that Northam violated their religious freedom. The case may have remained under-the-radar if it wasn't for the Department of Justice filing a statement of interest in support of the church on Sunday.

“The United States does not take a position in this statement on the advisability of in-person gatherings in Virginia or in any of its localities at this time, as the proper response to the COVID-19 pandemic will vary over time depending on facts on the ground,” the statement of interest says. “But the Commonwealth cannot treat religious gatherings less favorably than other similar, secular gatherings.”

The DOJ's position is not too surprising given that last month, Attorney General William Barr threatened to sue states who continue social distancing. Barr said at the time that stay-at-home orders were "disturbingly close to house arrest" and "very, very burdensome impingements on liberty."

But despite the DOJ's implication that Lighthouse was treated "less favorably than other similar, secular gatherings," Wilson wasn't the only one who has received a summons from the state of Virginia. Last month, a report found at least seven people were cited for violating the stay-at-home order on Virginia's Eastern Shore. And while there is an exception for 10-person gatherings for some businesses, that's not enough to claim religious freedom is being violated.

On Friday, U.S. District Judge Arenda Allen denied the church's request for a preliminary injunction and a temporary restraining order. Allen's ruling said the exception for businesses "is essential to prevent joblessness at a time when people desperately need to retain their incomes and health care, and at a time when unemployment is drastically rising." She also noted that the church has the resources and equipment to broadcast its services online.

This case is exposing a clear double standard. While the DOJ rushes to protect an evangelical church, religious minorities have become scapegoats throughout the pandemic. Last week, New York City Mayor Bill de Blasio (D) faced heavy criticism when he singled out the Jewish community in a tweet after a massive funeral for a rabbi was attended by over 2,000 people in Williamsburg, Brooklyn. De Blasio apologized after critics said he was "inviting anti-Semitism".

Last month, meanwhile, President Trump implied without evidence that mosques are skirting social distancing orders while Muslims prepared for Ramadan. In early April, Truthout reported, "there is no shortage of media, hashtags on Twitter, and lawmakers employing Islamophobia to foment panic and division by linking COVID-19 with Muslims and Islam."