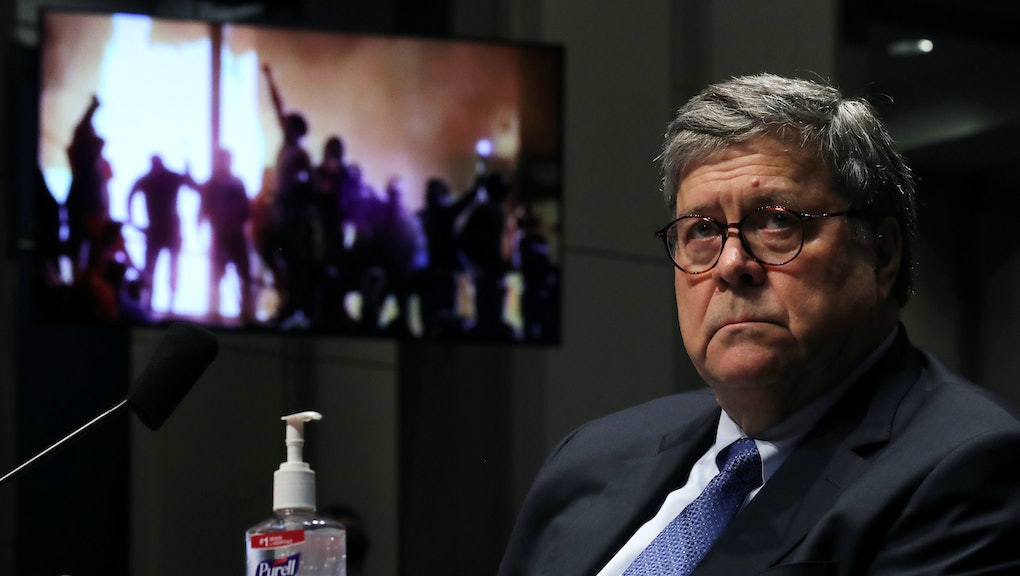 Writing in a memo to Attorney General William Barr on Wednesday that "anarchy has recently beset some of our states and cities," the president singled out Portland, Seattle, and New York as hotbeds of what Trump described as "violence and destruction"

"My administration will not allow federal tax dollars to fund cities that allow themselves to deteriorate into lawless zones," Trump's memo explained. "To ensure that federal funds are neither unduly wasted nor spent in a manner that directly violates our government’s promise to protect life, liberty, and property it is imperative that the federal government review the use of federal funds by jurisdictions that permit anarchy, violence, and destruction in America’s cities."

Accordingly, the president has given Barr two weeks to confer with the Department of Homeland Security and White House Office of Management and Budget before he is to "publish on the Department of Justice website a list identifying state and local jurisdictions that have permitted violence and the destruction of property to persist and have refused to undertake reasonable measures to counteract these criminal activities (anarchist jurisdictions)."

And just what is Barr supposed to be looking for when he assesses which American cities are, in fact, anarchist jurisdictions (itself something of an oxymoron) in disguise? Per the president's memo:

(i) whether a jurisdiction forbids the police force from intervening to restore order amid widespread or sustained violence or destruction;

(iii) whether a jurisdiction disempowers or defunds police departments;

(iv) whether a jurisdiction unreasonably refuses to accept offers of law enforcement assistance from the federal government; and

(v) any other related factors the attorney general deems appropriate.

Put in slightly more simple terms: If a city responds to the massive ongoing social justice movement rolling across the nation by acting well within its rights to assign and appropriate its local police response accordingly, then, according to the Trump administration, it has in fact descended into total anarchy and should be left to rot.

During a call with reporters on Wednesday evening, New York Gov. Andrew Cuomo (D) responded to Trump's threat of withholding federal funds by lashing out personally against the president, saying at one point that "the best thing he did for New York City was leave. Good riddance. Let him go to Florida."

"Be careful not to get COVID," Cuomo added.

More like this
This poll shows just how strong Trump's hold on Republican voters is
By AJ Dellinger
Trump thinks Robert E. Lee would have been great in Afghanistan
By Rafi Schwartz
Biden just took a swing at the terrible house of cards Trump left behind
By Rafi Schwartz
Stay up to date