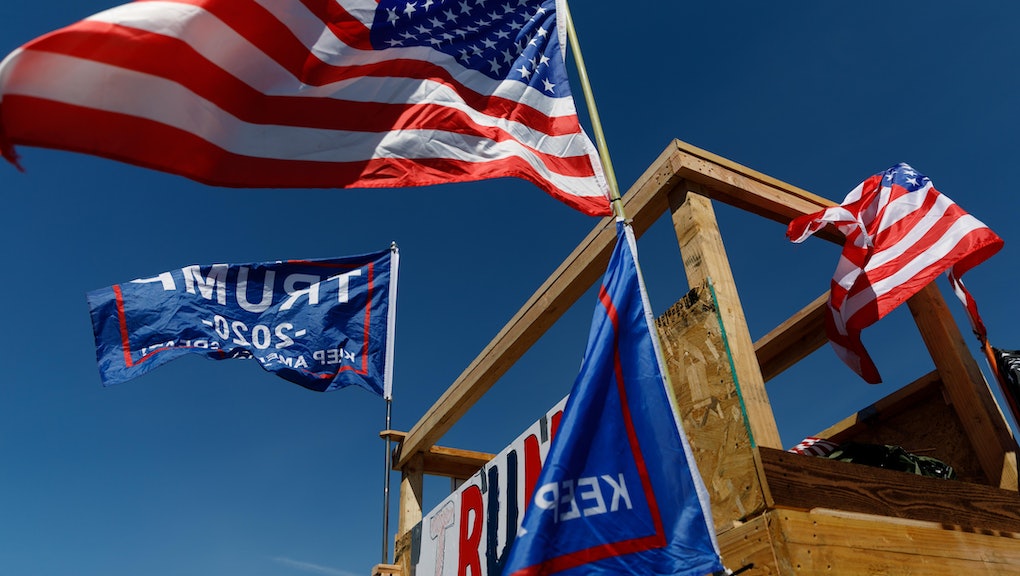 Re-election has been on the forefront of President Trump's mind since the day of his inauguration. That's not an exaggeration: Just five hours after being sworn into office, Trump filed his paperwork for re-election. That head start should have given him a major financial lead. Instead, a New York Times investigation found that the Trump re-election campaign has already blown through most of its $1.1 billion funds, while Democratic presidential candidate Joe Biden is bringing in some major cash.

For its investigative report, The New York Times spoke with dozens of current and former Trump campaign aides and reviewed thousands of documents. The Times found that from January to July, Trump's campaign has already spent more than $800 million, representing almost three-quarters of its total funds.

What's most notable about this report isn't just that the campaign blew through cash that quickly, but that it squandered a huge financial lead. Money shouldn't make an election but, at the end of the day, it's important. And when Biden emerged as the presumptive Democratic nominee, he was nearly $187 million behind Trump.

But rather than distributing its funds wisely, it seems the Trump campaign has made some questionable financial choices. For example, the Trump campaign spent $11 million on Super Bowl ads to match spending by short-lived candidate Michael Bloomberg in what the Times called a "vanity splurge." It also spent $1 million on television ads in Washington, D.C., a region that leans heavily Democratic and thus isn't really a productive place for a Republican candidate to drop big money. But, of course, Trump lives in Washington, D.C.

In addition, most of the campaign's poor financial decisions happened under Brad Parscale, the former campaign manager. Parscale was demoted to the 2020 campaign chief following Trump's flop of a campaign rally in Tulsa, Oklahoma, in June. Since Parscale was replaced by Bill Stepien, the campaign "has imposed a series of belt-tightening measures that have reshaped initiatives, including hiring practices, travel, and the advertising budget", the Times reported.

Still, there's not a lot of time left before the election, and Trump squandered chances to raise a lot of money earlier this year. During a pandemic, you have to shake up your fundraising strategy, and many politicians looked to Zoom as a potential fundraising platform. While the Times reported that Trump dismissed Zoom fundraisers as his "basement" strategy, Biden was not hesitant to utilize them. Last month, the former vice president raised $364.5 million, breaking past one-month fundraising records.