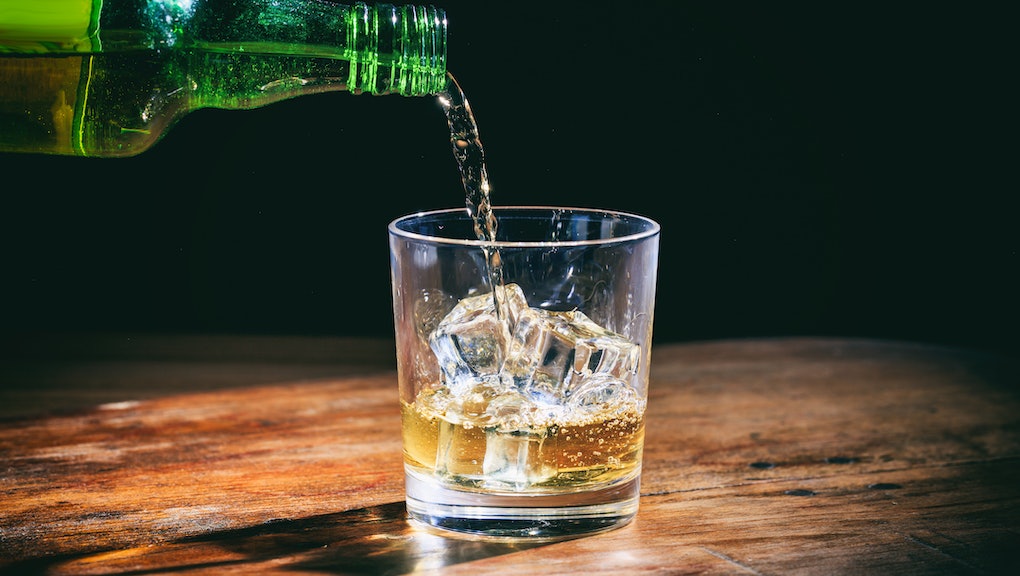 The truth about drinking whiskey to fight a cold

Sipping on whiskey sound way better than holding your nose while throwing back a cupful of NyQuil? You're in luck. The hot toddy, a mix of whiskey, honey and hot water, is a classic standby for alleviating cold symptoms, aka making your sneezing, congestion or runny nose far less miserable.

It's not just an old wives' tale that a jigger of alcohol can help people suffering from sniffles — science confirms that the ingredients in hot toddies really can help to alleviate sore throats and stuffy noses.

The healing properties of hot toddies

Even a novice home bartender will be able to whip up a hot toddy — the most basic recipes (like this one from Epicurious) call for mixing two tablespoons of bourbon with a tablespoon of honey, two teaspoons of lemon juice and a mugful of boiling water.

The ingredients in hot toddies make them a quadruple-threat against cold symptoms. From aiding with sleep to soothing a scratchy throat, here's how the ingredients in a hot toddy could ease your sniffly suffering.

(Editor's note: Mixing alcohol and medicines can be dangerous so always talk to your doctor to determine the best way to treat your symptoms.)

Bottoms up! When your body is in pain, alcohol can take the edge off. It's why many over the counter medications contain small amounts of booze. Some medicines (including popular cough syrups like NyQuil) contain up to 10% alcohol.

The whiskey in hot toddies could help you relax and help you fall asleep faster but beware, it might lead to less quality sleep. People consider alcohol a sleep aid but it's more often a sleep disruptor. Researchers found that people who had an orange juice and vodka nightcap before dozing off had lower quality zzz's compared to a control group that had OJ before bedtime, Time reported.

Boiling water with a bit of cloves and cinnamon gives the hot toddy its warming temperature — and this is good for far more than warming your chilled hands. Research reveals sipping hot liquids can decrease congestion. (Researchers noted that inhaling the hot vapor wafting off hot chicken soup was especially effective.) Sip and sniff, folks!

A spoonful of the sweet stuff tastes delicious and also works to soothe a cough. Researchers found that two teaspoons of honey at bedtime reduced cough frequency in children.

This article was originally published on Jan. 11, 2017

More like this
TikTokers are demystifying ADHD with truth and just enough levity
By Joseph Lamour
What is a breakthrough infection?
By Sanjay Mishra
The second vaccine shot is actually the star, new research shows
By Tracey Anne Duncan
Stay up to date